Nurlan Nogayev replaced Kanat Bozumbayev in the key role of the energy minister of the oil and gas exporting Central Asian nation. Bozumbayev was named as a presidential aide.

Nogayev, an oilman and energy specialist by training, was previously the governor of the Atyrau Region. Under his leadership, the region experienced big land reform protests in 2016 but Nogayev then promised not to prosecute two organisers of the protest.

Following his appointment, he told journalist he had “kept his word”, explaining that the activists were prosecuted and convicted for “other reasons.”

According to an official press release, Tokayev already talked with the new energy minister and “the meeting focused on cooperation with major global and domestic companies in the oil and gas, and energy sectors.”

The new energy minister will have to fill the post of his deputy, considered by some to be “cursed” as three previous occupants are now detained on corruption charges.

Tokayev also removed Darkhan Kaletayev as deputy chief of staff, a position he had occupied since March, without giving obvious reasons. Maulen Ashimbayev, previously the deputy chair of the ruling party and presidential aide until now, was named as Kaletayev’s replacement.

Imangali Tasmagambetov was relieved from the post of the Kazakh Ambassador to Russia, one of the key diplomatic post for a nation that pursues ‘multi-vector’ foreign policy.

Tasmagambetov, a political heavyweight, has previously occupied leading positions in the Kazakh government, including that of prime minister, defence minister, and presidential aide.

Tasmagambetov turned 63 this month and reached the retirement age of Kazakhstan, which was given as the reason for his removal. Tokayev, who is 66 years old, has not yet appointed a new ambassador.

Madina Abylkassymova was relieved from her position as deputy chair of the National Bank and was appointed as the chairwoman of the newly created financial market regulatory agency, separated from the National Bank.

President Tokayev “gave Abylkasymova a number of specific instructions to ensure the stability of the banking system and development of the financial sector,” said an official press release.

Tokayev, the political “child” of former president Nursultan Nazarbayev who ruled Kazakhstan since Soviet times, was overwhelmingly elected as the new leader of the country last June. In his first state-of-the-nation address last September, he promised to oppose ‘unsystematic political liberalisation’ and instead carry reforms ‘without running ahead’.

Nazarbayev, who holds the honorary title of “Leader of the Nation”, is still active in the various foreign affairs formats he initiated. 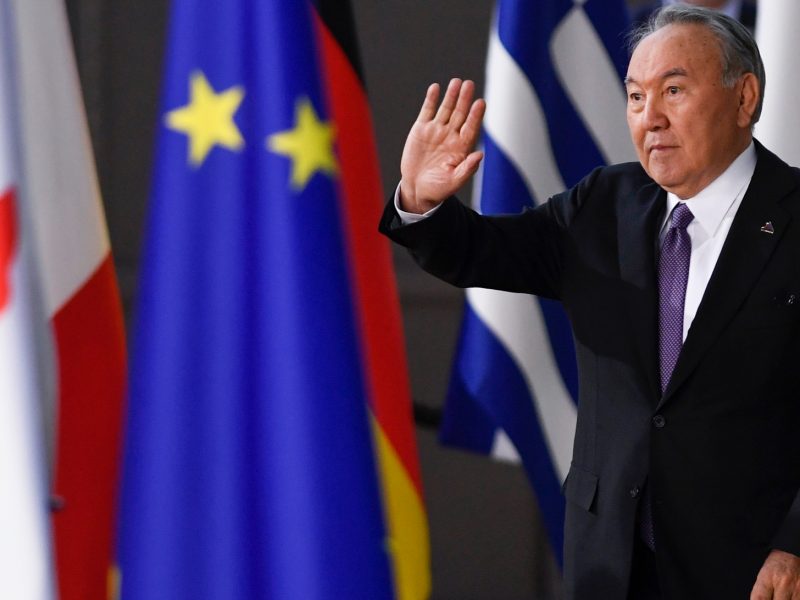 Lodged between China and Russia, Kazakhstan, a country with huge territory and a modest population, pursues a ‘multi-vector’ foreign policy, positively engaging with its big neighbours, but also with the US and the EU and the global community.