Kazakhstan says it has secured supplies of Russian COVID-19 vaccine 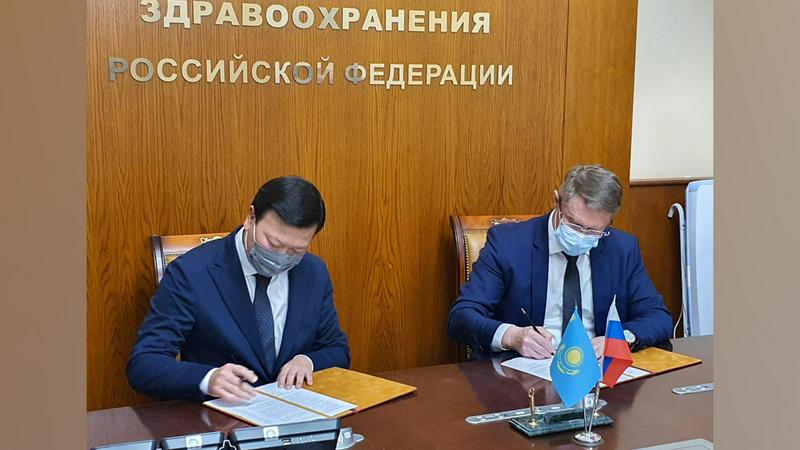 An agreement of understanding was signed between the Russian Direct Investment Fund and SK-Pharmacy on the allocation of a guaranteed volume of the Sputnik V vaccine after passing all stages of testing. [Kazinform]

Kazakhstan has signed a deal to get supplies of Russia’s first potential COVID-19 vaccine once clinical trials are complete, the Central Asian nation’s government said on Wednesday (26 August).

The government did not say how many doses of the vaccine it planned to buy and at what price. It said the vaccine would be made available to at-risk Kazakh citizens free of charge.

The vaccine, called “Sputnik V” in homage to the world’s first satellite launched by the Soviet Union, has been hailed as safe and effective by Russian authorities and scientists following two months of small-scale human trials.

But Western experts have been more sceptical, warning against its use until all internationally approved testing and regulatory steps have been seen to be taken and proved a success.

The backers of the Russian project said last week they were starting large-scale trials of the vaccine that would involve more than 40,000 people and would be overseen by a foreign research body.

In parallel, Kazakhstan is reportedly working to develop its own COVID-19  vaccine.

The local press reported that a laboratory in Almaty, the country’s biggest city, has reported the successful completion of preclinical trials of the Kazakhstani vaccine against COVID-19 called QazCovid-in.

Reprotedly, the preclinical trials demonstrated that the vaccine is safe for further tests on humans.