Kazakhstan says it has upper hand in multi-billion legal case 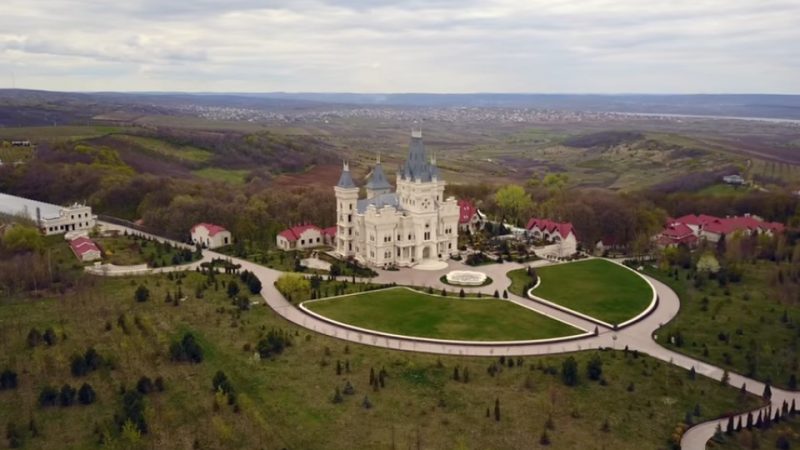 Father-and-son team Anatolie and Gabriel Stati, probably the richest people in Moldova, built themselves a castle in their home country. [Screenshot from video]

Legal representatives for the government of Kazakhstan have told EURACTIV they believe the Central Asian country has gained the upper hand in a long-running legal battle surrounding what they called “one of the biggest frauds in the history of international arbitration”.

Since 2010, Kazakhstan has been locked in a legal battle against Moldovan and American businessmen, father-and-son team of Anatolie and Gabriel Stati, who allegedly sought to profit from an arbitral ruling secured against Kazakhstan through the use of what the country says is falsified evidence.

An English High Court judgement by Justice Robin Knowles in June 2017 referred to prima facie evidence of fraud by the Statis. The Statis then tried to dismiss an arbitration case in London, in which they were seeking compensation from the Kazakh government, following the Knowles Judgement.

The Statis, believed to be among the richest people in Moldova, run a web of hundreds of companies around the world from their home country.

Their companies featured in the Panama Papers, a huge leak of financial information revealing details of how the world’s richest people use tax havens.

The Statis and one of their partners, Daniel Chapman and his Argentem Creek group of companies, are alleged in  the US District Court for the Southern District of New York, of using business operations in Kazakhstan as a front for illegal activities.

They are accused of having raised hundreds of millions of dollars by selling notes issued by their company, Tristan Oil Ltd, to third-party investors, for the purported purpose of financing the oil and gas operations of two companies, Kazpolmunay LLP (KPM) and Tolkynneftegaz LLP (TNG).

The process is believed to have stripped assets from KPM and TNG.

Unaware of the crucial details of the Statis’ scheme, which dates back to at least 2006, Kazakhstan terminated KPM and TNG’s contracts and placed their subsoil use assets into trust management to preserve them from decay.

The Statis then initiated arbitration against Kazakhstan under the EU-supported Energy Charter Treaty (ECT), pleading before a Swedish tribunal that their operations in Kazakhstan were legitimate investments, that the state had denied them “fair and equitable” treatment and owed them billions of dollars.

The Statis, for their part, say they are victims of a longstanding unlawful campaign by the Kazakh state. The arbitral tribunal in Sweden in 2013 awarded them a $543 million award in compensation. The Statis had requested more than $3 billion in damages.

Following the Swedish tribunal ruling, the Statis initiated similar proceedings in England, the United States, Belgium, the Netherlands, Italy, and Luxembourg and claim to have frozen more than $6 billion in Kazakh assets.

Kazakhstan says the documents initially provided by the Stasis had been doctored. Now the country’s legal representatives say new evidence discovered through foreign legal proceedings initiated by the Kazakh government could swing the case in its favour.

Matthew Kirtland, a partner in the Washington office of global law firm Norton Rose Fullbright, who is representing the government of Kazakhstan, told EURACTIV on Wednesday (16 June) that “after years of systematic lies by the Statis and their co-conspirators”, Kazakhstan was “pleased that the truth is now coming to light”.

“KPMG’s August 2019 withdrawal of all of its audit reports for the falsified Stati financial statements was a turning point in Kazakhstan’s quest for justice. Now, the Statis and their co-conspirators are facing the fact their attempt to commit one of the biggest frauds in the history of international arbitration is being exposed,” Kirtland said.

Kirtland said the evidence indicates that the Statis conducted their activities by setting up various companies which they presented as third-party entities but which they secretly controlled, using those to artificially inflate the expenses of their Kazakh operations, double-billing for equipment, and billing for non-existent equipment.

In April 2019, the former CFO of the Statis testified under oath in the US, saying that Stati lied to KPMG while this company was auditing their financial statements.

In August that same year, upon reviewing this evidence and conducting its own independent investigation, KPMG is reported to have withdrawn all of its audit reports used by the Statis in the various lawsuits.

In total, KPMG is believed to have cancelled 18 audit reports covering three years of financial statements issued by companies controlled by the Statis between 2007 and 2009.

EURACTIV contacted the KPMG office on Wednesday for a request to comment but received no reply by the time of the publication.

Another victory for the Kazakh side came the same month, in August 2019, when Kazakhstan obtained Stati bank records from Latvia, Kirtland added.

Kazakh Vice-Minister of Justice Almat Madaliyev told EURACTIV that his country “will defend against this massive abuse of a system designed to protect honest investors and will not concede to the Statis and their co-conspirators trying to get away with one of the biggest frauds in the history of the Energy Charter Treaty”.

Kazakhstan is confident, Madaliyev added, that “justice will be delivered against the Statis and their co-conspirators”.

EURACTIV asked the Energy Charter Treaty secretariat to comment on the case but did not receive a response before publication.