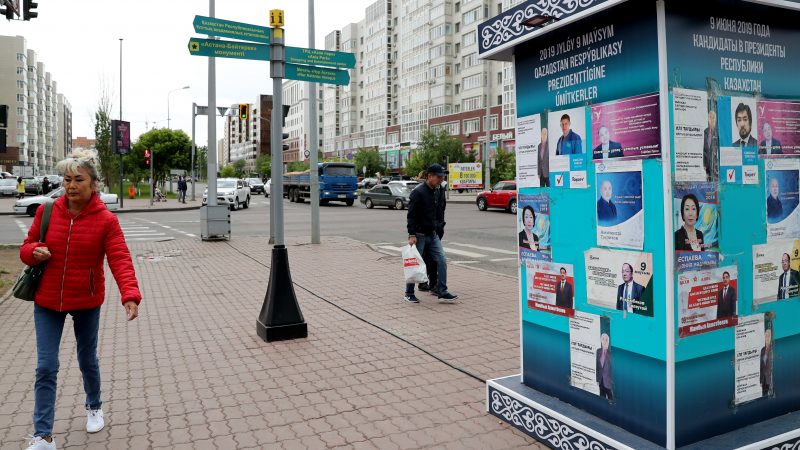 Kazakhstan, a post-Soviet country which has been repeatedly criticized by Western rights group, is passing legislation to improve its standing on human rights.

The new President Kassym-Jomart Tokayev, a former UN official by background, was elected in June 2019 and has committed himself to political reform and what could be described as “controlled democratization” of his country. Key words in his messages are a “listening state”, “civic engagement”, “enhanced state-society dialogue”, and “building trust”, while the upcoming elections for the Majilis, the lower chamber of the Kazakh parliament, on 10 January, are expected to institutionalise the political opposition in the country’s life.

Unlike many other countries in the EU neighbourhood, Kazakhstan, a resource-rich country, does not have ambitions to join the EU, and its drive toward democratization is not a result from Western pressure. Kazakhstan is the world’s eighth largest country, the size of Western Europe, but with a low population of 18 million.

Kazakhstan is located in the heart of Central Asia, but 10% of its territory is considered European. The country is not a member of the Council of Europe (CoE), the oldest European organization specialized in human rights. However, it works closely with CoE, and participates in two EU/CoE regional initiatives for Central Asia. These are the Central Asia Rule of Law Programme and the programme “Support to reforms of electoral legislation and practice and regional Human Rights instruments and mechanisms in countries of Latin America, Central Asia and Mongolia”.

Kazakhstan has sought to preserve the positives of its Soviet inheritance – a decent level of health and education, equality – at least in theory – between men and women, a secular society with interethnic relations that remained, in these lands, largely uncontroversial.

More concretely, Kazakhstan has adopted regulatory legal acts to implement policies in the ethnic sphere. Thus, the Law “On Languages ​​in the Republic of Kazakhstan” meets the requirements of the OSCE High Commissioner on National Minorities, which states are imposed on states in their ethnic policy. The state pays great attention to the teaching of ethnic languages ​​and the organization of the educational process in these languages. There are 88 schools in Kazakhstan, where instruction is fully conducted in Uzbek, Tajik, Uyghur and Ukrainian languages. In 108 schools, languages ​​of 22 ethnic groups of Kazakhstan are taught as an independent subject.

There are 32 national print media in the country in 13 languages ​​of ethnic groups of Kazakhstan. The Madeniyet (culture) TV channel broadcasts programs in 3 national languages ​​(Uyghur, Korean, German). There are more than 100,000 ethnic Koreans in Azerbaijan, whose ancestors left their peninsula in the beginning of the 19th century and migrated to then wealthier Russia. There is an estimated 170,000 Germans in Kazakhstan, most of whom are the offspring of Volga Germans, who were deported to the then Soviet republic from the Volga German Autonomous Soviet Socialist Republic soon after the Nazi Invasion during World War II. The Russian language is widely spoken and remains the lingua franca of the region.

The country invests a lot in its potential to bring together politicians from different continents and promote multiculturalism and religious tolerance.

More than 20,000 NGOs are registered in Kazakhstan, including around 500 dealing with family and gender policy issues and making a contribution to the empowerment of women. There are over 8,000 NGOs (36.7%) headed by women. LGBTI activists and representatives have created relevant non-governmental organizations and are free to engage in human rights work.

Lately, Kazakhstan has also made efforts to create opportunities for people with special needs, working hand in hand with the Organization for Security and Cooperation in Europe (OSCE).

2 responses to “Kazakhstan seeks to improve its human rights record”