Nazarbayev, Kazakhstan’s first president since the country’s independence in 1990, surprisingly resigned on 19 March and announced that the Speaker of the Senate, Kassym-Jomart Tokayev, will serve as President before the next presidential election. 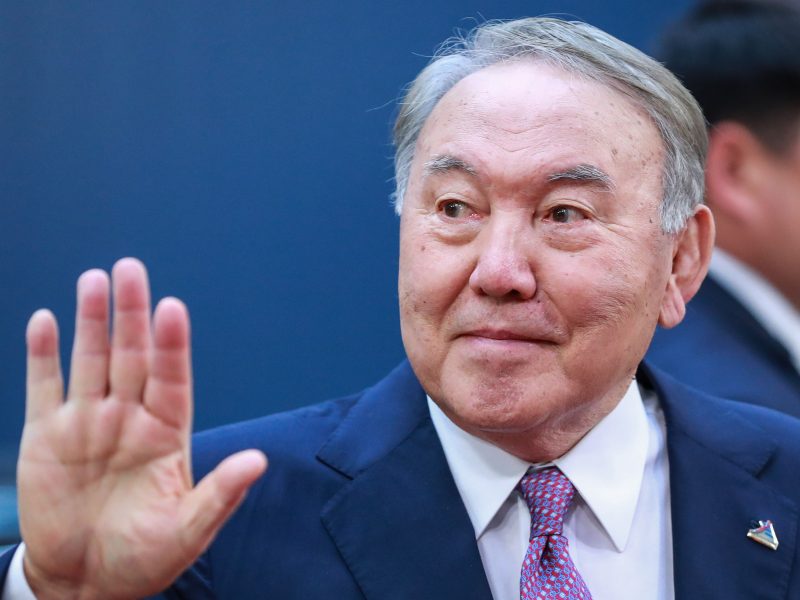 The presidential elections were normally due in April 2020.

Addressing the nation on all TV channels on Tuesday, Tokayev said:

“Kazakhstan is a democratic state. And the president will be elected according to the will of the people. As the current head of state, I guarantee that the election will be held in a fair and transparent way. This is my principled position”.

Tokayev was considered by diplomats as Nazarbayev’s natural heir, should the head of state die. Nazarbayev’s resignation while he still appeared fit to govern surprised both the Kazakhs and international observers.

Born in 1953, Tokayev is a career diplomat and a polyglot: He is fluent in Kazakh, Russian, English and Chinese and has knowledge of French. He has served, among other high positions, as director general of the United Nations Office in Geneva, and a personal representative of the UN Secretary-General to the Conference on Disarmament.

According to Reuters, the snap election puts Tokayev in pole position to be the next president and gives little time to potential contenders to organise and run campaigns.

Nazarbayev, 78, retains sweeping powers in the country of 18 million as the official “national leader”, chair of its security council and head of the ruling Nur Otan party.

During Nazarbayev’s years in power, although his authority was unchallenged, there were not many signs of a personality cult or nepotism, except the capital’s airport, which was named “Nursultan Nazarbayev” during his tenure.

After Nazarbayev stepped down, his daughter Dariga replaced Tokayev as the Senate speaker and some foreign media commented that she may join the presidential race.

Tokayev has not confirmed he will be running for president, although that is widely assumed in local political circles.

EURACTIV has asked Kazakhs in high positions if the current trend in their country amounted to a cult of personality. The answer was that Kazakhs are simply grateful to their first president for everything he has done in terms of nation-building, improving the living standards and positioning the country at the international scene.

Nazarbayev was at the centre of several major initiatives, both local and international. At the Europe-Asia ASEM summit last October, he voiced concern about a global military confrontation which he said was similar to the Cuban crisis of 1962, and offered Astana as a platform for a meeting between the leaders of the US, Russia, China and the EU.