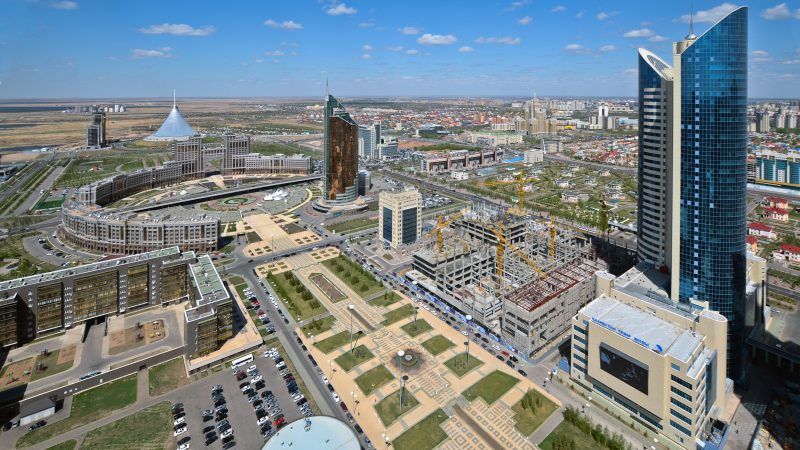 This article is part of our special report Astana: 20 years of thriving evolution.

The AIFC was launched in an effort to capitalise on the impressive venue built for Expo 2017, as well as to boost the economy of Kazakhstan, too much dependent in the past on fossil fuels exports, into the 21st century. 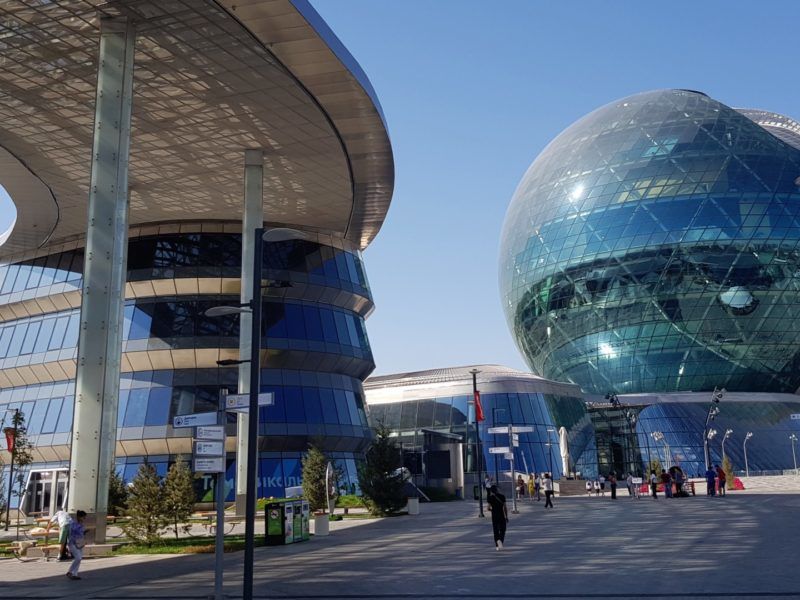 EXPO 2017 Astana will give birth to three big projects

EXPO 2017 ended on 10 September, having gathered the participation of 115 countries and 22 international organisations, providing a unique platform for a debate on best technologies for the future of energy. Roman Vassilenko, Deputy Foreign Minister of Kazakhstan, tells EURACTIV about his country’s plan to build on the success of the exhibition.

AIFC governor Kairat Kelimbetov, who was trained in Russia, Kazakhstan and the US, has served as minister and was deputy prime minister, responsible for macroeconomics, budget policy, governing of state companies and finance sector, tax and custom regulation. He has also served as Chairman of the National Bank of Kazakhstan.

Speaking to a big international audience in the futuristic Scientific Research Centre in Astana, Kelimbetov highlighted that it was the idea of President Nursultan Nazarbayev to create a regional financial hub based on common law jurisdiction. The idea was first mooted in 2015.

Nazabayev, who has served as the country’s leader since the former Soviet Republic became independent, signed in 2015 a decree on the establishment of AIFC, based on the principles of English law, the preferential tax regime and an independent financial court.

Kelimbetov added that a lot of work was done in 2016 and 2017 on the amendments to the legislation in order to facilitate the launch of AIFC.

Last year, there were even amendments to the Constitution, confirming that Astana is the capital of Kazakhstan, and on the other side, creating in Astana a special legal and regulated regime in the financial area.

The special constitutional law on AIFC now allows further jurisdiction to be developed. In Kelimbetov’s words, the idea is to create a kind of local Hong Kong, a kind of “one country – two systems”.

He explained the use of the English common law jurisdiction as the best way to attract foreign direct investment.

“If you would like to bring FDIs, or establish a regional financial hub, you have to acknowledge that mostly the global financial centre is based on common law jurisdiction. A few examples: New York City, the City of London, Hong Kong, Singapore, or other cities in the world based mostly on financial services, work on common law”, he said.

Among these five institutional reforms, three are very much related to AIFC, he said. The first in his words is the rule of law: a legal reform, including the reform of the supreme court. Another one is the creation of centres of excellence, and the third is the creation of dispute resolution authorities.

These two institutions, the AIFC governor stressed, are very important to creating transparency and predictability for global and regional investors and guaranteeing the protection of investor interests.

Regulation authorities, which focus on regulation of financial services, are also important. It is officially called the Astana Financial Services Authority, which is similar to the Financial Conduct Authority in London or in Singapore.

Kelimbetov also introduced Lady Barbara Singer Judge, chairman of the board of AFSA.

“We need financial services regulation authorities because we have upcoming massive privatisation in Kazakhstan,” Kelimbetov said, explaining that national companies such as those dealing with oil and gas, and also with uranium, were all planning in the next one or three years to be listed in the country’s stock exchange.

The governor added that strong and reliable regulation authorities are needed to protect this ecosystem.

The stock exchange, he further explained, was also a new institution created as part of the AIFC project. The Astana stock exchange, Kelimbetov said, was partner with Nasdaq, the second global exchange, and also with the Shanghai Stock Exchange, which prepares the ground for Kazakhstan’s partnership in the Belt and Road initiative of the Chinese government.

The Governor of the #AIFC Kairat Kelimbetov participating in the 4th Annual China and Globalization Forum mentioned: “AIFC is one of the key platforms for Belt and Road Initiative and may be chosen for continuation of opening-up deep reforms in financial area”.#Beijing pic.twitter.com/JRqyZkvXrW

The AIFC governor said when talking about the regional financial hub that the Kazakh authorities saw the following key dimension of their regional connectivity:

Kelimbetov added that Nazarbayev recently hosted a meeting of the leaders of the Central Asian countries in Astana.

The president used the occasion to propose the idea of a deepened regional cooperation on trade based on the opportunity to have the regional financial hub in Astana, according to Kelimbetov.

In addition, he said that there had been a meeting on the Eurasian economic community in Sochi in Russia, where Nazarbayev also invited the banks of the regional community to be part of the AIFC initiative.

Nazarbayev will also visit China soon and Kazakh expectations believe that AIFC has to be a key partner to the financial institutions of the Belt and Road Initiative, like the Shanghai Stock Exchange, the Silk Road fund and the top five Chinese banking institutions.

With reference to the 20-year anniversary of Astana as the capital city of Kazakhstan, Kelimbetov said it was important to think about what’s going to happen in the next 20 years.

He argued that Astana has to be in the camp of the global smart cities, supporting the development towards the green economy, green technologies and a green financial system, with the help of AIFC.

Also, he said AIFC was going to develop capital markets, Islamic finance, also asset management, Fintech [the new technology and innovation that aims to compete with traditional financial methods in the delivery of financial services]. “We are now thinking about the design of a new economic structure”, he added.

“Everyone is thinking how to leapfrog to the new destination based on disruptive technologies, on new technology, which can really change our life. We are supporting the new financial technologies, Fintech, e-commerce, any Internet-based innovation project. I think in the next 5-7 years, Astana will be in the top 20 Asian financial centres”, Kelimbetov concluded.

On 5 July the International Financial Centre of Astana will be officially inaugurated.