New momentum has built in Central Asia in recent months. One of the big reasons for the change of mood is the democratisation in Uzbekistan following the death of its first leader Islam Karimov in 2016.

Successor Shavkat Mirziyoyev has been pursuing a less autocratic path, seeking to reform and liberalise the country and mend ties in the region. 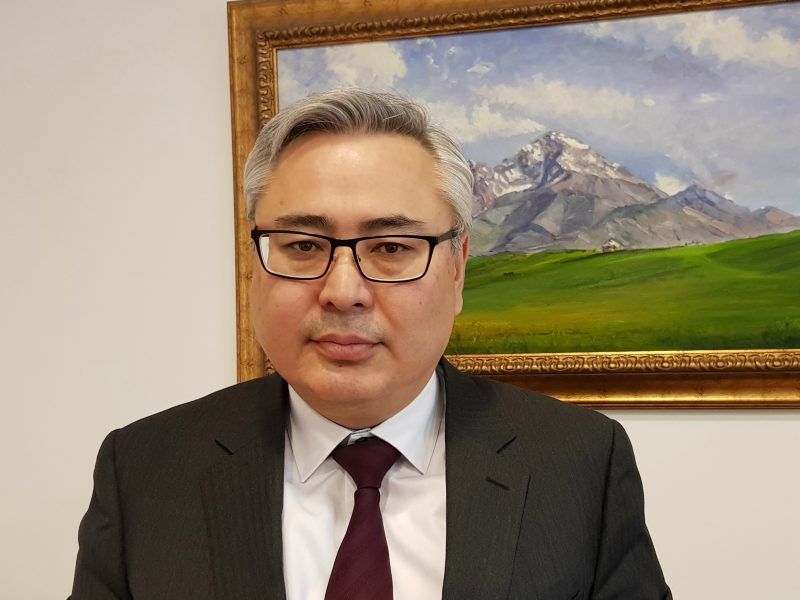 The meeting takes place four months after the most recent formal EU-Central Asia Foreign Ministers’ meeting, in Samarkand in November 2017, and two weeks after a landmark informal meeting of the heads of state of Kazakhstan, Uzbekistan, Tajikistan, Turkmenistan and Kyrgyzstan.

According to a press release by the European External Action Service, the meeting in Tashkent is an opportunity to discuss the positive trend of EU-Central Asia relations and also to demonstrate the high importance that the European Union attaches to the region’s stability and prosperity, as well as closer ties.

Reportedly, Mogherini discussed with the five ministers the prospects for further cooperation, security, counter-terrorism and environmental matters, among others.

The meeting also enabled the ministers to give further feedback to the High Representative on the new EU Strategy for Central Asia, which is currently being developed and is expected to be announced in 2019.

Reportedly, human rights, the rule of law and good governance also featured in the talks.

Talking to the Talibans

On the eve of the Tashkent Conference on Afghanistan, Mogherini reportedly stressed the importance of the international community – including regional partners – delivering on their commitment to promoting peace and prosperity in Afghanistan.

It is expected that regional projects involving the Central Asian countries, aiming at increasing connections with Afghanistan, such as railways, air links and pipelines, could be identified.

Federica Mogherini, High Representative of the European Union for Foreign Affairs and Security Policy addressing the #Tashkent Conference describes current peace efforts in Afghanistan as an opportunity for bringing peace in the country. pic.twitter.com/tCbClQTNYU

Reportedly, Mogherini and the ministers of the Central Asian countries agreed that there is no solution to the conflict other than a peaceful one and that this opportunity must be seized by the Taliban.

Word is out that for the EU is getting close to the US position that it is time to talk to the Talibans, considered for a long time as terrorists, but the question of “which Talibans should we talk to?” is also being asked.

Reportedly, moderate Talibans, who take the position that military victory is not possible, would be the right interlocutors for bringing peace to the country after 17 years.

Mogherini and the ministers also discussed upcoming talks, including the next round of the EU-Central Asia High-level Political and Security Dialogue in Turkmenistan, the Central Asian Environmental Forum in Uzbekistan, and the Regional Conference on Counter-terrorism and the Prevention of Violent Extremism as well as the International Conference on Water, both in Tajikistan, ahead of the next formal EU-Central Asia Foreign Ministers’ meeting in Brussels later in 2018.