Stakeholders: Human capital and green transformation are key for Kazakhstan 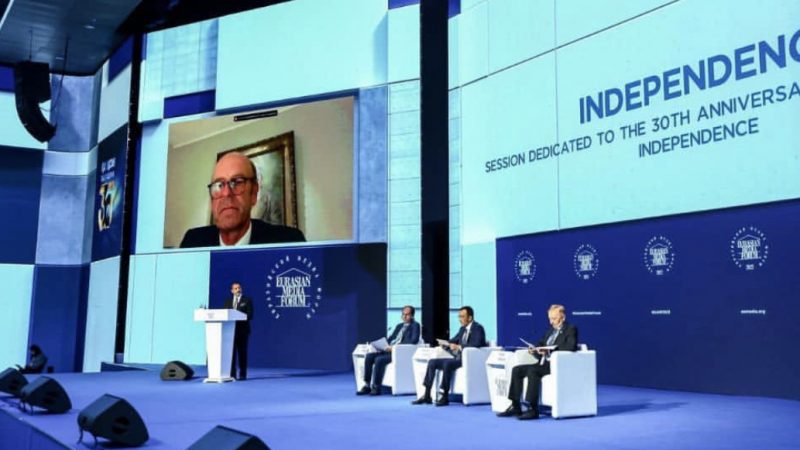 Investment in human capital, green transformation, and attention on human rights is essential for the further successful development of Kazakhstan, stakeholders at a recent forum in Nursultan said.

“Over the past two years, Kazakhstan has undertaken comprehensive political reforms,” Maulen Ashimbayev, Chairperson of the Senate of the Parliament of the Republic of Kazakhstan, said at the recent Eurasian Media Forum held n the country’s capital.

In June 2021, Kazakh President Kassym-Jomart Tokayev signed a decree “On further measures of the Republic of Kazakhstan in the field of human rights”, which he said represents an important step in the political modernisation of the Central Asian country.

The plan includes eliminating discrimination against women, boosting freedoms of association and expression, and freedom to life and public order.

Earlier this year, the European Parliament passed a resolution criticising Kazakhstan for its human rights record, highlighting gender issues, the situation of civil society groups and activists, and demanding the release of detained activists.

Kazakh officials responded that the criticism was unfair and that the EU should not ignore or discourage efforts to improve the country’s record on human rights.

Since then, the law on rallies has been liberalised, emphasising the state’s willingness to accept an alternative view and provide the necessary facilities for its public demonstration. The opposition was guaranteed rights in parliament, women and young people were allocated a 30% quota in party lists for elections to the Majilis and local representative bodies,”

Ashimbayev added that other signs of modernisation have been that state institutions and public administration systems have been established, borders have been delimited, and a new capital has been built.

According to Igor Rogoff, Member of the Venice Commission of the Council of Europe for Kazakhstan, the body’s evaluation of that reform had been positive.

While Kazakhstan is not a member of the Council of Europe (CoE), the opinion of the Venice Commission stated that “most provisions of the draft are consistent with the Council of Europe’s objectives and recommendations in the sphere of legal enforcement of the rights and freedoms of individuals in their relations with the state through effective public administration and administrative justice.”

According to Beris, the country has come to belong to a group of well-developed countries in terms of human capital development, with market and social reforms having been adopted and social public service constructed.

The Human Development Index (HDI) of Kazakhstan, which is the index used by the United Nations to measure the progress of a country, was 0.825 points in 2019, leaving it in 51st place in the table of 189 countries evaluated.

Asked what perspective he would see for the country’s way forward, Beris said that “internally, this is about what kind of economic project would follow into the future, what kind of skills that would require and that would have a lot of bearing on what kind of human capacity would like to produce with one’s education system.”

“Today, the duration of education in Kazakhstan has increased by 3.8 years, which means children spend more time in educational institutions and receive a comprehensive and high-quality education,” Beris added.

However, he stressed that green transformation would be essential for the country’s future development stating that it had followed an energy-intensive growth trajectory so far.

“That requires investing into the economy differently with a green perspective and hope to generate new types of jobs, as well as income for people,” he added.