According to the first exit polls, Tokayev got 70% of the votes, in line with predictions, followed by Amirzhan Kosanov (15.3%), liberal Dania Yespayeva (5.3%) and communist Jambyl Ahmetbekov (3.9%).

Kosanov, a former journalist, is the most outspoken critic of the establishment, having served short prison terms for his activism.

In total, seven candidates were registered while the turnout reached 77%, said the Central Electoral Commission. 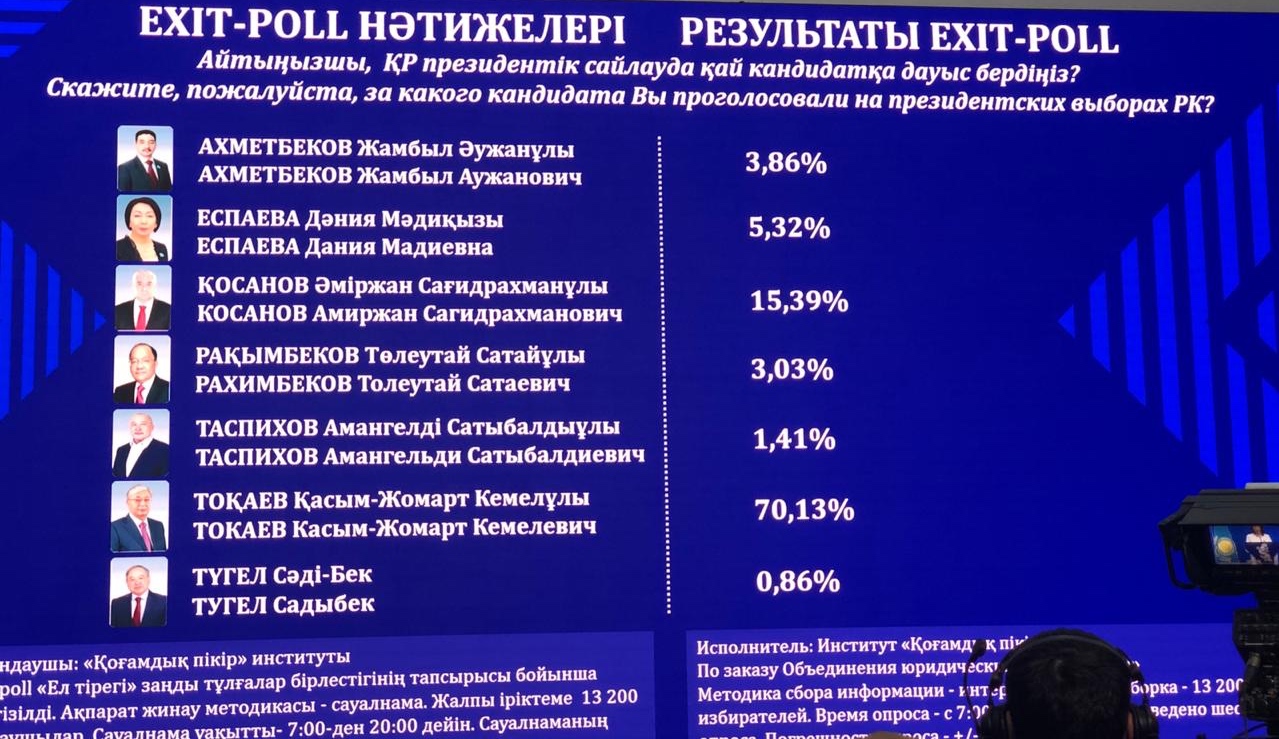 On 19 March, Nazarbayev surprisingly resigned and announced that the Speaker of the Senate, Tokayev, will serve as interim leader before the next presidential election. In order to honor his mentor, Tokayev renamed the country’s capital Astana to Nur-Sultan.

Tokayev is a career diplomat and a polyglot: He is fluent in Kazakh, Russian, English and Chinese and has knowledge of French. He has served, among other positions, as director general of the United Nations Office in Geneva, and as a personal representative of the UN Secretary-General to the Conference on Disarmament.

A month later, Tokayev set 9 June as the date of the early presidential election and said the vote was “absolutely needed” to ensure “continuity, predictability and stability”.

From the outset, he has been seen as the winner, although diplomats recognise that the elections mark an attempt to introduce pluralism. As early as in mid-May, a diplomat predicted that Tokayev will get 70%.

Hundreds of observers monitored the election procedure with the Organisation for Security and Cooperation in Europe (OSCE) alone sending more than 300 people.

An official OSCE report is expected later today; however, first signs show that the election campaign, as well as the voting process, ran smoothly.

Asked by EURACTIV, Dania Yespayeva, the liberal candidate, said the government did not hinder her campaign at all.

Daniel Witt, an independent observer from the US, said his team met with candidates and all party representatives, who “all emphatically said Kazakh Central Electoral Commission (CEC) should be trusted”.

“They were not restrained by the administration during their election campaigns,” Witt told EURACTIV and added that the election was a significant step forward in Kazakhstan.

“This can be a model for other countries to follow, in the region, in the broader neighbourhood. The neighbours will definitely notice what’s happening today in Kazakhstan,” he said. 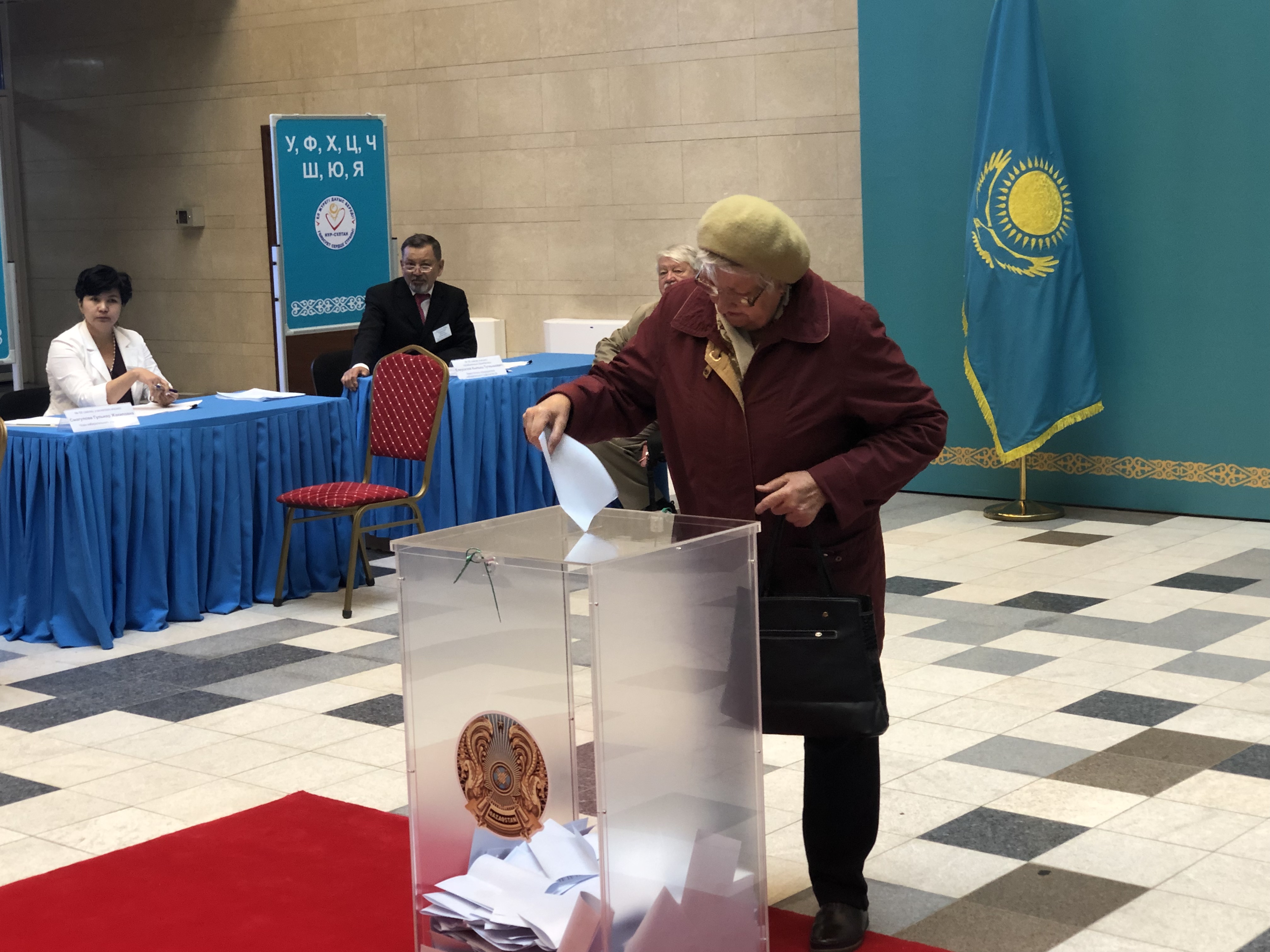 A Kazakh casts her vote. [Photo by Sarantis Michalopoulos]

Similarly, Valeriu-Andrei Steriu, a socialist lawmaker from Romania and observer in the elections, commented, “What we saw today was a fair, transparent and democratic process”.

“I cannot know at the national level but at least here in the capital, this is the case,” he added.

However, hundreds of people took to the streets of Astana protesting against the “fake” elections and chanting “Old boy [Nazarbayev] get away”.

Protesters told EURACTIV that Nazarbayev had already determined the result of the elections and added that he would still rule the country behind the scene.

The police said the protesters prevented other people from reaching a polling station in the downtown and detained 500 of them. According to AFP, the police also detained journalists, as well as activists, who were later released.

Amirzhan Kosanov, the main opposition leader, has been the most critical of Nazarbayev of the seven candidates.

In a recent interview with EURACTIV, he said it was difficult to be in opposition. “I was beaten […] I was detained for organising rallies,” he said, adding that now things have changed and the central government has realised that the opposition is needed.

Big test for the political elite

A diplomat who spoke to EURACTIV on condition of anonymity said Tokayev is “Nazarbayev’s political child” but “this child has an opinion”.

“He plans to bring the opposition closer to him […] it is said he will place many opposition members to several bodies especially when it comes to human rights,” the diplomat said.

“In any case, this is a big test for the political elite […] we need to see how it will react now without Nazarbayev at the centre of decision-making,” the diplomat added. 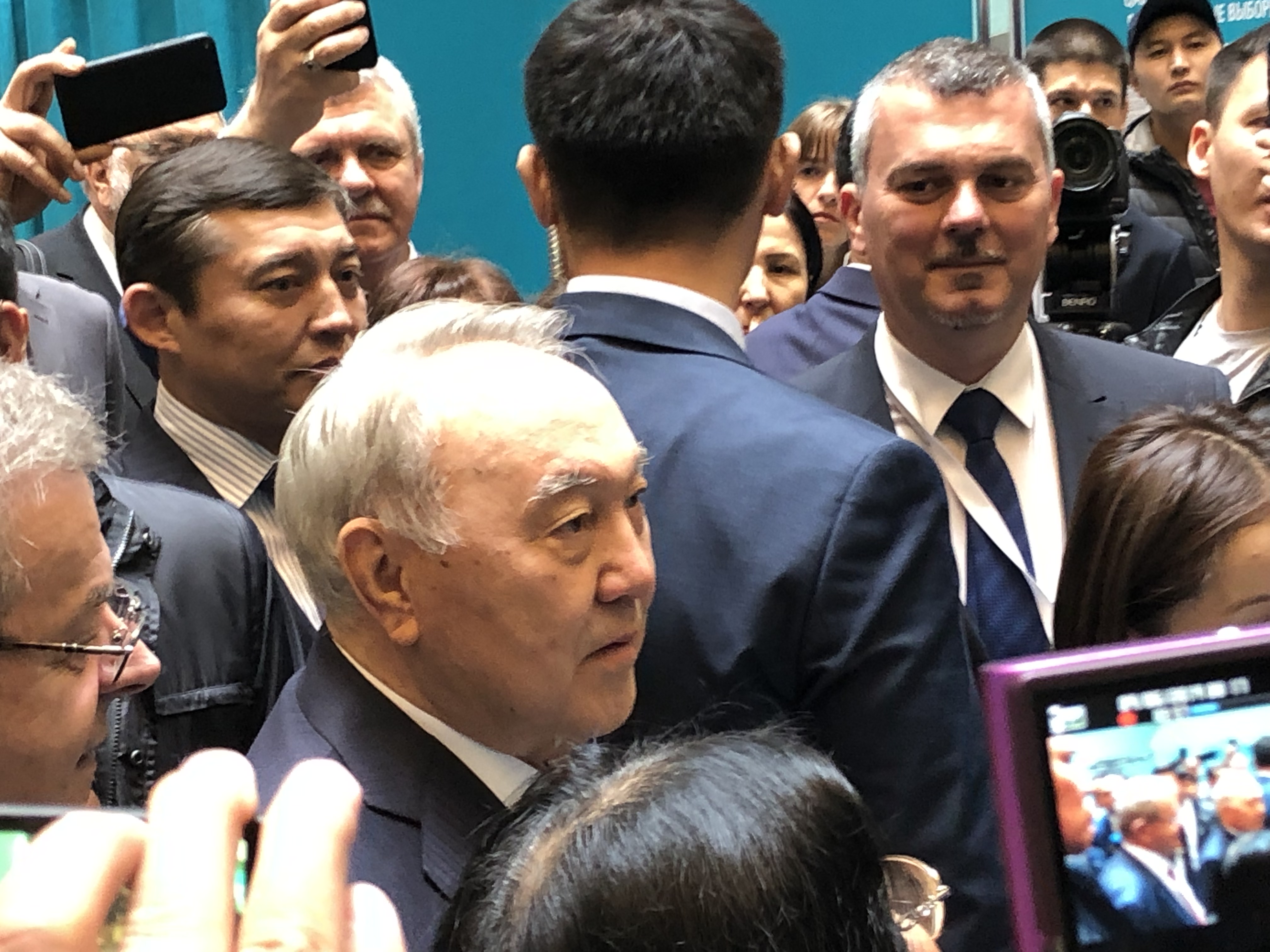 The same diplomat added that another key aspect Tokayev is planning to deal with is the special relation with Moscow, as well as the “collateral damage” on Kazakhstan from Washington’s sanctions.

“The next president is important to continue this democratic transition and keep the economy stable. It’s a dynamic economy and a country full of resources. But these resources are used in such a way that they are re-invested back in hospitals, education and social issues,” Steriu said.

He added, though, that the political transition could not take place with the pace of a western country.

Earlier this week, the Human Rights Watch issued a strong statement against Tokayev, saying that human rights violations will persist under his presidency, as the so-called political transition is an “illusion”.

“Kazakh authorities routinely break up peaceful protests […] and sanction them with warnings, fines and short-term imprisonment,” the organisation said.

“Speaking with people from the opposition, no one of them gave me the impression they are not free,” Steriu told EURACTIV.

Asked about Nazarbayev’s influence on Tokayev, the socialist politician replied, “Each president is coming with his own personality and his own will to develop a country”. “They were building the country together and normally they share some common ideas. But every president brings his new stamp,” he added.