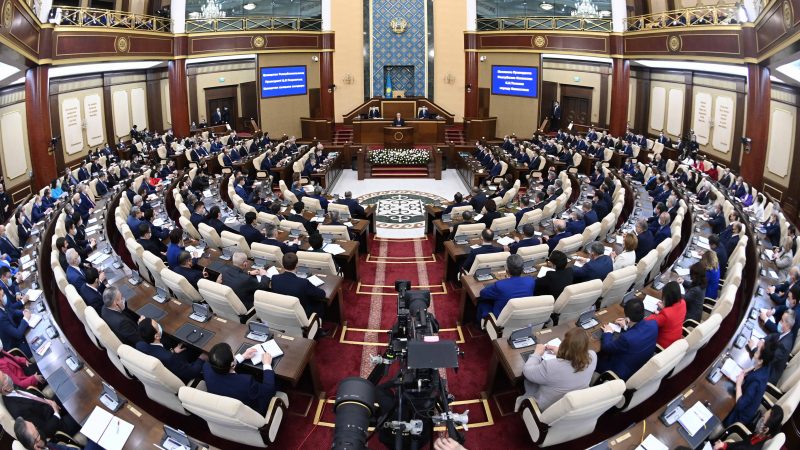 Kazakh President Kassym-Jomart Tokayev speaks to the country's Parliament on 16 March 2022. [Website of the President of Kazakhstan]

Constitutional reforms to limit the powers of the president’s office have been announced by Kazakhstan’s President Kassym-Jomart Tokayev, who says the country needs to switch from “superpresidential” rule to a presidential republic with a strong parliament.

Tokayev was elected in 2019 with the backing of his predecessor Nursultan Nazarbayev, who resigned after running the oil-rich nation for three decades but retained sweeping powers until recently.

Nazarbayev gave up his remaining powers as the head of the security council and the ruling party leader during and after violent unrest in early January. His relatives have since lost several influential positions in government and state companies. 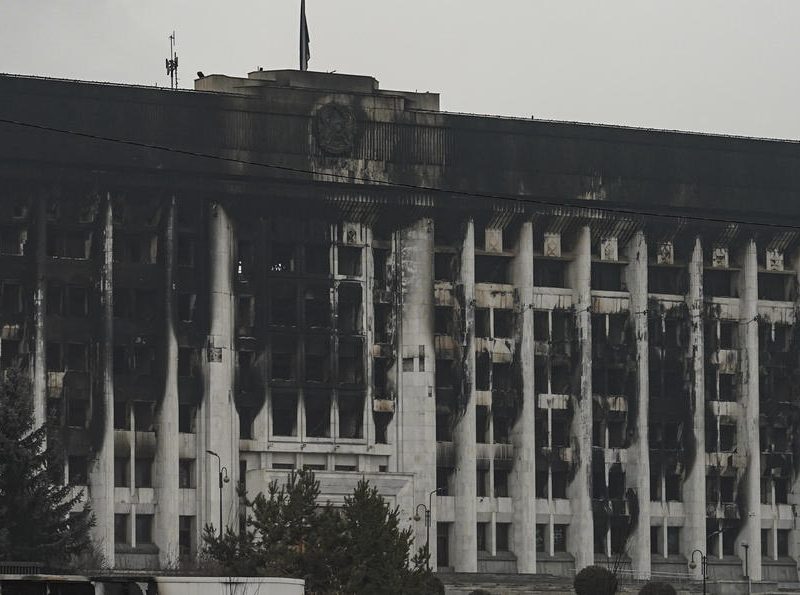 Last week, the authorities detained one of Nazarbayev’s nephews in connection with an embezzlement probe, and this week a businessman with links to Nazarbayev’s family was arrested, local media reported.

The difficult international context with a war waged by Russia in Ukraine, two neighbouring countries with close links to Kazakhstan, was not directly mentioned in Tokayev’s speech.

Although Kazakhstan is an ally with Russia under the Collective Security Treaty Organisation and member of the Russia-led Eurasian Economic Union, the country has denied a request for its troops to join the offensive in Ukraine. Additionally, it will not recognise the so-called republics of Donetsk and Lugansk. 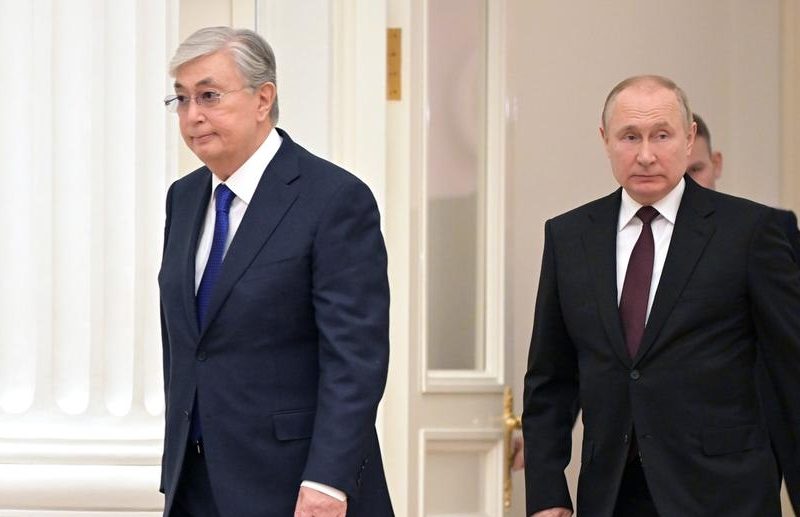 Kazakhstan, one of Russia’s closest allies, has denied a request for its troops to join the offensive in Ukraine and will not recognise the so-called republics of Donetsk and Lugansk.

Addressing the Central Asian nation’s parliament, Tokayev alluded that the chapter of January’s unrest was now closed and that instead of rolling back freedoms, leadership will accelerate reforms “in all spheres of life”.

“Our people have shown that in unity, they can withstand any challenges and threats”, he said.

Tokayev proposed rolling back some of the legal changes that previously helped Nazarbayev cement his grip on power.

“Nepotism, in whatever country it may be, inevitably leads to negative personnel selection, becomes fertile ground for the flourishing of corruption”, Tokayev said.

He called, in particular, for changing the parliamentary election system and re-establishing the constitutional court.

Reforms on a constitutional level to limit the president’s powers include a legislative prohibition of the president being a member of any political party for the period of his term.

Earlier, the president announced that he would cease his chairmanship of the country’s ruling party – Amanat (previously named Nur Otan).

President #Tokayev says around 30 (!) amendments to the #Constitution are required to implement his proposed reforms, and 20 (!) further laws need to be adopted before the end of the year to build a #NewKazakhstan. Major legislative work is ahead.

The president’s current right to cancel or suspend the actions of regional and city Akims (mayors) will be abolished because it “contributes to the excessive practice of “manual administration” and reduces the independence of local executive bodies.”

“The key goal of the country’s political modernisation is to increase the role of citizens in the state government through electoral processes.”

Among the other priorities, the head of state mentioned introducing regulations on mandatory withdrawal from party lists of the chairpersons and members of the Central Election Commission of the Counting Committee and the Constitutional Council and prohibitions for Akims and their deputies on holding positions in party branches.

“Such decisions will allow the formation of a multi-polar party system,” said Tokayev.

A proposed reform would make it easier to register new political parties by reducing the number of people required to establish one to 5,000 from 20,000.

Certain legislative changes will be implemented regarding the closest relatives of the president as well. In what appears as a move to end up with cronyism from the Nazarbayev era, Tokayev proposed a legislative ban for the closest relatives of the president on holding positions as political civil servants and executive positions in the quasi-public sector.

Another significant change proposed by the president concerns the presidential quota in the Senate, reduced from 15 to 10 members, with five recommended by the Assembly of the People of Kazakhstan, not elected by it, as it is now.

Tokayev justified the proposal by saying that “The presidential quota in the Senate should not be seen as a means of control, but as a mechanism for taking into account the voices and opinions of social groups poorly represented in parliament.”

The quota of the Assembly of the People of Kazakhstan in the Mazhilis will be transferred to the Senate and reduced from nine to five deputies. Accordingly, the total number of deputy seats in the Majilis will decrease. “Fewer, but better,” concluded the president.

“Our Senate must become a chamber that really represents the interests of the country’s regions, and this will require a reform of its powers”, said Tokayev.

According to the Constitution, the Senate has full right to reject Mazhilis approved bills, which means they have no opportunity to overcome the objections of the upper house. Tokayev suggested introducing a rule that gives the Senate only the right to approve or not approve the laws already adopted by the Mazhilis, giving it more power to pass laws.

The media can and should raise pressing issues, said Tokayev, adding that this should be done “with a great civic responsibility”.

In his view, it is necessary to review the law on mass media, considering the state’s interests.

President #Tokayev proposes creating new #Abai, #Ulytau and #Zhetysu regions that will continue to recreate in the minds of future generations the ancient names of great lands and people of #Kazakhstan