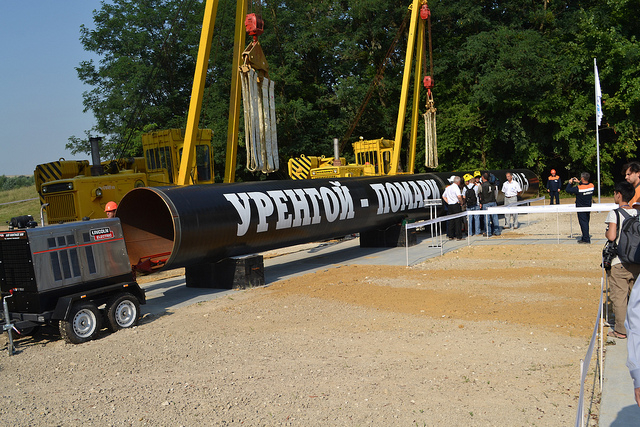 US experts are advising the Kyiv government on energy efficiency to minimise the impact of the cuts, said Catherine Novelli, the US Under Secretary for Economic Growth, Energy and the Environment.

‘We’re putting a lot of work into energy efficiency’: Novelli

The senior economic adviser to US Secretary of State John Kerry told EURACTIV: “We’re putting a lot of work into energy efficiency. To the extent that you need to use less means the subsidies being phased out isn’t going to hit you in the pocket book quite as much […] So the question is can we work on the efficiency side? Can the Ukraine be buying energy now to store for the winter, which is its normal practice, and can we be at a place when come winter this [cutting subsidies] won’t be so difficult or cause social upheaval?”

Ukraine is the second most energy-wasteful nation in the world, according to Enerdata, spending about $457 to generate each $1,000 of output. France, Germany and Italy spend $100 to generate the same amount.

Alternate sources and suppliers of energy such as shale gas and the European Union are being discussed, Novelli said in a wide-ranging interview also covering TTIP, the Snowden revelations and Europe’s innovation policy (read it here).

Ukraine gets more than half its gas from Russia. State company Naftogaz will lose $8-billion this year by selling gas cheaper to consumers than it buys it from Russia’s Gazprom. Unpopular cuts in the subsidies are unlikely to be made before the Ukrainian elections on 25 May, especially as the country is split along pro-European and pro-Russian lines.

Novelli said, “A lot of the subsidies are for heating, oil and gas and luckily it’s a time of year when things are getting warmer so I think the weather might help us some in terms of phasing these subsidies out at a time when demand is not so high.”

An additional $1 billion in loan guarantees, with conditions based on the $27 billion International Monetary Fund-led austerity programme, has been promised. In March the EU announced an €11 billion package of grants and loans. Those conditions will enforce measures, such as anti-corruption rules, that will improve the overall standard of living in Ukraine, she said.

Novelli, who negotiated most of the bilateral trade agreements between the US and Central Europe, Russia, Ukraine and Central Asia, added, “Everybody recognises that you can’t just drop off a cliff, things have to be done in a gradual way. That’s part of the reason these funds are there to help provide some safety net as these subsidies are phased out.

“At the same time, if they don’t do this, you keep throwing money down a sand hole and that is not going to help people either.”

Novelli said strenuous diplomatic efforts were continuing to encourage “reverse gas flows,” gas from the European Union piped into Ukraine via Slovakia. This would reduce Ukraine’s vulnerability to Russian threats to turn off the tap. More than half of all Ukraine’s gas comes from Russia and the crisis-hit country consumes double the global average of gas consumption (37%). Today (9 May), Moscow said from June, Gazprom would only supply Ukraine with gas that had been paid for in advance.

If badly handled, the cuts and IMF austerity programme risks pushing more Ukrainians closer to Russia at a time when the country is on the brink of civil war.

On Wednesday (8 May), Kyiv announced “anti-terror operations” would continue in the East following a declaration by separatists that a Crimea-style referendum would go ahead, even though Russian President Vladimir Putin had called for it to be postponed.

Ukraine gets more than half its gas from Russia. State company Naftogaz will lose $8-billion this year by selling gas cheaper to consumers than it buys it from Russia’s Gazprom. These energy subsidies have been criticised by groups such as the International Monetary Fund, who want them cut as part of a bailout package.