Uzbekistan's President Shavkat Mirziyoyev attends a meeting of the Council of the Commonwealth of Independent States (CIS) Heads of State in Ashgabat, Turkmenistan, 11 October 2019. [Kremlin pool/EPA-EFE]

The president of Uzbekistan, Shavkat Mirziyoyev, addressed the newly formed parliament on Friday (24 January), laying out his plans for the next five years. The banking sector, fighting corruption, foreign direct investment, poverty reduction and international trade were at the top of the agenda.

Mirziyoyev took charge of Central Asia’s most populous country in 2016 in the wake of the death of hardline predecessor and former patron Islam Karimov, who had ruled for almost three decades. He has been lauded for doing away with many of Karimov’s authoritarian excesses, releasing some political prisoners and opening up the landlocked state to tourism and foreign investment.

Muslim-majority but staunchly secular Uzbekistan, whose regional clout was often seen as limited by Karimov’s isolationist policies, is home to 33 million people.

The focus in 2020 will be the development of capital markets and banking system, with the privatisation of some banks, promised Mirziyoyev in his speech.

“Unfortunately, the use of digital technologies in the banking system, the creation of new banking products and software is lagging 10-15 years behind the requirements of today,” said Mirziyoyev.

The president also announced the Uzbekistan’s national bank will issue eurobonds, saying his country is open for “conscientious and honest investors from developed countries.”

On international trade, the head of state addressed the issue of whether Uzbekistan will join the Russia-led Eurasian Economic Union (EAEU) by asking the parliament and government to look into it and present their assessment.

The members of EAEU are Russia, Kazakhstan, Belarus, Kyrgyzstan and Armenia.

Nevertheless, Mirziyoyev plans to continue to pursue Uzbekistan’s ambition to join the World Trade Organisation and sign a new partnership and cooperation agreement with the European Union.

The current trade deal between the EU and Uzbekistan dates back to 1999.

The head of state announced that the volume of foreign direct investments (FDI) in Uzbekistan more than tripled in one year, reaching $4.2 billion in 2019, or 37% of the land-locked country’s GDP. Earlier this week (21 January), Mirziyoyev announced plans to increase FDI to $10 billion.

Mirziyoyev emphasised that incomes levels remained a central issue for Uzbekistan, where 4 to 5 million, or 12-15% of the population live in poverty.

The president plans to start by developing a new methodology, which would include a definition of poverty as well as criteria and methods of its assessment.

The new government is to reduce unemployment to 7 percent, create at least 500 thousand new jobs a year, and double the income of the population – Shavkat Mirziyoyev at the joint session of the Oliy Majlis. pic.twitter.com/AsNVzsFzLO

Mirziyoyev also ordered the creation of a new anti-corruption authority that will have both investigative and preventative functions.

“If we do not eradicate this vicious phenomenon, we will not be able to create a really favourable business and investment climate, no sphere of life in our society will develop,” argued Mirziyoyev, who added that the entire society must get the “honesty vaccine” to achieve its goals.

In December 2019, Uzbekistan held its first parliamentary elections since Mirziyoyev came to power. The Organisation for Security and Cooperation in Europe (OSCE), which sent an observer mission to the polls, criticised the exercise for failing to “demonstrate genuine competition and full respect of election day procedures.” 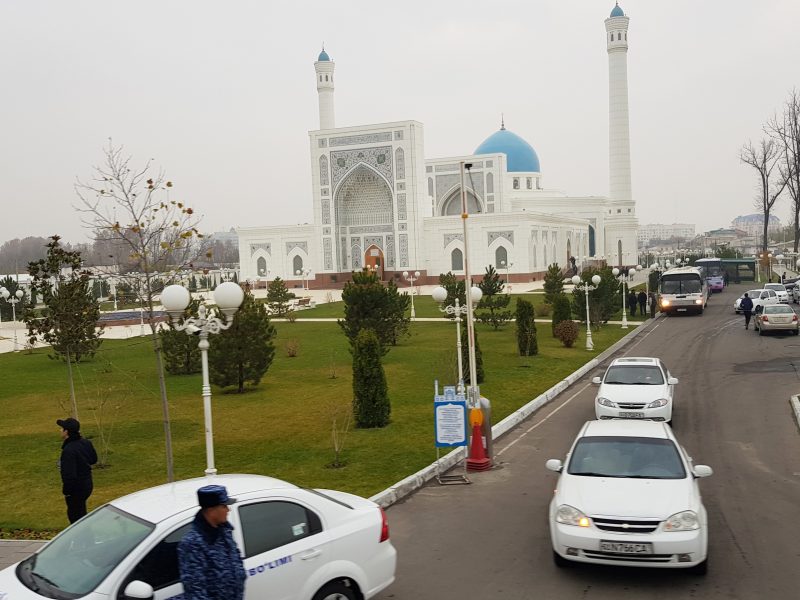 Uzbekistan votes Sunday (22 December) in the former Soviet republic’s first parliamentary elections since a new leader ushered in an era of reform after years of isolation and stagnation, yet voters’ choices remain highly restricted.

The group called for “more opportunities for grassroots civic initiatives” and concluded that “campaign rules are still restrictive” in their preliminary report released after elections.

Critics worry that the promises to deliver on fast-paced reform may not be fulfilled. The elections did not produce any surprises, and many of the old political actors remain.

On 21 January Abdulla Aripov was reconfirmed as prime minister, while Nurdinjon Ismoilov was once again chosen as the speaker of the parliament’s legislative chamber, which has a long-earned reputation as a rubber stamp.

Experts have expressed worry at a new law regulating the activity of NGOs, which should be presented to the cabinet on 1 February.

“Excessive bureaucratic hurdles, a lengthy registration process, language barriers, low legal literacy and absence of legal support combined with unwritten rules of “expertise” complicate the formation of a genuine civil society,” Dilmurad Yusupov, a doctoral researcher of Uzbekistan, told CABAR.asia, a project of the Institute for War and Peace Reporting.

Civil society activists in #Uzbekistan are not satisfied with a draft Code on NGOs. The legislators seem not to be ready to lift restrictions on NGO activities while NGOs were not involved in drafting of the new Code.https://t.co/SWvAC3q8Os

Since then some legislators have expressed openness to involve NGOs as the proposed law makes its progress through the chamber.

“We will organise public discussion right after the code is introduced to the parliament,” tweeted MP Bobur Bekmurodov, member of the democracy and civil society committee.