Connectivity at the core of a more stable Afghanistan 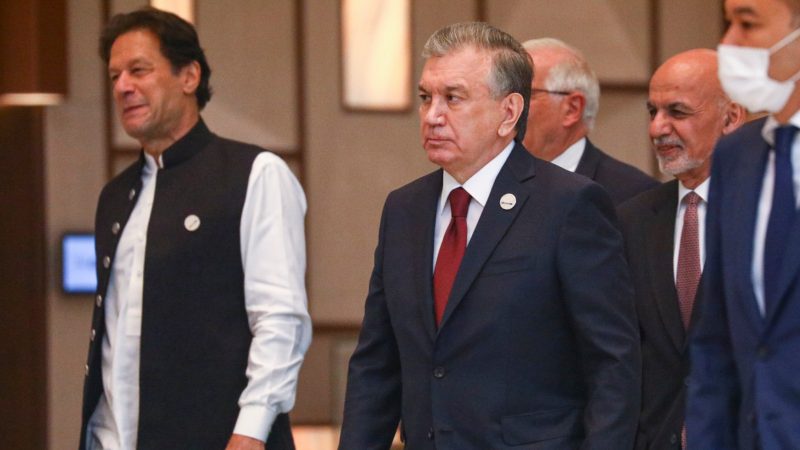 At a time when Taliban is likely to take over Afghanistan, the stakes could not have been higher for Uzbekistan’s President Mirziyoyev who hosted the 15-16 July Central-South Asia Connectivity Conference in Tashkent, writes Sam Doveri Versterbye.

The Tashkent high-level conference saw an impressive list of foreign dignitaries gathered under one roof, including over 20 foreign ministers, at the attention of whom was also the security situation in and around Afghanistan.

The message from the European Union’s High Representative and Vice President – Josep Borrell – was one of regional integration and infrastructural investment.

The European Investment Bank – in tandem with other international financiers – will continue supporting Central Asian connectivity from East to West and North to South.

Based around the EU-success-model of regional integration, the Central Asian Republics agree that regional unity will serve their collective interests. For Uzbekistan and its neighbours, this is a sharp contrast to pre-2016 policies often guided by neighbourly disputes over hydroelectricity, energy and borders.

The new urgency to develop better North-South connectivity is closely tied to Afghanistan’s changing circumstances and the unpredictability of a potential Taliban government. According to one retired diplomat at the Summit: “The Taliban wants to profit from trade between Central Asia and Pakistan.

“They will get their transit fees for energy and increase trade transit. This only works if infrastructure is developed and widespread. If we don’t invest in connecting the region, we can’t except to get stability and peace through business. Taliban or no Taliban: profit is the easiest way to foster cooperation”.

The main speaker at the event was Afghan President, Ashraf Ghani. Rumoured to be on the brink of capture by the Taliban, many quietly speculated about his intention of returning home (or not!) after the Tashkent Summit.

As exaggerated as such rumours turned out to be, it does indicate uncertainty for the future of Afghanistan and its government. Recent bomb-blasts and statements by US Chairman of Joint Chiefs of Staffs, General Mark A. Milley, have sowed further doubts.

Ghani’s speech was followed by Pakistan’s charismatic Prime Minister, ex-cricketer, Imran Khan. Both leaders agreed on cooperation and the need for infrastructure, despite exchanging public and critical comments about Taliban’s historical ties to Pakistan.

These exchanges seemed unplanned and reveal the delicate efforts to establish trust and better relations across a divided region. Despite challenges, a noticeable difference across the region in 2021 is heightened levels of funding digital and technical infrastructure across the region, aided both by international development loans and bilaterally through countries.

The business and regulatory invitees at the Summit confirmed that “connectivity lay at the core of guaranteeing trade, security and a more stable Afghanistan”. Uzbekistan – double landlocked country – is banking on this concept to succeed, with support from the EU.

In tandem with other regional stakeholders, they share a vested interest in promoting peaceful integration and regional trade to disincentive radicalisation, forced migration and risk of conflict. Based on European integrationist ideas, the Summit and its host – Mirzoyoyev – trusts that investments can secure better passage of goods from East to West but equally North to South.

It will allow Euro-Turkish, Russian and Central Asian goods to reach the Iranian port of Chabahar or Gwani and Karachi in Pakistan. India’s 1.3 billion consumer market is key in this equation, but so is Pakistan’s 220 million population.

The idea of connecting India and Pakistan via rail and road is already a reality with goods being shipped from Afghanistan and Pakistan to India through the Lahore link. Currently, Pakistani customs continue to disallow Indian products to be shipped to Central Asia, but negotiations are underway to improve this commercial link as both sides will benefit from increased trade.

The completion of the Turkmenistan-Afghanistan-Pakistan-India Pipeline (TAPI) is back on the agenda, while further investment and high-level discussions about infrastructure risks is being negotiated with members of the Taliban.

In response, the EU is actively engaging in high-level brokerage diplomacy, while actively funding new infrastructure projects to support regional integration. To date, it has provided over €60 billion of Foreign direct investments (FDI) to the region.

Between 2014 and 2020, the EU allocated over €2.5 billion of grants in Afghanistan and Central Asia alone, which has been additionally supported through EBRD and AIIB loans and funding through national infrastructure projects both from the EU as well as international and regional stakeholders.

The EU has been adding its own conditions to the connectivity equation: better labour conditions, increased attention to social inequality, enhanced rule of law, fighting corruption and investing in renewable infrastructure. Its reasoning remains that conflict is best avoided through poverty reduction, courts and litigation.

Multiple large scale infrastructure projects are being supported through bilateral and multilateral financing, including road, rail and port infrastructure across Uzbekistan, Pakistan, Iran and Afghanistan. Examples include optimised financial service and agribusiness, as well as infrastructure and energy processing.

At the end of the Summit, one question remains: will Taliban play ball? In February this year, their official Delegation professed to be in favour of regional connectivity projects. Most Summit attendees agree with this view, saying that Taliban is a rational actor persuaded by profit.

Yet their 2016 sabotage of electricity grids in Baghlan province remains a reminder of how utilities can be weaponised during civil war. As a World Bank speaker, who prefers to remain anonymous, noted to me during the Summit:

“Power politics is always around. And it’s impossible to know with certitude how the winds of Taliban will swing from day to day. But what we can be sure about is that the region needs more digital infrastructure, lower informal barriers to trade, and a collective infrastructure investment effort”.

Intra-regional trade is approximately 4-5%, while estimates for trade improvements remain positive. According to a Pakistani logistics entrepreneur participating in the Summit, there is scope and business demand for North-South connectivity.

From first-hand experience, he said: “The International Road Federation, and its Seal system, guarantees that our containers arrive un-opened and at the agreed price. For us, it means predictability, lower risk and more business. Corruption is like gangrene, but with better coordination across borders we can slowly eliminate this and create regional growth”.