Kazakhstan in a new geopolitical reality: Time for action and joint ambitions with the EU 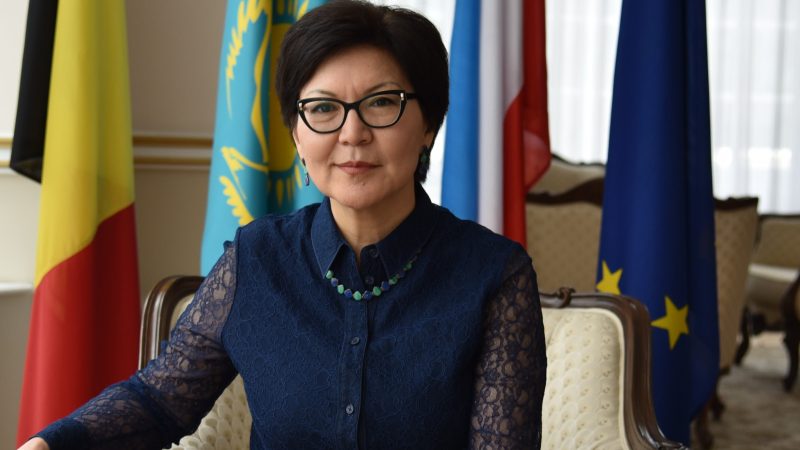 In his annual Address to the Nation on September 1, 2020, the President of Kazakhstan, Kassym-Jomart Tokayev, announced the start of a new stage of reforms to enable Kazakhstan to assert its role in a world that is changing fundamentally.

The concrete steps towards domestic political and socio-economic reforms outlined by the President are of mutual importance for Kazakhstan and our European partners. Some of the ambitions are even mirrored in major EU policies such as the European Green Deal.

With his annual Address to the Nation, President Tokayev launched a new stage of reforms. These ambitions do not only build on the gradual reform efforts of President Tokayev, but also on the major advances made by First President Nursultan Nazarbayev since Kazakhstan’s independence in 1991.

The new stage of reforms will entail a far-reaching review of the activities of the entire state apparatus. Radical changes are foreseen at all stages, including the development of a real multiparty political system, reforms of the legislative process, and substantial improvements in implementation and enforcement of governance standards and the rule of law. A key focus will lie on economic reforms. The path towards a sustainable and resilient economy will be based on clear principles. These include the championing of private enterprise and free-market competition – also to ensure economic diversification -, technological effectiveness, education, accountability and the fight against corruption, and environmental protection and green economic development.

Joint Ambitions and Mutual Interests with the EU

Kazakhstan is an important and trusted partner of the European Union. This is embodied in the Enhanced Partnership and Cooperation Agreement (EPCA) with the EU, which entered into force on 1 March, 2020. The significance is also reflected in the trade and investment relationship. The EU is Kazakhstan’s most significant trading partner, representing 40% of external trade. The EU is the main foreign investor in Kazakhstan, accounting for 48% of the total gross foreign direct investment.

In a world where the concepts of multilateralism and international cooperation are under threat, Kazakhstan prides itself in serving not only as a bridge between Europe and Asia, but also as a reliable partner on the wider international stage, and as an active contributor to regional and international peace, stability and dialogue. Kazakhstan has initiated important international processes of political dialogue, including the Astana Peace talks, the UN General Assembly resolution calling for an International Day Against Nuclear Tests, the Conference on Interaction and Confidence-Building Measures in Asia (CICA), and the Congress of Leaders of World and Traditional Religions.

The latest announcements of far-reaching domestic political and socio-economic reforms in Kazakhstan are also of joint interest to the EU. Compared to the development, democratisation and governance processes in other former Soviet Union countries, the performance of Kazakhstan stands out. The ambition to radically reduce bureaucracy is similarly reflected in the EU’s “Better Regulation” process.

The EU champions free-market competition with important elements to guarantee social justice and welfare. This is mirrored in the ambitions for Kazakhstan’s economic reforms. As President Tokayev pointed out, there is no alternative to “the creation of a truly diversified, technological economy”. At the same time, we must ensure that our economy improves the well-being of the people and distributes fair shares of the benefits from growth of the national income, allowing for effective social “lifts”.

The new reforms will also focus on social development – including the protection of children -, quality education, developing healthcare, digitalisation, and the protection of citizens’ rights. All of these are also EU priorities, and my country is pleased to learn from and cooperate with our European partners on these topics.

The greatest overlap I see between my country’s reform efforts and current major EU policies is the ambition to create a future-proof, green economy – mirrored in the EU’s far-reaching Green Deal. In parallel to the EU’s efforts, Kazakhstan is laying the foundation for deep decarbonisation to allow for green growth. To improve the environmental situation, long-term plans for the conservation and sustainable use of resources, as well as for biological diversity, are being produced. My Government will focus on ecological education, promoting ecological tourism, and a draft law for the protection of animals is being developed.

Resilience in the face of the global pandemic

The importance of a future-proof and resilient economy also becomes apparent in the face of the global recession caused by the current Covid-19 pandemic.

In his Address, President Tokayev expressed gratitude to the Kazakh population for the resilience and responsibility they have demonstrated in the country’s fight against the global pandemic. As is the case across the European Union, in tackling the crisis, it is my Government’s priority to protect the life and health of the Kazakh people while maintaining social and economic stability, employment and income.

As Europeans are doing in the context of the EU’s Recovery Package, my Government has adopted two far-reaching packages of anti-crisis measures. More than 450 billion tenge (approximately EUR 900 million) has been allocated for these purposes – a level of assistance that cannot be taken for granted in many countries. In full awareness that the world has plunged into the deepest economic recession in a century, Kazakhstan – along with its partners at the regional, European, and global  level – will continue to contribute to the restoration of the global economy.