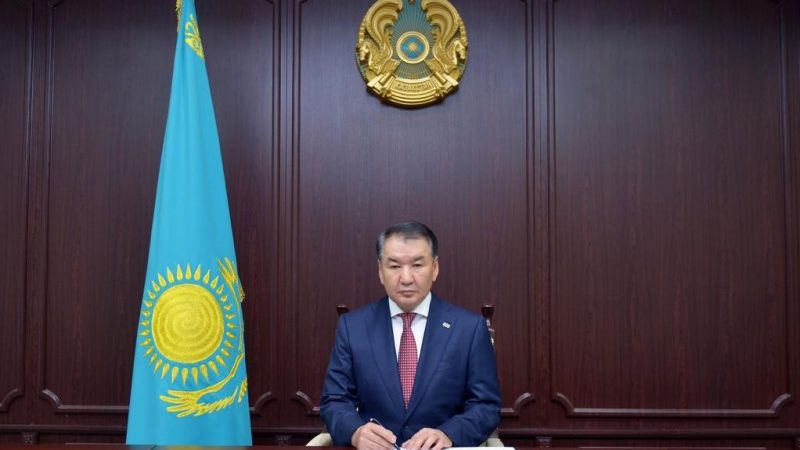 Today, almost thirty years after gaining its independence, the citizens of Kazakhstan can state with confidence and a sense of pride that their country is an equal and respected member of the international community and has all the signs of a well-established statehood, writes Kairat Mami.

Kairat Mami is the chairman of the Constitutional Council of Kazakhstan

A key role in these successes belongs to the Constitution of Kazakhstan – the Basic Law, which laid the foundation for all the reforms implemented in the country over the years.

The key components of the constitutional identity of Kazakhstan, as well as the starting principles and fundamental guidelines for the country’s evolution, were determined at a national referendum on 30 August 1995, at which the current Constitution was adopted.

Taking into account the realities of a specific time, it was subject to adjustments during the constitutional reforms of 1998, 2007 and 2017.

The Kazakh format of the constitutional process has been worked out and approved over the past 25 years. It is based on maximum respect towards the Basic Law, ensuring its stability and dynamism. Amendments to its text are allowed only when there is a special need, substantial reasons, explanation of the expected consequences and possible risks.

For example, to carry out an independent examination of the draft of the new Constitution of Kazakhstan in 1995, an Expert Advisory Council was created, which, along with domestic specialists, included foreign experts: Alekseev S.S. – Chairman of the Research Center of the Russian Federation; Jacques Attali – Counsellor to the State Council of France; Rolland Dumas – President of the Constitutional Council of France.

According to the Law of March 10, 2017 “On Amendments and Additions to the Constitution of Kazakhstan”, the opinion of the Venice Commission of the Council of Europe was requested.

Foreign scientists give a very positive assessment on the results of purposeful systemic evolution of this sphere of law. The main directions of this work were laid down in the State Program of Legal Reform in Kazakhstan, approved by the decree of the President of Kazakhstan on 12 February 1994.

Kazakhstan’s commitment to constitutionalism, declared at the dawn of independence and constantly supported by an exact adherence to the letter and spirit of the Basic Law, was demonstrated during the transition of power in Kazakhstan in 2019.

Before resigning as the Head of State, the First President of Kazakhstan, Nursultan Nazarbayev, approached the Constitutional Council for an official interpretation of paragraph 3 of Article 42 of the Constitution regarding the list of grounds for the early termination of the powers of the President.

The Council confirmed that the constitutional status of the President implies his right to terminate his powers in accordance with his own will, which provides the basis for the early termination of his powers.

On 19 March 2019, in his Address to the Nation, Nursultan Nazarbayev declared: “As the founder of an independent state of Kazakhstan, I see my future task in ensuring the coming to power of a new generation of leaders, who will continue the reforms carried out in the country.”

The transition of power and the early presidential elections took place in strict accordance with the requirements of the Constitution, which was a powerful factor in ensuring internal stability and strengthening the international authority of Kazakhstan.

Under the leadership of the elected President of Kazakhstan, Kassym-Jomart Tokayev, work is continuing on the consistent affirmation of constitutionalism. Priority issues include solutions to social problems, support for entrepreneurship, the implementation of the concept of a “listening state”, political reforms, and the development of civil society.

All discussed issues and processes taking place in the country have a pronounced constitutional and legal nature, and are closely related to the implementation of the potential of the Basic Law.

Measures have been taken recently to further democratize the state and public life. They include the progressive amendments to the legislative acts concerning the new procedure for organizing and holding peaceful assemblies, and the activities of political opposition.

Furthermore, the number of citizens required to create a political party has been reduced by half, a mandatory 30% quota for women and youth on electoral party lists has been introduced, and libel has been decriminalized. These measures are of fundamental importance to the gradual transformation of society in accordance with the current requirements.

We recently celebrated the 25th anniversary of the Constitution of Kazakhstan. To mark this important occasion, events have been held throughout the country aimed at the widespread promotion of constitutional values.

On 27 August an online international conference was held on the topic “Constitution of the XXI century – the rule of law, human value and efficiency of the state.” It was combined with the 4th Congress of the Association of Asian Constitutional Courts.

The Constitutional Council has chaired this Association since November 2019. Its members include constitutional control bodies of 19 countries.

Topical issues focusing on the realization of the potential of the Constitution in the modern world, including the new challenges caused by the COVID-19 pandemic, were analysed with the participation of the world’s leading constitutionalists.

For 25 years, Kazakhstan’s Constitution has shown its effectiveness, laid the foundation for deep socio-economic, political and other transformations. The current potential of the Basic Law, taking into account the results of the constitutional reforms carried out in the country, is capable of ensuring the progressive development of the country.