Police reform in Kazakhstan: Effective law-enforcement close to the population 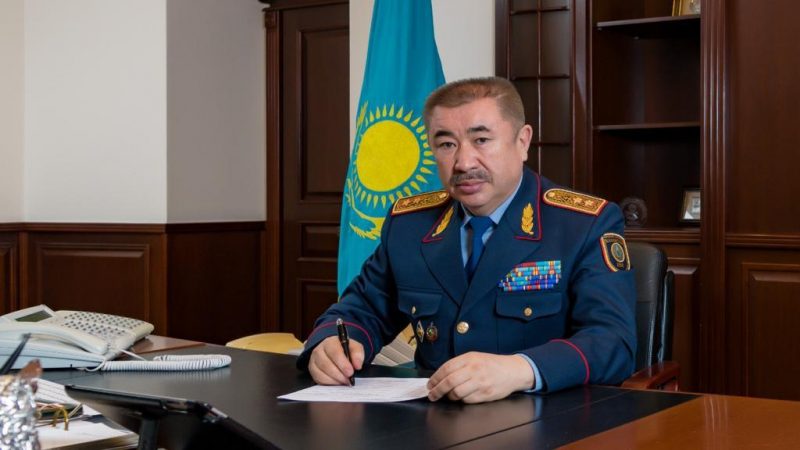 The reform of the law enforcement system has started in Kazakhstan recently as part of the overall modernisation of the country and the first evaluation of the results achieved look very optimistic, writes Yerlan Turgumbayev.

Yerlan Turgumbayev is the minister of internal affairs of the Republic of Kazakhstan.

The modernization of the internal affairs bodies of Kazakhstan is designed to change the attitude of citizens of the country to the police, which will also change due to today’s innovations. We were already able to achieve good results in a number of areas. For example, the selection and training of personnel.

First, we have optimized departmental education, and secondly, we have introduced a three-stage system of personnel selection, introduced the principle of competition. New qualification requirements have also been approved to promote young promising employees.

It is important to note that positive changes in terms of remuneration will also lead to an increase in the requirements for the work of the police themselves. The introduction of a new system of criteria for evaluating police performance is a proof of this.

These criteria are formed on the basis of social research. For example, at the end of last year, it was revealed that about 37% of respondents fully trust the internal affairs bodies and 38,4% partially. At the same time, 57.4% of the respondents assess the level of security in the country as quite satisfactory.

Important progress was achieved in the fight against corruption in the police corp. Several bureaucratic departments under the Ministry of Internal Affairs were subject to liquidation. These posts and divisions caused fair criticism of citizens, who signaled the corrupt practices.

Also, the digitalization of criminal and administrative proceedings is ongoing. Up to date, 95% of the services provided by the internal affairs bodies are automated. As a result, over the past 3 years, the number of corruption crimes in the police has decreased by 43%. Moreover, more than 70% of them were identified by their own security forces.

We consider each case of such offenses as an emergency. The perpetrators are brought to criminal responsibility and their chiefs are dismissed from their posts.

Work is ongoing to improve conditions in prisons. The installation of video surveillance in the territories of institutions of the penitentiary system contributes to the improvement of the situation. In addition, terminals have been installed for filing complaints and appeals by convicts in electronic form to other authorities.

More than 120 such terminals have already been installed and we will install about 500 more in addition.

But more importantly, we develop new formats of work with the population. Among our priorities are making it easier for citizens to access the police, their satisfaction with its services and the close partnership with the public.

In terms of the implementation of these tasks, we can particularly note the work of the police to ensure the effect of its constant presence in public places. Thus, the Ministry of Internal Affairs has introduced flexible patrolling: the number of foot patrols has increased in the most criminogenic areas of settlements.

Modern modular police posts with the necessary conditions for service and reception of citizens around the clock are also being installed. Today, there are 50 such posts in the regions. It is planned to install another 170. In addition, in public places, schools, hospitals of the republic, work has started on the installation of emergency audio/video call systems – the so-called “SOS Buttons”.

We also have high hopes for the mobile application “Police 102”, which was launched in February this year. It allows citizens to send information to the police about offenses they have witnessed.

It is important to note that when the applicant applies through “Police 102”, his location is automatically determined, which allows the operator to take emergency response measures. Up to date 46,000 citizens have already used this method of submitting applications.

The role of local police service officers and district inspectors , who are a key link in the system of crime prevention and delinquency, are another key priority. In order to improve the status of district police inspectors, their powers in the field of administrative proceedings and crime prevention will be expanded.

Thanks to internal reserves, we plan to increase the staff number of district police officers. Another important issue is the construction of additional precinct police stations.

As a result of measures taken, crime has really gone down. At least at the end of last year, we can talk about a 37% reduction. I do not deny that this may be partly due to the quarantine restrictions of last year.

But clearly it is the result of the measures taken that we have objectively achieved significant results in countering drug crime, in particular, due to the improvement of anti-drugs legislation, in particular by including synthetic drugs and eliminating laboratories for such drugs, also to target the sale and inducement to use drugs through the Internet and other electronic information resources as particularly serious crimes.

We are also interested in the experience in police reform of other countries, in particular the EU, who have strong safeguards for protecting human rights, human dignity and peoples’ privacy.