Kazakh official: The Taliban are no threat to Central Asia 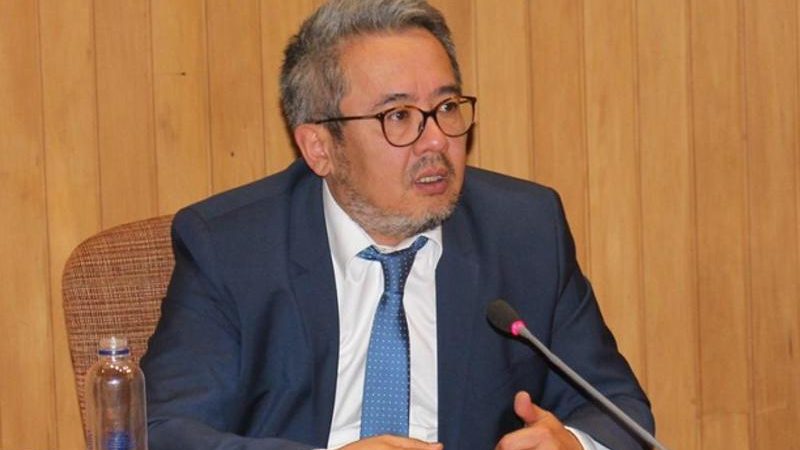 Talgat Kaliyev, Special Representative of the President of Kazakhstan on Afghanistan. [Inform.kz]

It is necessary to create conditions for dialogue with the new government in Afghanistan, regardless of its political attitudes and ideologies. This is very important for both the Central Asian countries and the EU, Kazakhstan’s Talgat Kaliyev told EURACTIV in an interview.

Talgat Kaliev is the special representative of the president of Kazakhstan on Afghanistan. He answered written questions sent by EURACTIV’s Alexandra Brzozowski.

Kazakhstan is closely following the development of the military-political situation in Afghanistan. With the complete withdrawal of US and NATO troops, the Taliban movement controls almost the entire territory of the country. We clearly understand the reasons behind the withdrawal of the US-led international coalition troops from Afghanistan. The US as a whole has achieved one of its main goals by reducing the terrorist threat from Afghanistan.

The changes that took place in this country from August to the present day were generally quite expected and predictable. We thought it would take a longer time for the Taliban to come to power, but everything happened much faster. The formation of a new government is expected. In all likelihood, the Islamic Emirate of Afghanistan, based on the norms of Sharia and Islamic law, will be proclaimed.

However, at the moment, we do not feel any serious regional threats in light of the change of power in Afghanistan. As we see it, the Taliban do not have any expansionist plans with regard to the countries of Central Asia.

We note that now the leadership of the reconciliation process has passed to the Afghans themselves, without external mediation. Many years of experience have clearly confirmed that there is no alternative to the peace process led by the Afghans themselves. The citizens of this country will themselves have to determine the most optimal model of state and social structure based on their historical experience and socio-political realities.

We believe that at the present time, it is advisable to wait for the first steps and statements of the new government, including on foreign policy. On the whole, our further policy towards Afghanistan, including the issue of recognizing the new government after its formation, will depend on these actions.

We support the opinion of the international community on the need to form an inclusive and representative government, in compliance with the norms of international humanitarian law, including against women and ethnic minorities, preventing the presence of terrorist groups that pose a threat to other states.

It is also necessary to monitor the further development of the situation, taking into account the justified risks of the spread of terrorism and extremism, the deterioration of the situation with the illegal circulation of weapons and drugs, as well as the growth of illegal migration and the influx of refugees, including the penetration of destructive elements into the region, violations of regional trade, economic, transport and logistics and energy ties, suspension of existing and planned strategic infrastructure projects in the region.

How can you describe Kazakhstan’s cooperation with the UN Assistance Mission in Afghanistan (UNAMA), which appears to have a particular importance in the new context?

In connection with the deteriorating situation in Afghanistan, the UN leadership asked the Kazakh side to temporarily station in Almaty part of the international personnel of UNAMA and other UN agencies accredited in Afghanistan.

As a responsible member of the UN and the world community, as well as based on the principles of international humanitarian law, Kazakhstan has made a positive decision on this issue.

The decision to temporarily deploy the United Nations Assistance Mission in Afghanistan (UNAMA) in the city of Almaty recognized Kazakhstan’s role in ensuring regional and global security.

We are ready to provide full assistance in the further functioning of this mission, which is designed to assist in the early stabilization of the situation and the reconstruction of Afghanistan.

We hope that the deployment of UNAMA in Almaty will serve as an effective tool for expanding fruitful cooperation in the field of efforts of the international community to rebuild Afghanistan using Kazakhstan’s potential as a transcontinental transport and logistics hub.

The attention of the international community is mainly focused on the consequences of the Taliban’s capture of the entire territory of Afghanistan in the form of a humanitarian and food crisis, refugees, and compliance with international humanitarian law.

In this regard, Kazakhstan is ready to continue providing regular humanitarian assistance to Afghanistan, continuing since 2008, especially in terms of higher education programs. About 30 Afghan girls are studying in Kazakhstan with the support of the EU and UNDP, this year it is planned to admit another 100 to the universities of Kazakhstan, Kyrgyzstan and Uzbekistan. Also, students from Afghanistan study in our country on grants provided by the Kazakh side.

Kazakhstan is ready to continue implementing these programs. At the same time, in practice, the decision to leave will be taken by the new Afghan authorities. When any of the Afghan citizens who are on our territory apply for refugee status, the authorized state bodies consider them in accordance with national legislation and international humanitarian law.

What is the potential to help resolve regional security issues around Afghanistan in synergy between Kazakhstan and the EU?

Within the framework of joint work to resolve regional security issues in the context of the situation in Afghanistan, it is advisable to use further the potential of interaction at the level of special representatives for Afghanistan and the EU.

During the recent visit to Nur-Sultan of the EU Special Representative for Central Asia, Teri Hakala, an agreement was reached to maintain a constant dialogue on Afghan issues. Working contact was also established with the acting EU Special Envoy for Afghanistan, Thomas Niklasson. This format provides an opportunity not only to exchange views on the current situation but also to develop common approaches and initiatives on regional security issues in the current environment.

It is necessary to create conditions for dialogue with the new government, regardless of its political attitudes and ideologies. This is very important for both the Central Asian countries and the EU countries.

In general, within the framework of the expanded strategic partnership between Kazakhstan and the EU, we are interested in the further development of comprehensive cooperation.