Austria opts for dialogue with the Visegrád four

Hungary’s Prime Minister Viktor Orbán is an irritation to many EU politicians. However, it is becoming clear that the new Austrian government relies on dialogue and wants to fulfil a “bridging function”. EURACTIV Germany reports from Vienna.

Before and after Orbán’s visit to Vienna, there had been strong criticism, coming especially from the opposition. The main themes were his authoritarian style of leadership, restriction of media diversity and the refusal to accept refugees.

In this regard, the European People’s Party (EPP) has been feeling uneasy for a long time already, as Orbán’s “Fidesz” party is an EPP member and has repeatedly been confronted with allegations of undemocratic behaviour.

There was also criticism that the Austrian government is offering Orbán a platform in his ongoing election campaign to present himself as a politician who is recognised in Europe.

The former Austrian vice-chancellor and now chairman of the Institute for Danube Region and Central Europe, Erhard Busek, an ÖVP politician who was often critical of his own party, said in an interview with EURACTIV, that it is very important to seek dialogue.

Especially with Orbán, he says. For Busek, dialogue with Central and Southeastern European states deserves more attention. This is a role that Austria has been explicitly given in connection with EU accession negotiations.

Offer of a “bridging function”

Austrian Chancellor Sebastian Kurz apparently pursues this line. At the end of the talks with his Hungarian counterpart, he emphasised that he sees Austria’s role in this region as a “bridge builder”. In particular, there is the need to assume a “bridging function” within the EU between the Visegrád states and Western Europe.

One of the main topics of the conversation, which as diplomats emphasised was conducted in a very open and good atmosphere, was the migration crisis. In this regard, Orbán above all referred to the fact that Hungary is playing a crucial role in the protection of the EU’s external border, thus making its contribution to the solution within the EU.

The Austrian side, however, did not comment on Orbán’s statement that Hungary does not want a ‘Muslim-Christian mixed society’ through the influx of refugees.

Visegrád membership not an option?

There was no mention of a step that the coalition partner FPÖ had called for in the election campaign – that Austria joins the Visegrád four, or V4 in short. That would be not up for further discussion. However, in the framework of the EU, cooperation on issues of common interest would be desirable. 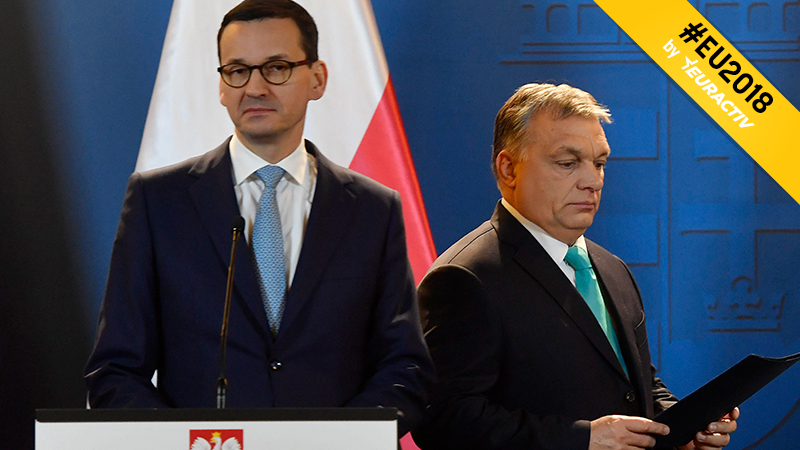 According to internal rumours, a crisis is looming inside the V4. Poland in particular apparently feels quite underutilised in this group; because of its size, it rather sees itself on a par with countries like France and Germany.

In the meantime, Kurz and Co. are looking forward to other Easter dates.

Serbian President Aleksandar Vučić will come to Vienna on Friday. His concern is not just the development of good bilateral relations. He will once again promote Serbia’s accession to the EU and advertise the countries’ preference for the current 2025 deadline. He can count on support from Vienna, as Austria is one of those countries that are particularly strongly campaigning in Brussels for the integration of the Western Balkans.

The next highlight will be on 1 June, when oil and gas companies Gazprom and OMV hold a gala reception on the occasion of the 50th anniversary of signing gas supply contracts with the then Soviet Union. Russian President Vladimir Putin is considering coming to Vienna too.

One response to “Austria opts for dialogue with the Visegrád four”