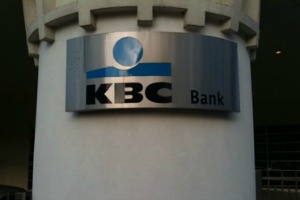 Slovenia appears to be on its way to becoming the sixth eurozone country to request an EU bailout as it seeks to prop up its struggling banking sector, including the country’s largest bank that is partly owned by Belgium’s KBC.

A European Commission spokesman said yesterday (3 July) that the EU executive had not received an official request for help from Slovenia and that it had nothing to add to the financial recommendations made to Slovenia in May (see background).

Bloomberg quoted Michal Dybula, an economist at the BNP Paribas, as saying it was “increasingly likely” that Slovenia would be the next eurozone country asking for a bailout to prop up the banking sector.

If so, Slovenia, the first post-communist country to have adopted the euro, would join Greece, Ireland, Portugal, Spain and Cyprus in the bailout camp.

Eurozone leaders agreed at an October 2011 summit on a plan to recapitalise  banks, under which they were required by 30 June 2012 to have 9% of the highest quality capital measured against liabilities.

The difficulties appear to have arisen after KBC, the Belgian bank that owns 25% of NLB, abandoned plans to buy new shares in an aborted deal in which it would have provided funds for recapitalisation.

The rest of the bank is state-owned and the country, already under deficit procedure, finds it difficult to fund the effort.

Slovenia's budget deficit soared to some 5.5% of GDP in 2011 from a balanced budget in 2007 because of lower tax income and high government spending.

According to some reports KBC decided not to acquire new shares, as it was not sure if the European Commission would approve the move. KBC did not respond to EURACTIV's e-mail requests for a response.

In 2008 KBC suffered heavy losses and received Belgian government support a year later. As a condition for the support, it committed to sell several subsidiaries.

Antoine Colombani, spokesman for Competition Commissioner Joaquín Almunia, said that in the recapitalisation of NLB, the Commission is in charge of ensuring the state support granted complies with EU state aid rules.

The specific situation of this case, however, is that KBC has also been receiving substantial amounts of state aid and as a result has obligations under a restructuring decision taken by the Commission in November 2009, he explained.

The restructuring plan for KBC  approved by the Commission includes the divestment of a number of assets. In particular KBC's stake in NLB must be divested by 31 December 2012. In a meeting requested by KBC, Almunia informed the Belgian company that it still needs to comply with this decision.

Almunia also reportedly told KBC that if they wanted to extend their participation into NLB beyond 2012, they should then propose compensatory measures, in terms of an equivalent divestment is offered in compensation. KBC has already used such a scheme with respect to divestment of its acquisitions in other Central and Eastern European countries.

Despite this possibility, KBC announced its withdrawal from the recapitalisation of NLB.

The Slovenian authorities then told the Commission that they would find an alternative way to recapitalise NLB, with an additional capital injection of €382.9 million, a huge sum for the small country.  The Commission temporarily approved this recapitalisation, but also launched an in-depth investigation on the restructuring plan of the bank.

Slovenian Prime Minister Janez Janša said on 27 June that the country risks a “Greek scenario”. Two days later, he told journalists in Brussels at the EU summit that the government was “doing everything to find a solution” and was seeking to avoid the need for assistance.

After the publication of this article, KBC sent its statement announcing the bank’s decision not to subscribe to the capital increase of NLB.

“As a responsible shareholder, KBC has always acknowledged the importance of a sound capital base for NLB. Consequently, KBC has remained in close and intense discussion with the Slovenian government and the National Bank of Slovenia regarding NLB's capital position over the last months and days and it has voted in favor of the short term capital solution proposed by NLB and the Republic of Slovenia at last Wednesday’s annual shareholders’ meeting.

“Still, any decision by KBC to support the capital position of NLB, should be value preserving for KBC and supportive of a value creative long term strategy and business plan for NLB.

“Every decision taken by KBC should also be in line with the strategic plan KBC agreed with the European Commission. In this strategic plan, KBC repeated that its non-strategic stake in NLB was earmarked for divestment.

“After very careful and thorough consideration of all the elements mentioned above and in consultation with all relevant parties, KBC has today decided not to participate in the short term capital solution proposed by NLB and the Republic of Slovenia,” the statement concludes.

The Council Recommendation on Slovenia adopted at the 27-28 June summit asks the country to “build sufficient capital buffers in the banking sector”. But on the other hand, Ljubljana is asked to reinforce the budget strategy for 2013 and take additional measures to ensure “a timely correction of the excessive deficit in a sustainable manner”.

According to the latest Commission In-Depth review for Slovenia under its excessive deficit procedure, the country is in the second dip of a double-dip recession. Its banking system has struggled to come to terms with the large indebted construction companies, that weak demand and falling prices have bankrupted.

The Commission’s assessment of the national reform program for Slovenia deplores that lengthy and cumbersome court proceedings harm banks and stifle investment.