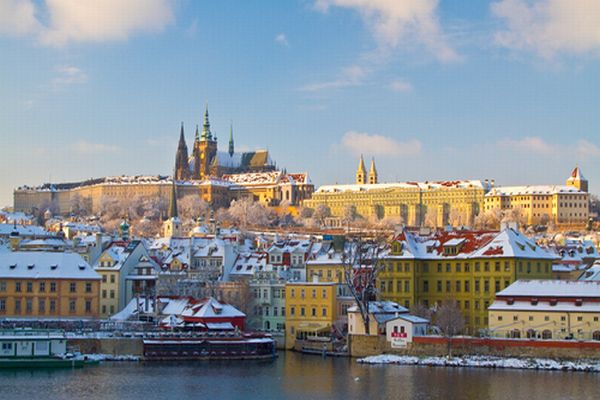 Czech Prime Minister Petr Ne?as says he favours holding a referendum on the 'fiscal compact,' but is waiting for a final draft of the intergovernmental treaty aimed at tightening fiscal discipline in the eurozone. EURACTIV Czech Republic contributed to this article.

Ne?as said he prefers that Czechs decide the country's accession to the new treaty (see Background). The Czech Republic is not in the eurozone, but its EU accession treaty requires it to adopt the currency as soon as it meets the criteria.

In theory, the fiscal compact could be ratified by a constitutional majority (three-fifths) of votes in the two houses of parliament.

"The intergovernmental [fiscal compact] treaty undoubtedly means a radical transfer of powers to the EU," Ne?as said, quoted by the national agency ?TK.

Ne?as referred to the latest draft of the treaty, which he said enabled "a voting cartel".

"If two big countries agreed on something with the EC, all remaining states would have to vote together with them", Ne?as was quoted as saying, apparently referring to France and Germany which pushed the compact.

He said it was necessary to wait for the final text of the document that is to be binding on the eurozone members. Other EU states could join voluntarily.

While the ruling Civic Democrats and junior partner Public Affairs would like to see the matter decided in a national referendum, the third party in the government – TOP 09 – says such an issue is "too complex" for the electorate and should be made by Parliament.

The opposition Social Democrats are against holding a referendum on the fiscal pact. This would leave the Civic Democrats and Public Affairs in the unenviable position of petitioning the Communists for support and possibly trying to break the ranks of the other two parties, Czech Radio reported. It adds that the eurosceptic Czech President Václav Klaus has not yet taken a position.

In 2009, Klaus made headlines with his efforts to block ratification of the Lisbon Treaty at a time when the country held the rotating EU presidency.

He rejected a government argument that the treaty represented a transfer of power from the national to European level, saying the fiscal compact, being an intergovernmental treaty, does not bring about any change to EU's primary law.

Asked by EURACTIV Czech Republic on Wednesday to comment on the issue, Jan Machá?ek, influential commentator from Respekt weekly, said that in case of referendum, it would most probably end up being rejected by voters.

Petr Zahradník, an economist at ?eská spo?itelna Bank (part of the Erste Group in Austria), told EURACTIV Czech Republic that the government decision was "buck-passing".

"The Czech Republic would find itself on the periphery of an emerging multi-speed Europe," he said, adding that the country "should not disqualify itself from key decision processes" in the EU.

Faced with a British veto of an EU-wide deal, EU leaders agreed at a summit on 9 December to a new intergovernmental treaty aimed at tightening fiscal discipline in the eurozone and address the bloc's debt problems.

The treaty is expected to be signed by March 2012 and opened to ratification by nations outside the 17-member eurozone.

The treaty - or fiscal compact, as it is known - will force member states to run a balanced budget and limit public deficits to 0.5% of gross domestic product in an effort to avoid a repeat of the sovereign debt crisis currently shaking the EU.

Where debt is lower than 60% of GDP, deficits of up to 1% would be tolerated. Temporary deviations will only be allowed in cases of unusual event with a major impact on the financial position of the government or in periods of severe economic downturn for the euro area.