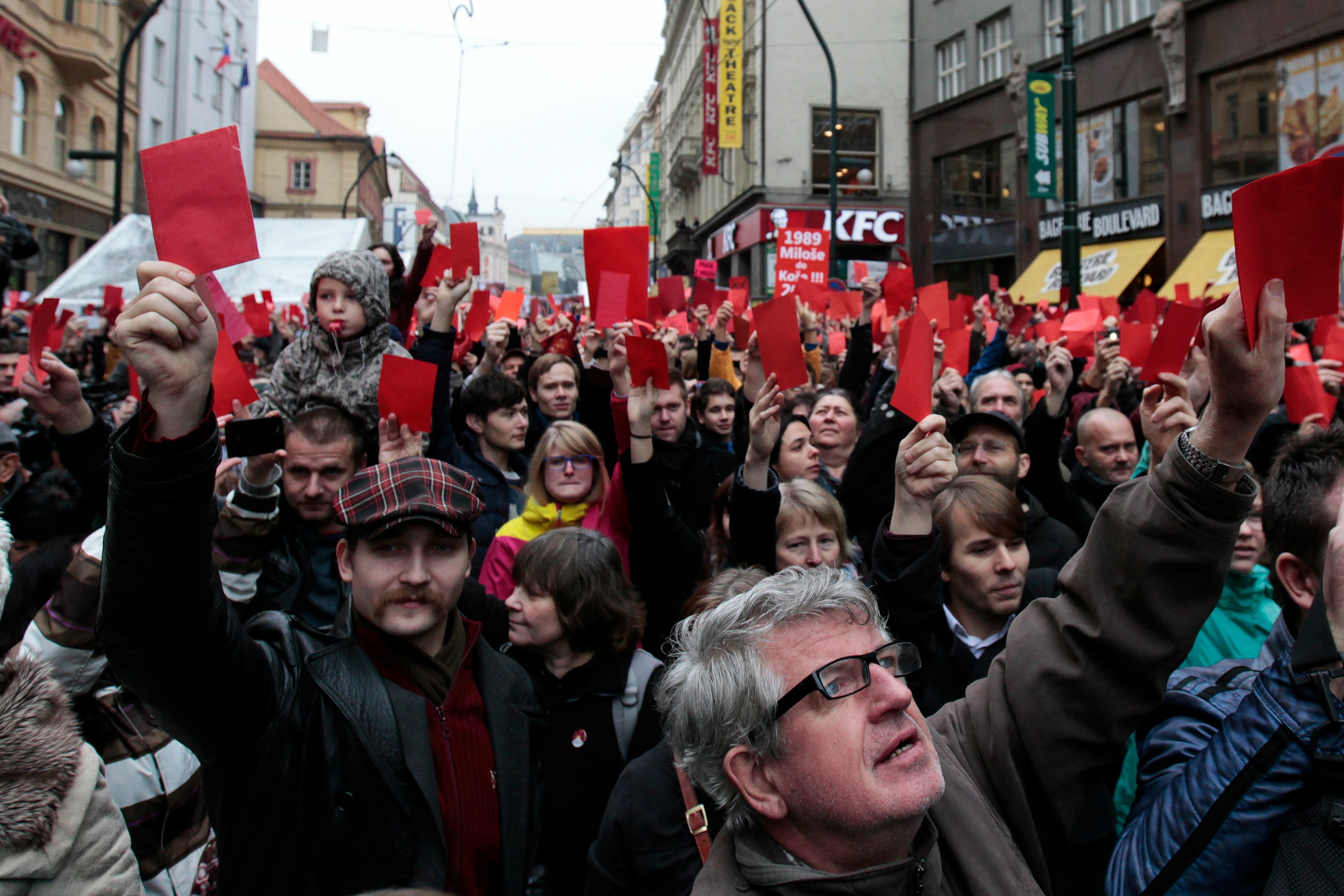 Czechs marked the 25th anniversary of the fall of communism in Prague on Monday by again marching in protest, this time waving red cards, rather than jangling their keys to serve notice to unpopular rulers.

Over 5,000 people rallied in the capital to raise the soccer-style penalty warning against President Miloš Zeman, accusing him of drifting too close to Moscow – the power centre that dominated their country from 1948 to 1989.

Others gathered in Prague and other cities to light candles and remember the day 25 years ago, when police violently broke up a student march, sparking the Velvet Revolution that topped the communists and brought dissident Vaclav Havel to power.

Growing numbers of Czechs feel that ideals of their peaceful revolution, such as the defence of human rights, once a trademark of post-1989 Czech foreign policy, have been sidelined by economic interests.

“This date is crucial in my life, I was 15 then and thanks to gaining freedom at such a young age I grew up as a free man,” protest organiser Martin Prikryl said on state television. “I can tell my president today that I disagree with him. Twenty-five years ago, I would have got hit by a (police) baton.”

People around him carried banners saying “Down with Zeman” and “We don’t want to be a Russian colony.” 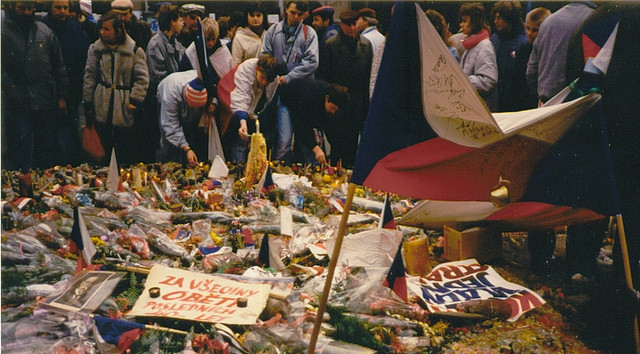 Zeman has defended Russia, while Prague’s European Union partners impose economic sanctions on Moscow for its involvement in Ukraine. He has also described Pussy Riot, the punk group jailed for denouncing President Vladimir Putin in a Moscow cathedral, as hooligans who should not have been treated as political prisoners.

The country’s foreign policy is handled by the centre-left cabinet, which backed EU sanctions, but only after negotiating their softening.

The foreign ministry has also said it was looking for a less confrontational approach to promoting human rights, suggesting a departure from the country’s tradition in backing opposition in countries like Cuba or Myanmar.

Zeman, 70, a former leftist prime minister, won a direct election last year, and still retains support of about half the voters. His backers were due to hold a rally later on Monday.

As part of the celebrations, Prime Minister Bohuslav Sobotka was due to unveil a bust of Havel in the US Congress in Washington. The former president died in 2011.