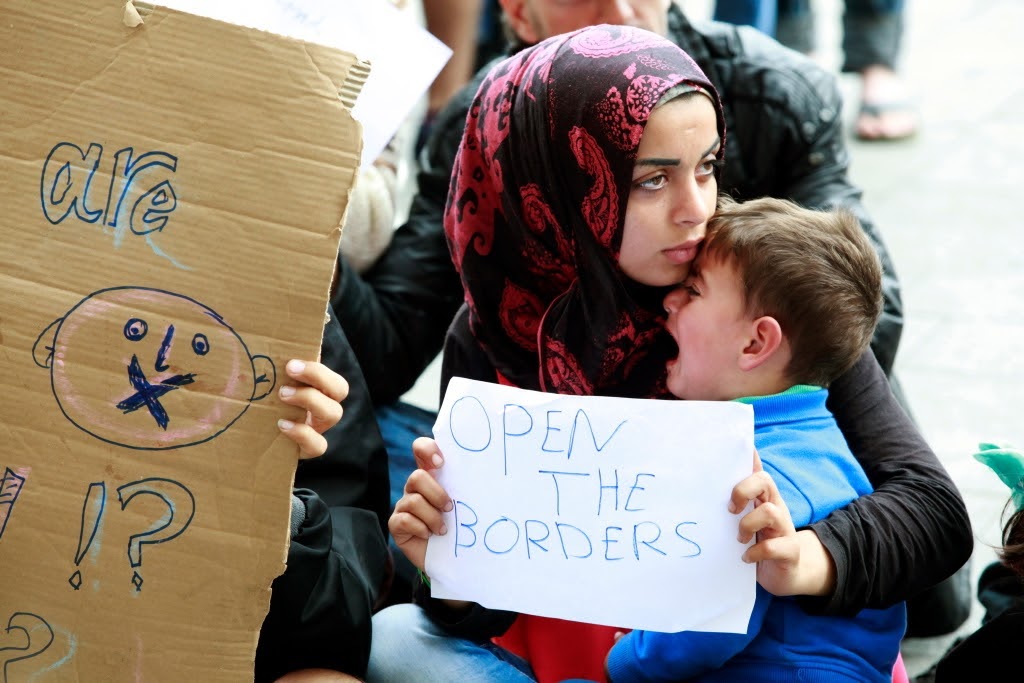 Many refugees are being stopped from leaving Hungary. [Rebecca Harms/Flickr]

At a press conference on Monday (7 September), the French president explained France’s position on the refugee crisis and called for an international conference to address the phenomenon.

Of the 120,000 people the European Commission plans to resettle across the EU’s 28 member states, France has promised to accept 24,000 over the next two years. François Hollande also announced that he had offered to take in, over the coming weeks, 1,000 refugees that had crossed from Hungary to Germany over the last few days.

The French president also called for an international conference on the refugee crisis, which he suggested could take place in Paris.

The case for quotas

François Hollande explained the reason behind his change of tack on the subject of quotas for refugees, which the Commission has been pushing since June. He said that countries could not fight to limit the number of refugees because asylum is a legal right. He added that his change of position had in part been motivated by the bad will demonstrated by some of his European colleagues.

“We spent part of the night discussing the subject at the European Council in June, and the debate centred on a voluntary scheme for 40,000 documented refugees. Yet only 35,000 have been settled. We cannot leave it there. If there are more refugees, we need other solutions,” the Hollande explained.

While a meeting on the implementation of this new system is scheduled for 14 September, François Hollande warned that “the European Council would have to be involved if the Commission could not find common ground” between the different EU countries.

Slovakia and Hungary in the firing line

This was a thinly veiled swipe at the governments of Slovakia, which announced its intention to accept refugees only if they were Christian, and Hungary, which recently built a fence along its border with Serbia.

>>Read: Commission frowns on ‘Christian only’ solidarity with migrants

On the whole, European countries have shown very little inclination to share responsibility for the refugees that continue to arrive.

“What would these countries have thought when the wall came down if we had said: don’t come, stay where you are, wait. But instead we told them: we are part of the same group, come, come to Europe,” Hollande added.

These pronouncements will be put to the test on 14 September at an extraordinary meeting of the Justice and Home Affairs Council in Luxembourg, which all 28 of the EU’s interior of ministers will attend.

The president also announced that France was preparing to fly reconnaissance missions over Syria to seek out possible Islamic State targets.

Without a joint policy, the permanent and compulsory mechanism for distributing refugees between European countries would "explode" and surely spell "the end of Schengen", François Hollande said on Monday.

"European countries need to adopt a new mechanism and joint policy. Without it, the mechanism will not work, it will explode, and it will cause a massive influx that will surely spell the end for Schengen, the return to national borders. And will the national borders help us provide the necessary response? No. We need Europe and Europe needs solidarity and responsibility," François Hollande said during his press conference.