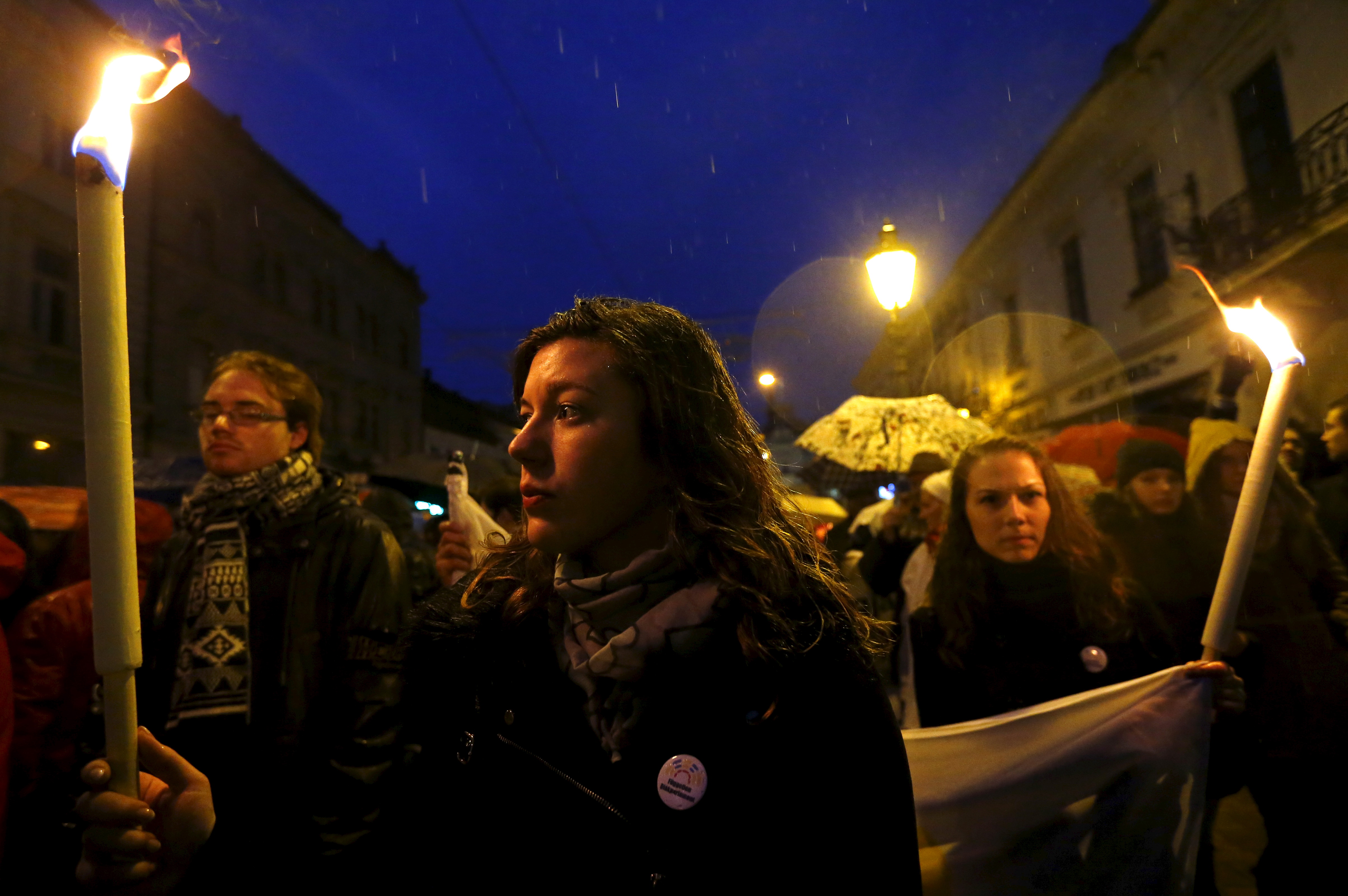 Thousands of Hungarians protested on Wednesday (3 February) against reforms of the education system by Prime Minister Viktor Orbán’s centre-right government that they consider oppressive and heavy-handed.

The protesters say the reforms are yet another example of what they see as Orbán’s authoritarian style of leadership that has drawn criticism from the European Union and the United States as well as human rights groups within Hungary.

Ironically, the Hungarian Commissioner Tibor Navracsics, appointed by Orbán, is in charge of the EU executive’s education portfolio.

The Orbán government, in power since 2010, took control of schools from local authorities three years ago and a central body now regulates all aspects of education, down to procuring chalk for rural elementary schools.

It has significantly increased teachers’ workload and set a new curriculum using textbooks the critics say contain factual errors and promote very conservative views on issues such as homosexuality.

“The government does not want educated, creative people but dumb automatons who are easy to control,” said one protester, Marta Baliko, a retired teacher in the eastern town of Miskolc, epicentre of opposition to the reforms.

“Teachers have been drained by the high number of classes and by the uniform textbooks,” she said.

Teachers at the Otto Herman Secondary School in Miskolc ignited the nationwide protests last month when they drew up a petition addressed to the Hungarian people demanding the government reverse its reforms and restore schools’ autonomy.

“The entire education system is in danger,” they wrote. “Everything is chaotic. Teachers are insecure, desperate and often apathetic.”

The petition has drawn the support of more than 30,000 people and more than 10 percent of all schools in Hungary.

The government, which cited the need to save money among its initial reasons for its overhaul of education, said it was beginning a series of consultations over the issue.

A think tank attached to the ministry overseeing education acknowledged some of the problems in a recent study, saying no other EU country had introduced such a “radical centralisation” of schools.

>>Read: Trócsányi: ‘There are different interpretations of democracy’

Protesters staged marches in a dozen Hungarian towns and cities on Wednesday, though the rally in Miskolc where people carried torches and chanted slogans was the largest.

However, the protests are unlikely to unsettle Orbán’s ruling Fidesz party, which leads all opinion polls, said analyst Peter Kreko at the Political Capital Institute.

Orbán has bounced back from previous popular protests, for example in 2014 against a planned tax on Internet data. His tough stance on Europe’s migrant crisis has further bolstered his support, especially in the absence of an effective opposition.

“Orbán communicates well on popular subjects such as the refugee crisis and this drowns out policy mistakes even when they have an acute effect on everyday life,” said Kreko.