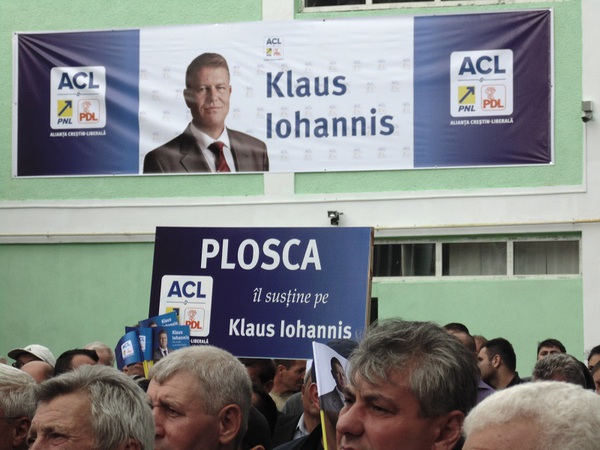 A national vote is not due until 2016, but Iohannis, speaking in his capacity as leader of the centre-right opposition National Liberal Party, said his party might look to forge new alliances to unseat Ponta as early as next year.

Iohannis beat frontrunner Ponta in the weekend’s presidential election, promising in his campaign to step up Romania’s fight against corruption and make it a more attractive place for foreign investors.

He scored an early victory on Tuesday when parliament bowed to his calls to scrap legislation aimed at keeping politicians out of jail, which was introduced last year to relieve pressure on overcrowded prisons but sparked outrage.

While a Ponta presidency may have brought stability to one of Europe’s poorest countries, a win for Iohannis means that executive powers remain split between rival political camps and could also pressure Ponta’s government to bow out.

“We, the Liberal Party [his National Liberal Party is affiliated to the centre-right EPP political family], want to take over power. This will happen in 2015, or at the 2016 parliamentary election at the latest,” Iohannis told reporters after a party meeting. “Now there is an urgent need for the 2015 budget because … Romanians need to know what is going on.”

The former communist state of 20 million is emerging from painful budget cuts imposed during the global slowdown. Growth rebounded to more than 3% in the third quarter of 2014, but corruption and tax evasion are rife. Progress to implement reforms and overhaul a bloated state sector is mixed.

Political squabbles have often hampered Romania’s progress in its 25 years of democracy. Prime minister since 2012, Ponta often feuded with the outgoing president Traian B?sescu, which stymied policymaking and caused a constitutional crisis.

Ponta’s Social Democrats and his coalition partners still have a comfortable-looking majority of nearly 60% in parliament. But Romania has a long history of defections and Iohannis’ own party split from the government in February.

To contain the fallout from his defeat, Ponta on Tuesday replaced his foreign minister for the second time in just over a week, after voting problems for Romanians overseas triggered huge protests and helped turn the tide in Iohannis’ favour.

Echoing several analysts’ assessments, a note from Nomura on Monday said Iohannis’ election was more risky for Romania in the short term. It heightened the chance of early elections and complicated talks for an ongoing aid deal with the International Monetary Fund.

“However, in the medium and long run, we believe there is a chance of a stronger credit story, while the government may actively tackle corruption and promote independence of the judiciary,” it said.

The Social Democrats were dogged by several high-profile corruption scandals in the final weeks of Ponta’s presidential campaign. Following his defeat, Ponta said voters had sent a clear anti-graft message and urged his MPs to reject the amnesty bill, which was originally proposed by a member of his party.

About 6% of all deputies and senators are either under investigation, on trial or already sentenced on graft charges, data from anti-corruption prosecutors showed. But on Tuesday, the lower house rejected the bill almost unanimously.

The decision might send a positive signal to the European Union, which keeps Romania’s justice system under special supervision and out of the passport-free Schengen zone until its performance improves (see background).