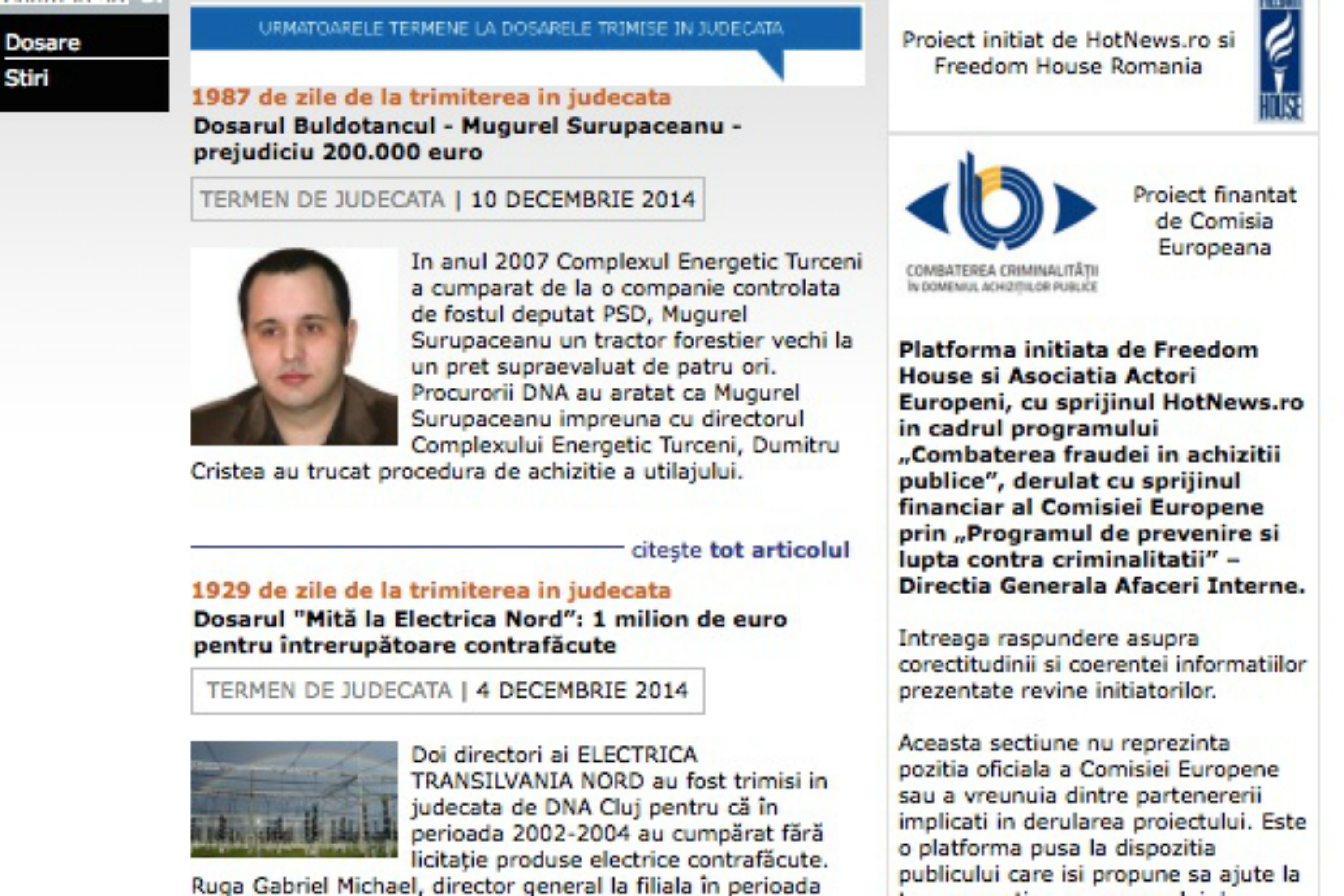 According to official data, more than 19,000 tendering procedures were initiated last year on the communication platform used in the awarding process for public procurement contracts. Their total value was RON 74.6 billion (€16.9 billion), according to the latest Annual Report of the National Council for Solving Complaints (CNSC).

The CNSC deals with the complaints about the public procurement market. By way of comparison, €16.9 billion is more than double than the value of the European Structural Funds received by Romania in the last seven years.

The Romanian public procurement market is characterised by a great many problems and irregularities, which is only partially reflected in official numbers. For example, CNSC made decisions on about 60% of cases, which means that almost two thirds of all procedures were subject to complaints.

Almost 40% of the complaints were about public procurement contracts financed by European Funds.

ilviu Popa, who works for CNSC, explained that the number of complaints influences the perception of private investors regarding the way that the government manages public money. Romanians are not “professional complainers”, but these numbers reflect vulnerabilities in the public procurement system, he argued.

Popa also stressed that Romania has a very competent system for solving complaints. But reform was still needed.

At the request of EURACTIV.ro, Bogdan Paul Dobrin, president of the National Authority for Regulating and Monitoring Public Procurement (ANRMAP), provided information about the contract-awarding procedures.

The most frequent types of irregularities discovered include:

The journalism project dosareachizitii.hotnews.ro, dubbed “The PP files”, was launched in April 2014, to raise awareness of public procurement corruption. Since its launch, it has already had success. After it exposed an apparently illegal, restrictive qualification requirement in a tender document, the Education Ministry was forced to revise down figures by almost ten times.

The platform was launched as part of the project “Fighting Public Procurement Criminality. An Operational Approach”, coordinated by Freedom House Romania Foundation, with important institutional partners in Romania, France and Germany.

It was developed in response to the Romanian authorities’ need to implement EU recommendations in the field of fighting public procurement fraud, such as those of Fighting Corruption in the EU and the Commission report under the Cooperation and Verification Mechanism (CVM) of 8 February 2012.

So far, 17 cases of fraud and corruption have been covered by the project’s journalists, five of them having been closed after a final decision.

One case looks like a typical case of fraud by local authorities. Mircia Gutau, mayor of the city of Ramnicu Valcea, was sentenced to two-and-a-half years prison. He bought playground equipment in Bulgaria for €9,000 and re-sold it to the local authorities for €30,000.

Another case concerned a land swoop, which, according to the prosecution, will lose the Baneasa airport in Bucharest €4 million. The case, which dragged on from January 2008 to March 2013, ended with the acquittal of all the defendants.

The website also offers a full overview of the judicial process, and describes the tricks and loopholes help the defendants escape from justice.