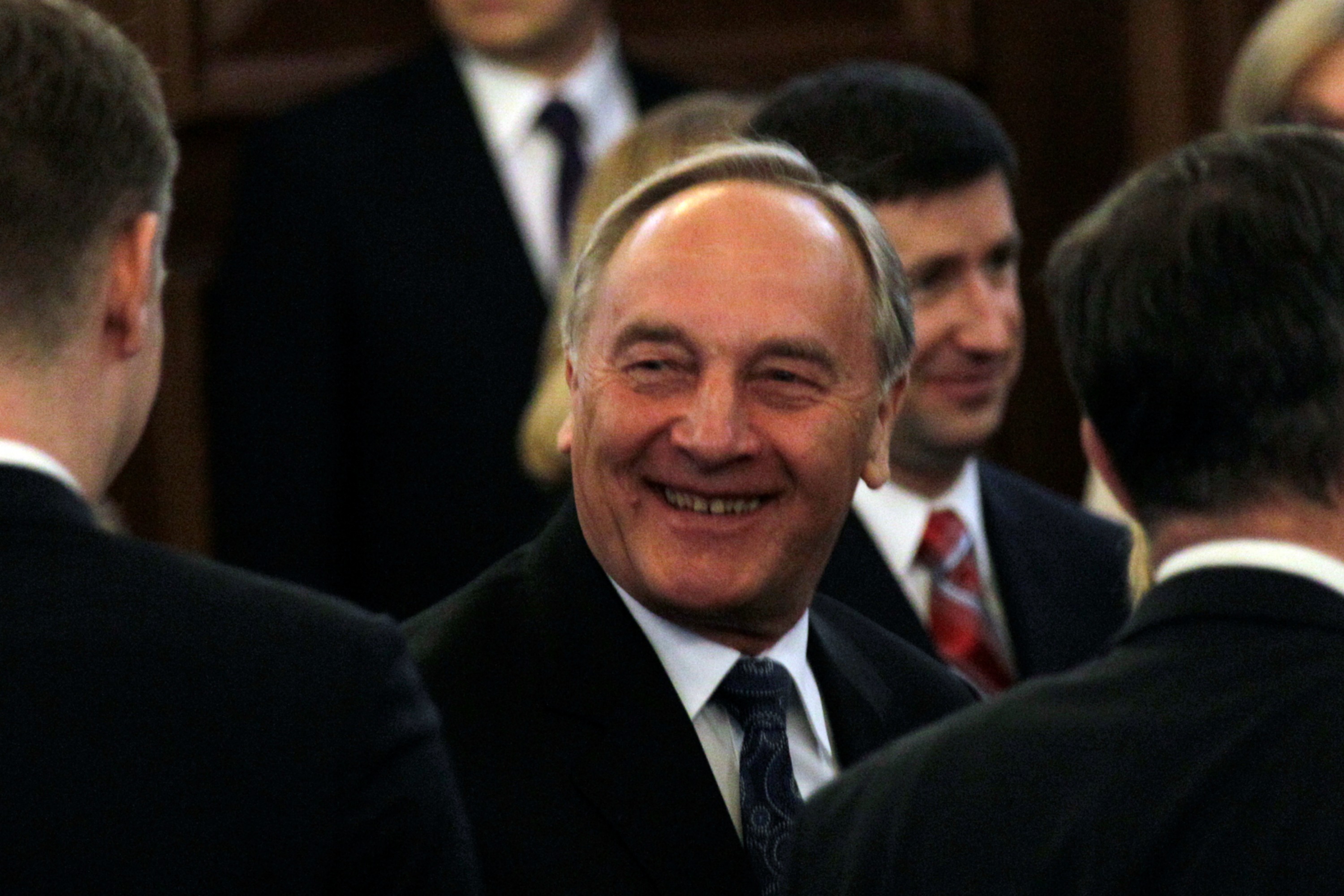 Latvia’s hawkish center ruling coalition has won a clear majority in a general election, results showed yesterday (5 October), after taking a hard line over the actions of Russia, its neighbor and former ruler, in Ukraine. But elections demonstrated that the largest single political is the mainly ethnic Russian ‘Concord’ party.

Victory for the center in the Baltic state, which takes over the presidency of the EU at the start of next year, will bring a sigh of relief from many worried that Concord might gain power and give Russian President Vladimir Putin a friendly voice in the European Union.

Heavily supported by the ethnic Russians which make up almost 21% of voters, Concord was the biggest single party, with 23.1%.

Together, the Unity party, the Nationalist Alliance and the Union of Greens and Farmers had won 58% support with 99% of votes counted, according to figures from the electoral commission. They will have 61 MPs in the 100-seat parliament.

“Putting the current votes for the coalition in the preliminary results together, it [the coalition] has convincingly acquired a majority,” Latvian President Andris Berzins said on television on Sunday.

While Latvia is still recovering from the financial crisis, which saw its economy contract around 20%, the election has been dominated by security issues.

The former Soviet republic is a member of both NATO and the European Union and has backed EU economic sanctions imposed against Moscow over its annexation of Ukraine’s Crimea peninsula, and its support for pro-Russian separatists in eastern Ukraine.

Casting her vote on Saturday, Prime Minister Laimdota Straujama said that Latvians were nervous about an increasingly aggressive Russia, which annexed Crimea earlier this year as part of its policy of “defending” ethnic Russians abroad.

“This election is different because of what is going on in Ukraine,” Straujuma of the Unity party said.

“The situation is escalating there again, and people are worried what will happen because we have a border with Russia.”

Latvia also contains many ethnic Russians, who constitute about a quarter of its two million population. When the Soviet Union broke up, many ethnic Russians were stranded in the Baltic states, and defined as “non-citizens” without full passports. UN figures for 2013 showed that there were more than 280,000 non-citizens in Latvia.

Some fear that the Russian-speaking communities in the Baltics could become geopolitical flashpoints, potentially manipulated by Putin to destabilize the region. Moscow has long complained about the rights of ethnic Russians in the Baltics.

With Russia on its doorstep, the Latvian government has taken a robust stance on security. After taking over as prime minister in January, Straujuma boosted defense spending and joined Baltic neighbors Estonia and Lithuania in pressing for a bigger NATO presence in the region.

It has also strongly backed EU sanctions imposed on Russia and, along with its Baltic neighbors and Poland, agreed to host about 700 US troops and tanks, which will be deployed in the next two weeks, to deliver a message of NATO resolve to Moscow.

On Sunday, Latvian President Berzins said he would sound out all the parties in a week’s time and, based on those discussions, would name a new prime minister.

The Unity party, the Nationalist Alliance and the Union of Greens and Farmers fought the election as separate parties but said they would continue to govern together if they got enough support in the election.

He said his party, the biggest in the coalition, wanted Straujuma to continue as prime minister.

Its leader, Riga mayor Nils Ushakovs, sparked domestic protests earlier this year when he told Russian TV that Putin was the best Russian leader to have, from a Latvian point of view.

The Concord party has called for Russian to become Latvia’s second official language, and did not back a recent parliamentary resolution supporting Ukraine against “Russian aggression”.