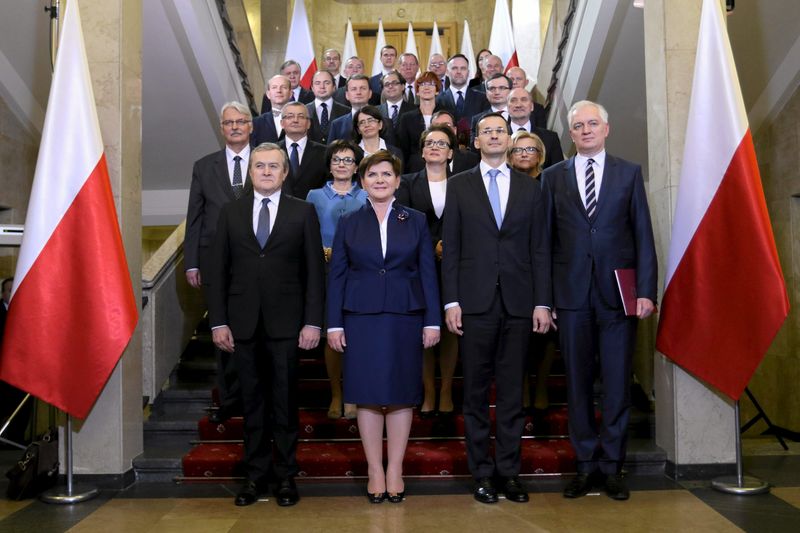 While the governing Law and Justice (PiS) party that won last month’s general election after eight years in the opposition supports Poland’s membership in the EU, it is eurosceptic and desires greater independence from Brussels.

Asked about the missing flag by reporters after a cabinet meeting, Prime Minister Beata Szydlo said: “We’re an active EU member… but we adopted the approach that statements after government meetings will take place against a backdrop of the most beautiful … white-and-red flags.”

“We’re going to pursue a policy that, while appreciating our EU membership, secures maximum benefit for our Polish citizens, for Poland’s economy and for our homeland,” she added, surrounded by a dozen large Polish flags.

“I’m very happy that in today’s difficult times we are members of the EU and NATO.”

Szydlo’s predecessors from the centrist Civic Platform (PO) party, in power since 2007, had always held government press briefings in front of both flags.

Meanwhile, Israel’s leading newspaper, Haaretz, has unearthed a statement made by the new Polish defence minister Antoni Macierewicz (PiS) it considers to be anti-Semitic.

Back in 2002, Macierewicz told Radio Maryja that he had read the infamous Protocols of the Elders of Zion, and is reported to have said that ‘experience shows that there are such groups in Jewish circles.’

The “Protocols,” which purports to be about a Jewish cabal planning world domination through the economy and media, has been proven to be a hoax.

Macierewicz, a former member of Poland’s anti-Communist opposition movement and deputy defense minister, is known for his efforts to purge the country’s military intelligence services of communist and Russian influence.