President of the European Commission, Jean-Claude Juncker and Gunter Oettinger (R), European Comissioner for Budget and Human Resources give a press conference following the College meeting - Institutional affairs and the Multiannual Financial Framework after 2020 meeting at the European Commission in Brussels, Belgium, 14 February 2018. [EPA-EFE/STEPHANIE LECOCQ]

“During the debate, it will also be necessary to consider the impact of a possible breach of fundamental values or the rule of law at the national level on individual beneficiaries of EU funds, such as Erasmus students, researchers or civil society organisations,” the Commission stated, presenting its draft paper on the next seven year budget cycle.

One of the options it proposes is to increase the dependence of funding from the EU budget on respect for the bloc’s values.

Poland could lose due to new rules?

For Poland, which is embroiled in conflict with the Commission over the state of the rule of law, that could be a problem. However, Juncker sees an opportunity for a compromise.

Although the condition of access to EU funds is a long way from becoming reality, Budget Commissioner Günther Oettinger announced that work on the preparation of appropriate legal regulations has already begun.

“If only two countries support this solution, we will not present it. We need a clear signal from the leaders,” media quote a Brussels representative wishing to remain anonymous.

“Dividing the EU budget has always had and should always be aimed at securing needs and other factors, and only needs should define it,” said Polish government spokeswomen Joanna Kopcińska, assuring that Poland is not afraid of linking EU funds with the rule of law.

“Just as you can measurably assess the budget in the form of, for example, its deficit, so you have to think about how the Commission would assess the rule of law among its member states, what methods would be used and who would do it,” she said. “At this stage it is difficult to speculate, we must wait for what the Commission will propose and then refer to it,” she added.

Morawiecki: We have a different perception

“We have a different perception of the justice system reform,” Prime Minister Mateusz Morawiecki said when asked about the dispute with the Commission.

“We want to thoroughly reform the justice system but the Commission is a bit different from what we are looking at some of the changes we are implementing. So the first thing – before any approximation takes place, mutual understanding must take place,” he stressed in an interview with PAP, referring to the preparation of a white paper that would “give our partners a certain clarity, clarity of perception of certain elements of the reform.” 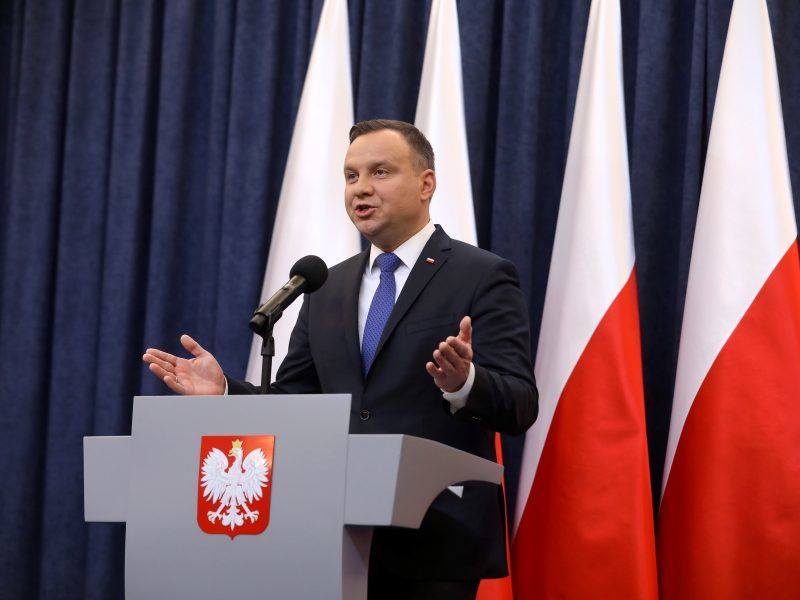 Poland will not agree to discrimination

The deputy head of the Ministry of Foreign Affairs, Konrad Szymański, however, has made it clear that Poland, which pays around €4.8 billion a year into the EU budget, would “never agree to discriminatory actions by other member states”.