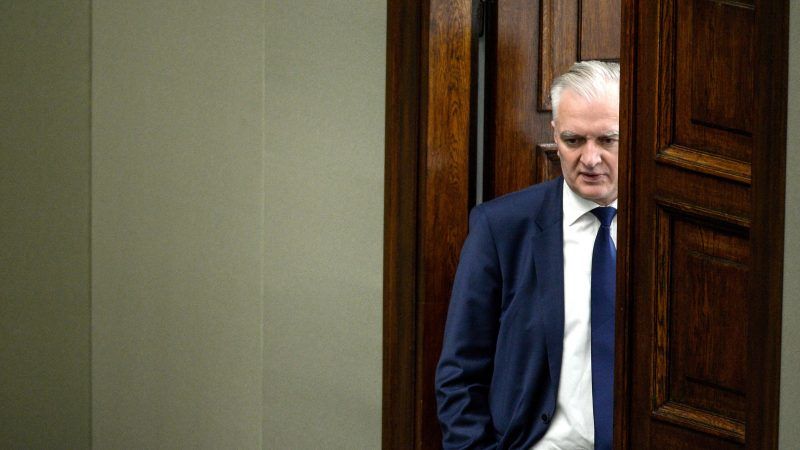 Polish Minister of Science and Higher Education Jaroslaw Gowin at a session in the Sejm (lower house) in Warsaw, Poland, 08 December 2017. [EPA-EFE/BARTLOMIEJ ZBOROWSKI]

According to Polish Deputy Prime Minister Jarosław Gowin, if the EU court were to take unprecedented action and decide to sanction Poland over its rule of law handling, the Polish government “will probably have no choice but to lead to a second precedent, or ignore the rulings of the CJEU as contrary to the Lisbon treaty and the whole spirit of European integration,” he told conservative Polish newspaper “Do Rzeczy”.

Gowin had been justice minister in the previous PO-PSL government.

The retirement law introduced by the ruling Law and Justice (PiS) party as part of a raft of controversial judicial reforms is at the heart of the confrontation between the Polish government, conservative right-wing ruling party Law and Justice (PiS), and the EU. It concerns the lowering of the retirement age for Supreme Court judges from 70 to 65.

Earlier this month, Poland’s Supreme Court said it was suspending the forced early retirement of judges over the age of 65, suggesting that those judges who want to stay in office could do so until the EU’s top court decides if measures that will effectively allow the government to choose the court’s staff violate EU law.

But this week, the National Council of the Judiciary (KRS) started considering candidates for vacancies in the Supreme Court, after several judges already stepped down. The final list will go to Polish President Andrzej Duda. 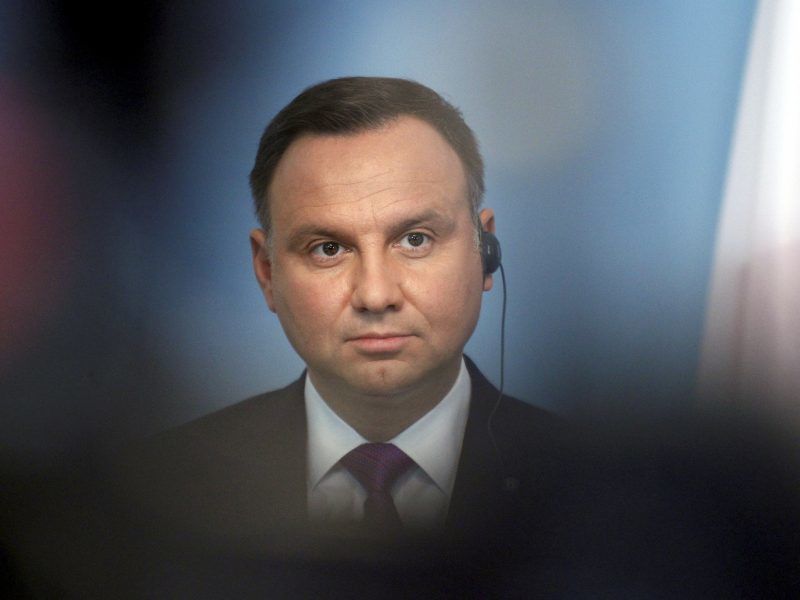 “I refuse to sign it and am sending the legislation …

In case Warsaw turned words into action, it could end up contesting Luxembourg case law in various matters concerning the relationship between members states of the European Union itself, experts believe.

“EU law is quite clear on this point: it can only work fairly for all the member states of the Union if it is uniformly applied throughout the territory of all the member states. The functioning of the Union would be paralysed if governments were in the position to cherry-pick among the decisions of the Court of Justice,” Dimitri Kochenov, professor of EU constitutional law at the University of Groningen, told EURACTIV.

“Comments like this one abundantly illustrate the core problem at hand: a government busy undermining the judiciary at home has now started to threaten in the most direct manner international judicial institutions in order to free-ride unconstrained on the rules established for all the member states,” he said.

However, Kochenov advised caution when it comes to the EU’s response.

“While a number of tools is present in the system of EU law to push Poland to change its ways, it would probably be unwise to push too hard: ultimately, sufficient isolation of the rogue government through European law by refusing to accept phony judgments, call fake judges what they are while making history doing its job could be the most helpful strategy.”

The only question, he said, is “how long it will take Poland to come back from the ongoing delirium. History is on the EU’s side”. 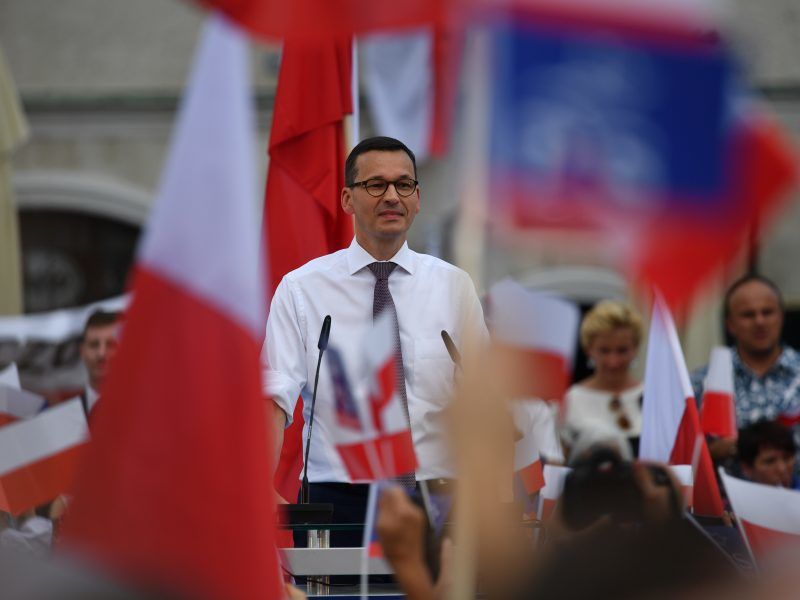 “Poland sets the standards, ideas and proposals that are copied by the whole of Europe,” Polish Prime Minister Mateusz Morawiecki said during an election campaign event for the local elections which are scheduled for 21 October. EURACTIV Poland reports.

The discussion was further fueled by reports suggesting that the Court’s speed in handling the issue was “not normal” – a claim the Court denied: “The cases have been lodged and are being dealt with in accordance with the Court’s ordinary procedures,” the Court’s press office clarified to EURACTIV.

“This conflict [between Warsaw and Brussels] is in a completely different phase, I’m not worried about it anymore, because [Deputy Commission President Frans] Timmermans himself admitted that he does not want to address this issue in the Council. It is not surprising because we convinced most of the countries that the justice should be the exclusive competence of the member states,” he concluded.

Besides the retirement law, the judiciary overhaul programme also includes ending the terms of office of the majority of the National Judicial Council (KRS), and choosing their successors in parliament instead, as well as giving the justice minister broad powers to make changes in the lower courts.