Poland has come under fire for refusing to take in its share of asylum-seekers under an EU plan to tackle Europe’s migration crisis, citing security fears following last month’s jihadist attacks in Brussels.

The conservative government has also faced criticism over controversial reforms that prompted the EU to launch a probe in January to determine if proposed changes to Poland’s constitutional court violate the bloc’s democracy rules.

“The Union must be more decisive. The EU is strong, but weak on the level of decision-making and that’s its problem today,” Duda, a member of the ruling right-wing Law and Justice (PiS) party, told PAP news agency.

“It is possible that it comes from the fact that the EU shows too little solidarity,” he added.

“There is not enough solidarity in understanding the situation of the countries of Central and Eastern Europe.

“Put differently, the countries that recently joined the EU are seeking to catch up with the rich countries of the West.

‘Solidarity’ is an emblematic word which has a powerful meaning in Poland’s – and Europe’s – recent history.

In the early 1980s, the Solidarność trade union was instrumental in speeding up the collapse of the communist regime, not only in Poland but across Eastern Europe as a whole.

The former Polish President has used the term “solidarity” in his messages to the EU as well. 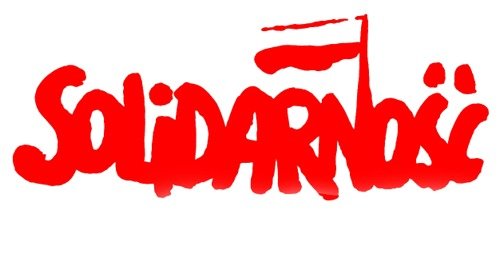 On his first visit to Brussels, Polish President Bronis?aw Komorowski stressed his continued backing for European assistance to poorer regions and farmers ahead of EU budget talks later this year.

“We are seeking to raise the standard of living for young people so that they don’t have to seek work abroad to have a proper salary and to live normally,” Duda said.

In an apparent reference to the Nord Stream 2 pipeline, which will bring Russian gas to Western Europe, Duda also called on the EU to understand “the issues important to the sovereignty of states, such as energy policy and that of raw materials”.

Poland has been critical of the project, which it claims undermines the EU in the face of Russian aggression and is also seen as a challenge to the country’s coal industry.

But Duda said that he, like “the great majority of Poles”, valued the EU greatly.

“I support the EU as a union of nation-states that cooperates especially in the economic field, without interfering in matters that should remain in the area of national sovereignty,” he said.

Since the PiS swept to power in October’s elections, relations have chilled between Poland and EU institutions, which have expressed alarm over Polish reforms to the constitutional court and public media.