The ceremony of unveiling the bust of former Polish President Lech Kaczynski during the ceremonies commemorating the 7th anniversary of the presidential plane crash near Smolensk. Warsaw, 10 April. [EPA/Jakub Kaminski]

Polish authorities said on Thursday (1 June) they had found the remains of two other people in the coffin of former president Lech Kaczyński while investigating the plane crash in Russia that killed him and 95 others in 2010.

The caskets of 11 further victims also contained body parts of others, prosecutors said after examining 24 coffins from the crash, which some officials of the ruling right-wing party have blamed on an explosion aboard, without providing evidence.

The April 2010 crash near the western Russian city of Smolensk – the worst such disaster for Poland since World War Two – has left Polish society deeply divided over the cause despite the previous, centrist government’s conclusion from its own investigation that pilot error was at fault.

Poland’s current government under the Law and Justice (PiS) party, led by Lech Kaczyński’s twin brother Jaroslaw, took direct control of the prosecutors office and moved to re-examine the Smolensk crash after coming to power in late 2015, saying the previous investigation was not conducted properly.

Deputy Prosecutor General Marek Pasionek told reporters that in 12 of 24 coffins reopened since last year, bodies had been swapped in two, one contained half the body of another person while nine other caskets held scattered remains of other victims.

He said the coffin of Archbishop Miron Chodakowski contained only the upper half of his body while the lower half belonged to late General Tadeusz Ploski.

In the coffin of General Bronislaw Kwiatkowski there were 14 body parts belonging to seven other people, Pasionek said, adding that post-mortems would be finished by April next year.

In Moscow, the Kremlin and Russia’s foreign ministry did not immediately respond to calls and emails asking for comment. 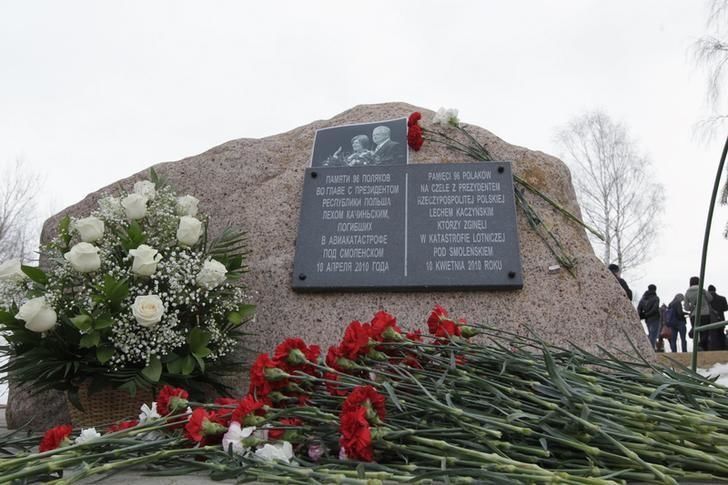 “Today we know that there was no diligence in (the post mortems conducted in Russia). There was nonchalance in the best case, and ill-will in the worst case,” Magdalena Merta, the widow of Tomasz Merta, a senior culture ministry official who died in the crash, told the Polish state agency PAP.

She accused Russia of “displaying a filthy attitude towards our dead”.

The current government’s move to reopen the coffins had split families of victims between those who mistrusted the post-crash procedures conducted in Russia and those who wanted their loved ones to be left to rest in peace.

While some high-ranking PiS officials repeatedly suggested that a bomb onboard brought down the plane, the PiS-led investigations has not produced supporting evidence, but have turned up the apparent failure of post mortems conducted in Russia to correctly identify the victims.

The plane crash occurred as pilots tried to land the Polish delegation in a Soviet-made TU-154 plane near Smolensk to take part in commemorations of thousands of Polish officers executed there by Soviet secret police in 1940.

The victims’ coffins were sealed in Russia and returned to Poland within two weeks of the plane crash. Last year, Polish prosecutors ordered the coffins to be reopened.

The current commission’s findings could worsen relations with Moscow – already strained over the conflict in Ukraine – but may also ease divisions in Polish society.

“It seems that these post-mortems have been conducted diligently and they finally seem to have convinced some of our compatriots that there was no assassination,” Radoslaw Sikorski, who was foreign minister under the previous government, told TVN24 on Monday (29 May) when some of the findings were leaked.

Russia has so far refused to return the wreckage of the jet to Poland, a member of NATO and the European Union, citing its own continuing investigation.

Nine post-mortems conducted by Poland before 2016 and showed that six bodies were in coffins that did not bear their names, officials said at the time.