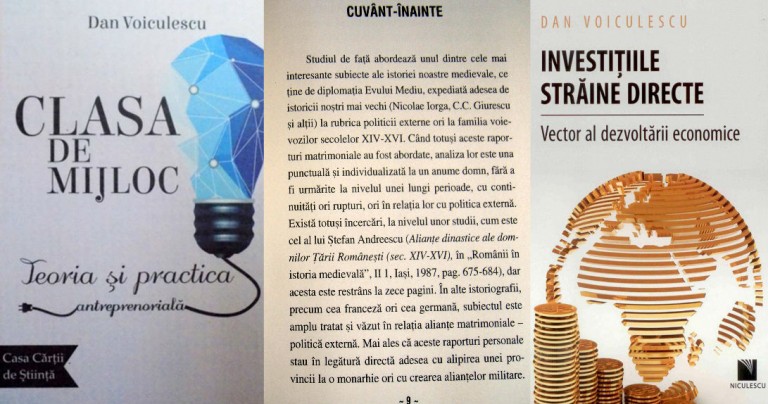 Exasperated by the flood of so-called scientific works from Romanian prisons, on 3 February, the government suspended a controversial law that allowed reduced sentences in exchange for publishing “works with scientific value”.

Under the suspended law, inmates had their jail term reduced by 30 days for every book of scientific value that they published during their imprisonment. Mostly VIP prisoners took advantage of this law: 337 such works were published in 2015.

Dan Voiculescu, a former senator and deputy prime minister, and a media mogul and prominent businessman, authored eight books in sixteen months while in jail, while one month later, the number increased to ten, according to the National Penitentiary Authority, as shown in an exclusive story published by EURACTIV Romania.

The law has been in force for many years. It actually comes from the Communist era, but “Romania hasn’t seen such abuses until recently”, Minister of Justice Ralunca Pruna commented while presenting her plan to abolish this legal gate to freedom.

The following table shows the dynamic of the extreme use of this “get out of jail earlier” card by Romanian VIP inmates during the last two years, compared to the previous ones. This is official Justice Ministry data:

The abuse of “scientific works” has been, in one case, doubled by the lack of common sense. George Becali, a former Romanian MEP, and an ex-convict, is now a free person after writing five books. Becali openly admitted that he did not write the books.

There have also been allegations of this kind in several other cases, such as the one of George Copos, a former deputy prime-minister convicted for corruption. Copos , who served four years in prison, was accused of plagiarism over a book he allegedly wrote, bearing the academic-sounding title, Matrimonial Alliances as a Policy of Romanian Kings in the XIV-XVIth Centuries.

The coordination of a university professor is the only thing that’s required under the controversial law for an inmate to start working on a “scientific book”. Nobody cares what is actually written in that book, or who the author is. The pardon is granted almost automatically. This is why, in Romania, we have books that have almost no value at all, not to mention scientific value.

Many of the books meant to cut the time spent behind bars are probably written by ghostwriters, or at least guided by outside research personnel, who then pass the text on to the prisoners.

The prisoners then paid for a small print run of a few hundred copies of the book, thus buying themselves a month of freedom.

All this happened despite the National Anti-corruption Directorate, which proposed new guidelines in the law to stop the flow of “science” coming from the country’s prisons in the Spring of 2015.

“No one is verifying the scientific value of the work, or if they have time to write these books,” said Laura Codru?a Kövesi , chief prosecutor at the National Anticorruption Directorate (DNA). “People are writing eight, nine, ten books with no scientific value, but are still able to reduce their sentences. This is indirectly affecting the fight against corruption,” Kövesi told The Guardian.

The day the minister of justice announced their intention of abolishing this law, exasperated anti-corruption prosecutors announced a huge investigation into this phenomenon.

The results of this criminal investigation have not emerged, yet.

“This system is unmanageable for Romania right now. If you can’t manage it, don’t have it,” said Laura ?tefan, a Romanian anti-corruption expert.

Last Wednesday (3 February), following discussions with the Supreme Council of Magistrates, the government decided not to abolish the law, but to suspend it until September, when it hopes to find a proper mechanism to implement it.

Sources told EURACTIV Romania that the government is afraid of abolishing it, because it is concerned that it will be considered an act of discrimination against current prisoners.

No one knows what will happen to the inmate-authors that are still behind bars.

Will the books they have already written, or are in the process of completing, be taken into account, and grant them early freedom, or will their efforts be disregarded?

The debate is definitely not over.

On 27 January the Commission published its yearly reports on Romania and Bulgaria. Romania’s report is positive, for a second consecutive year.

The country’s judicial system has been able to jail enough officials form a government, including a former prime minister. It has indicted the outgoing premier Victor Ponta under a criminal investigation, alleging forgery, complicity in tax evasion and money laundering allegedly committed while he was a lawyer.

But the report also refers to obstructions in the Romanian Parliament, where MPs have put into question the Criminal Codes reform, and regularly team up to protect lawmakers against being stripped of parliamentarian immunity.