Slovakia’s Prime Minister Robert Fico said on Wednesday that (16 August) he wants to replace the Education Minister Peter Plavčan, who is a member of junior coalition partner the Slovak National Party (SNS), over alleged mismanagement of EU subsidies in his department.

The call came a day after three party leaders had taken a step towards ending a political crisis following an SNS announcement last week that it was quitting the coalition, demanding a new deal that would give it more influence. 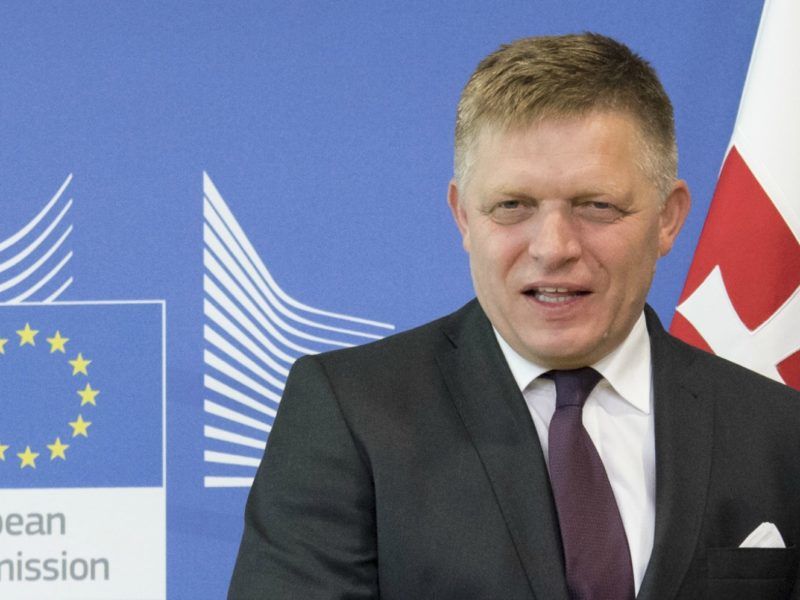 “I have to ask the SNS chairman to submit a proposal to replace the education minister as soon as possible,” Fico told journalists.

“None of the coalition parties can afford to gamble with public trust. (Events) at the education ministry cast doubts on the government’s fight against corruption,” he said.

Slovak media have reported that the ministry chose several companies with no history in research or innovation as recipients of EU subsidies aimed at supporting science.

SNS leader Andrej Danko reiterated on Wednesday that allegations of the misappropriation of funds were unfounded.

“The education minister will resign tomorrow but I deny any corruption linked to SNS,” Danko told journalists.

Opposition lawmakers have alleged the SNS pulled out of the coalition last week to divert attention from a row over the distribution of €300 million in EU subsidies by the education department headed by Plavčan.

The European Commission has sent a warning letter to the Slovak government and temporarily banned Slovakia from drawing money from the programme.

Danko did not say whether his party would continue to support the ruling coalition after what he called a “betrayal by Fico” earlier on Wednesday.

The government needs the votes of all three coalition parties – the nationalist-conservative SNS, Fico’s centre-left Smer and the ethnic Hungarian party Most-Hid – to maintain a majority in the 150-seat parliament.

“In the coming four days I will be thinking about what’s next for me in this coalition … I will reconsider whether to stay in politics at all,” Danko said.