Slovakian president Zuzana Čaputová has criticised Beijing for not respecting human rights, during a visit by China’s foreign affairs chief on Wednesday (10 July). Wang Yi was in Slovakia to discuss the involvement of the Visegrád Four in the Silk Road project.

Čaputová expressed her concerns in line with the European Union’s common position, about the deteriorating human rights situation in China and the detention of lawyers and human rights activists, as well as about the position of ethnic and religious minorities. She expects progress in the human rights dialogue between the EU and China.

“The common aim should be the developing of relations based on respect and values, which Slovakia as a member of the EU shares,” Čaputová said.

“I informed the minister of foreign affairs that protection of human rights is the main basis for our freedom,” she said.

However, she offered praise to China for making steps towards reducing its greenhouse gas emissions. 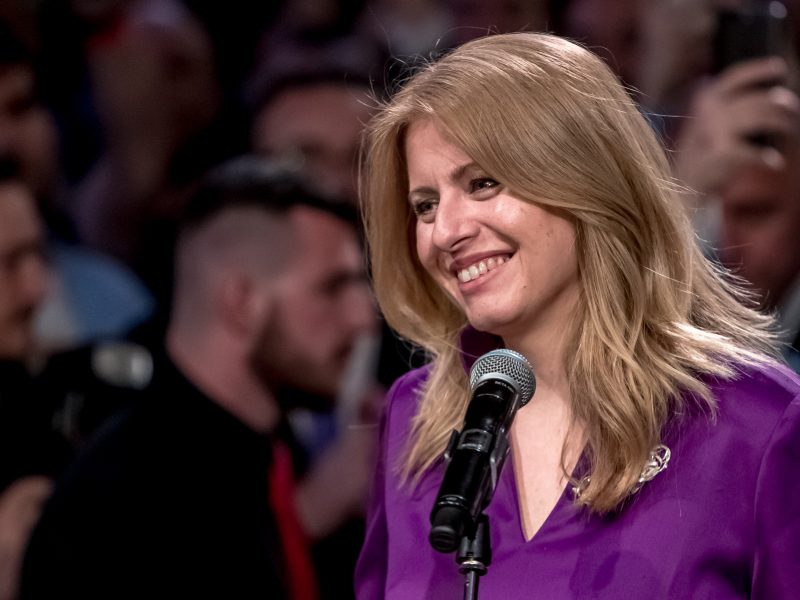 In 2016, then President Andrej Kiska met with Tibet’s spiritual leader, the Dalai Lama, who visited Slovakia as part of his trip across Europe.

The move prompted an angry reaction from China, which has described the Dalai Lama as a “splitist” and a “wolf in monk’s robes” who advocates Tibet’s independence,

Most politicians in post-communist Eastern Europe have steered clear of criticising China’s record on freedom of speech, its treatment of religious and ethnic minorities and other  social issues.

Wang Yi spent two days in Poland before visiting Slovakia, but the atmosphere was much different.

In Warsaw, the focus of the ministerial meetings was on economic cooperation. Polish Foreign Minister Jacek Czaputowicz agreed on the need for stronger trade and China promised to increase investments in Poland.

“We are open to Chinese investments, especially greenfields, in the manufacturing and innovative sectors,” Czaputowicz said.

Wang Weijing, a former executive of Chinese technology giant Huawei, was arrested in January in Poland, on suspicion of espionage.

“China invests a lot in Europe, but only five percent of its EU investments are in central and east European states. We appreciate China being ready to take actions for building more balanced economic partnership with Poland. We will continue dialogue with China on eliminating barriers to the access of Polish products to the Chinese market,” Czaputowicz commented following the meeting.

Wang’s last stop in his tour of the Visegrád Four is Hungary, which became the first European country to sign a bilateral agreement on the Belt and Road Initiative four years ago.

The Czech Republic is the only country from the group that was not on the visit list. Czech President Miloš Zeman is known as a great supporter of Beijing and during his presidential career has already visited China five times.

His last visit to the country was in April, when he confirmed cooperation in the New Silk Road.

Zeman has long pushed for closer ties with Beijing and has firmly supported Huawei in the furore that followed the allegations of espionage.

The Czech president has also defended China’s human rights record, telling Chinese CCTV that he did not come to China to teach it about human rights. Later, he added: “We have to try to understand how China has stabilised its society.”