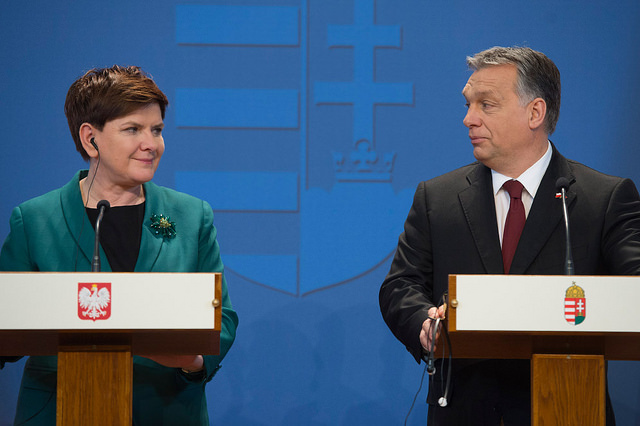 The United Nations agency for refugees called on central European countries to overcome public opposition and give more help to refugees from war-torn regions.

The UNHCR made its plea on Thursday (11 September), before a summit of the Visegrad group – Poland, Hungary, Czech Republic and Slovakia -opens in Prague on Monday (15 February).

The group opposes European Union efforts to distribute asylum seekers across the EU and instead wants to emphasise securing the EU’s external borders.

“It is time for the leadership in Central Europe to set a strong example and commit to helping families fleeing war and human rights violations, irrespective of their nationality or religion,” the UNHCR’s regional representative for Central Europe, Montserrat Feixas Vih, said in a statement.

“Leaders in the region need to offer safety to people fleeing persecution. They cannot be bystanders during this unprecedented humanitarian situation.”

Hungary saw significant numbers of refugees pass through its territory en route to Austria, Germany and Sweden in the last year, until it built a fence on its southern borders with Serbia and Croatia.

Other Visegrad countries have only seen a trickle of migrants coming through, but they have also taken a strict stance against accepting any significant numbers of migrants.

Leaders of the Visegrad group, Bulgaria and Macedonia will discuss responses to the wave of migrants at the Monday meeting, held before an EU summit on 18-19 February.

A senior Hungarian official said on Thursday that Hungary expected renewed pressure on its border when refugee numbers pick up again, which is expected in the spring.

Prime Minister Viktor Orbán’s chief of staff, Janos Lazar, also said Hungary was making preparations to erect a fence on its border with Romania if needed to keep out migrants.

Indirectly addressing Orbán, who has gone out of his way argue that the refugee influx is a military threat, not a humanitarian crisis, the UN communique concluded:

“Leaders in the region need to offer safety to people fleeing persecution. They cannot be bystanders during this unprecedented humanitarian situation. The world expects them to contribute to saving lives and restoring hope for those who have lost everything.”