The Białowieża forest boasts unique plant and animal life -- including the continent's largest mammal, the European bison -- as well as one of the largest surviving parts of the primeval forest that covered the European plain 10,000 years ago. [@BirdLifeEurope/Twitter]

UNESCO on Wednesday (5 July) “strongly” urged Poland to stop logging the older parts of the ancient Białowieża forest, a world heritage site that includes some of Europe’s last primeval woodland.

The large-scale logging authorised by the Polish government began in May of last year and has since drawn concern from environmental activists, scientists and the European Union. 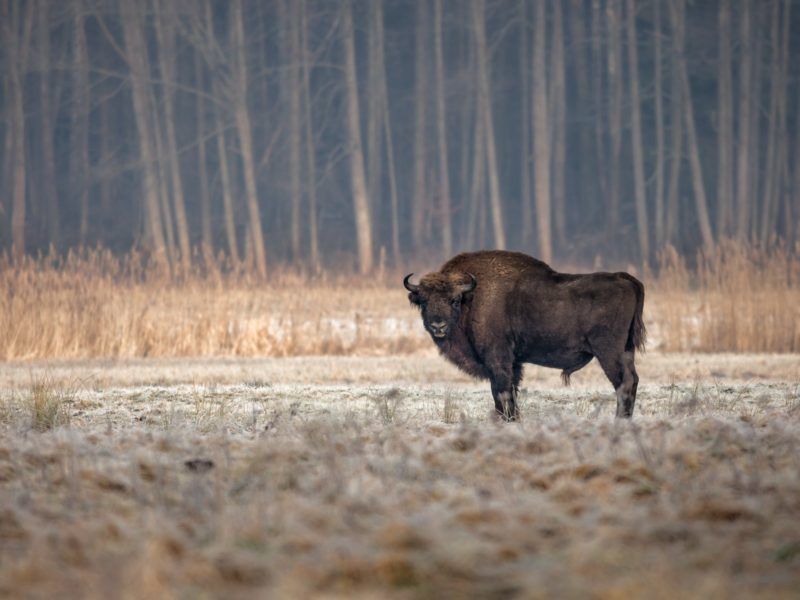 UNESCO “strongly urges (Poland) to immediately halt all logging and wood extraction in old-growth forests,” the World Heritage Committee said in a statement during its annual session.

Victory for #Bialowieza as UNESCO calls for halt to illegal logging. Thank you @UNESCO for standing up #41WHC https://t.co/ZLQOFyL8yg pic.twitter.com/MRxeyZe8IY

The committee, which is meeting in the southern Polish city of Krakow this year, also called on “the state party of Poland to maintain the continuity and integrity of protected old-growth forest in Białowieża forest.”

Straddling Poland’s eastern border with Belarus, Białowieża boasts unique plant and animal life — including the continent’s largest mammal, the European bison — as well as one of the largest surviving parts of the primeval forest that covered the European plain 10,000 years ago.

The Polish government has said it authorised the logging to contain damage caused by a spruce bark beetle infestation and to fight the risk of forest fires.

But environmental activists allege that the government’s explanation is being used as a cover for the commercial logging of protected old-growth forests.

.@UNESCO called for halt to logging in Białowieza Forest & is going to send another control mission to check the current state of the forest pic.twitter.com/0KmgIey1ux

UNESCO urged Poland to “clarify third-party reports about logging targeting species other than those affected by bark beetle, which cannot be justified as so-called sanitary cuttings”.

The European Commission for its part gave Polish authorities a “final warning” in late April to address its concerns over the forest or face being summoned by the EU’s top court.

“But we have no illusions. This doesn’t mean that the saws will stop tomorrow in Białowieża. But one day it will end up happening, I hope, sooner rather than later.”

The committee said it would send a monitoring mission to Białowieża, while Environment Minister Jan Szyszko invited UNESCO delegates to the forest on Saturday (8 July).