A view of Tashkent [Georgi Gotev]

Uzbekistan votes Sunday (22 December) in the former Soviet republic’s first parliamentary elections since a new leader ushered in an era of reform after years of isolation and stagnation, yet voters’ choices remain highly restricted.

President Shavkat Mirziyoyev took charge of Central Asia’s most populous country in 2016 in the wake of the death of hardline predecessor and former patron Islam Karimov, who had ruled for almost three decades.

Mirziyoyev has been lauded for doing away with many of Karimov’s authoritarian excesses, releasing some political prisoners and opening up the landlocked state to tourism and foreign investment.

Muslim-majority but staunchly secular Uzbekistan, whose regional clout was often seen as limited by Karimov’s isolationist policies, is home to 33 million people, 20 million of whom can vote.

Britain’s influential magazine The Economist this week named Uzbekistan as its country of the year, saying “no other country travelled so far” in 2019.

North Macedonia, Sudan and New Zealand gave us reasons to be cheerful in 2019. Surprisingly, so did Uzbekistan https://t.co/swBC2KTTyU

Yet the reform drive has so far not allowed real competition to Mirziyoyev to develop. The five political factions contesting Sunday’s vote are all present in the current parliament, which has a long-earned reputation as a rubber stamp.

But just three years into Mirziyoyev’s rule, citizens in the capital Tashkent are demanding more from their elected officials and voicing concerns they would not have dared express under Karimov.

People should vote “so that life gets better” said Sardor Annazarov, a 45-year-old real estate agent who complained of the rising cost of living in an expanding economy liberalised as part of Mirziyoyev’s reforms.

Shahzod Alikulov, a builder, said the future parliament should ease the burden of the majority-rural population who feel the sharp end of energy shortages.

“For people to have gas, electricity, roads. That is what I will give my vote for,” he told AFP.

Mirziyoyev has criticised lawmakers for passivity and called on them to take a greater role in policymaking. The elections are being held under the slogan “New Uzbekistan, new elections”.

But the Organisation for Security and Cooperation in Europe (OSCE), which is sending an observer mission to the polls, has said many features of past votes remain in place.

It said the election campaign was tepid by international standards. “Very few campaign posters are visible… So far, very little evidence of outdoor campaign activities has been observed,” the report said.

The party with the boldest promises is the Milliy Tiklanish (National Revival) Party, which opposes Uzbekistan’s potential entry into a trade bloc led by ally Russia and wants to replace Prime Minister Abdulla Aripov with its own candidate.

But Milliy Tiklanish is fully supportive of Mirziyoyev’s reform agenda, just like the other four parties.

Uzbekistan’s political evolution “will need time,” the party’s chairman Alisher Kadyrov told AFP. “Our problems did not appear yesterday but over a number of years.”

Milliy Tiklanish currently has 36 seats in the 150-member Oliy Majlis lower house, behind the Liberal Democratic Party, which has 52.

The Liberal Democrats nominated Karimov — regularly criticised by international watchdogs over torture and forced labour allegations — in weakly contested presidential elections in 2007 and 2015.

In 2016 it nominated Mirziyoyev, who has continued to honour Karimov’s legacy despite overhauling some of his most restrictive policies. Notably, he pegged back forced labour in the republic’s cotton fields. 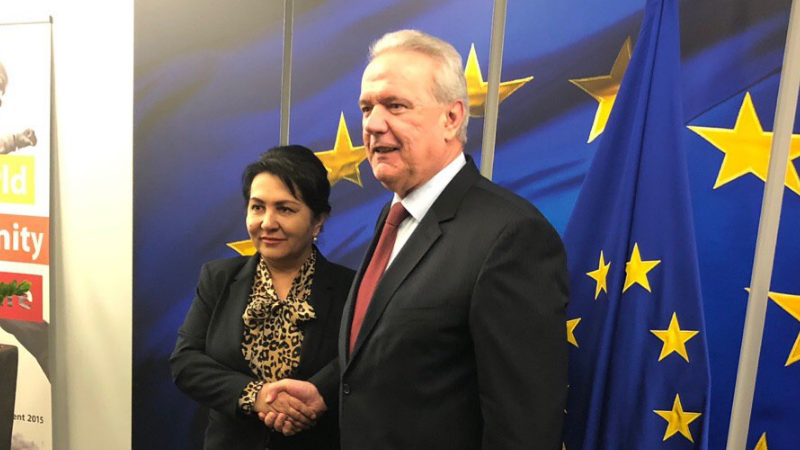 Luca Anceschi, a senior lecturer in Central Asian Studies at the University of Glasgow, said it is too early to say whether the vote holds any significance in the broader context of Uzbekistan’s political transformation.

Popular participation in the polls “seems a crucial element of Mirziyoyev’s strategy of support building,” Anceschi told AFP by email.

As to whether parliament can evolve as an institution, “the jury is out there,” he said.