Czech Prime Minister Andrej Babiš may have survived a no-confidence vote on 27 June, but his coalition government is torn by internal strife and appears to be nearer the end than at any point in its past 12 months.

The tensions within the government are increasing because the Social Democrats (ČSSD) have threatened to leave the coalition with Babiš’s ANO party unless the current minister of culture is replaced.

The Social Democrats are angry at President Miloš Zeman, who has spent the last six weeks refusing to accept Babiš’s proposal to dismiss the Minister of Culture, Antonín Staněk.

This has been described by several constitutional experts as a violation of the constitution and the prime minister was advised to file a lawsuit against the head of state, who argued that the constitution does not impose any time limit. 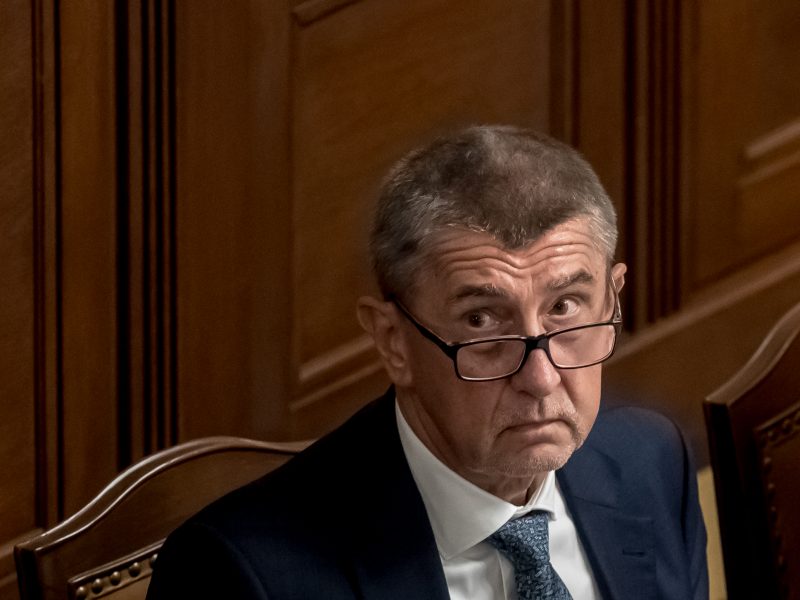 Babiš met with Zeman on Thursday but was refused again, as Zeman said that he did not consider the new candidate, Michal Šmarda, to be suitable for the post. However, at a meeting on Friday (12 July) with the chairman of ČSSD, Jan Hamáček, Zeman promised to dismiss the minister on 31 July.

This promise does not mean Babiš’s government is out of the woods.

“I am not optimistic and do not see any progress in this crisis. Finally, our president decided to accept the proposal, on the other hand it is possible that we will leave the government earlier. There are only two options for us. The president will dismiss the current Minister of Culture and replace him with Šmarda or we are leaving the government,” said Hamáček.

Internal rifts within the Social Democratic Party came to light over the weekend. Some members insist on immediately walking out of the government, while others support the continuation of coalition.

Some members stated their party wants to be a sovereign part of the government and that the bending of the constitution by president is not acceptable.

According to political scientist Kamil Švec it is highly possible that president will continue to block Šmarda. Prime Minister Babiš has, himself, also expressed concerns about Šmarda and confirmed that “Zeman has his opinion on Šmarda, whom he does not consider an ideal candidate for this post.”

The president’s attitude and his constant delay in resolving the crisis has sparked concerns among some political scientists that president is trying to create a semi-presidential system. Facing prosecution, Babiš is in a weak position, because the head of state is the only body that can stop prosecution or grant him a pardon.

The position of ČSSD has also been weakened by the president’s close relations with the communists and populist right-wing party, the SPD.

“The weaker the prime minister, the stronger the president. We have now the weakest premier ever, we also have the strongest president in history. Zeman wants to be as strong as possible. Babiš fits him perfectly,” said Mikuláš Minář, head of Million Moments for Democracy (the NGO which organized protests against Babiš)

“The prime minister in a conflict of interests is easily blackmailed. He is dependent on president’s support.” Minář added.

“It is striking how bad the prime minister is in negotiations. He usually presents himself as a strong Prime Minister, a capable strategist and diplomat at foreign level. He cannot even get rid of a minister in his own government. The president’s promise does not solve the crisis in government. It is just an embarrassing charade,” said the chairman of the Pirate party, Ivan Bartoš.