People protest against the reform of acts on the Supreme Court, organized by Citizens of the Republic of Poland (Obywatele RP) social movement, in Warsaw, Poland, 08 December 2017. [EPA-EFE/Marcin Obara]

When I think about the past two years in Poland, the infamous poem by Władysław Broniewski – “Word about Stalin”, written on the occasion of the Soviet dictator’s 70th birthday – comes to my mind, writes Bartosz T. Wieliński.

Bartosz T. Wieliński is the head of the foreign affairs desk of Gazeta Wyborcza.

“Revolution is the steam engine of history” was the artistic metaphor Broniewski used in his work.

The ruling Law and Justice (PiS) party has never concealed its revolutionary impulses. For a long time, they stated that they would thoroughly rebuild Poland, allegedly brought to ruin by previous governments; that they would raise the country from its knees, after being humiliated by the European Union and Germany.

Nobody expected that under their rule Poland, once a model of democratic transformation, would end up on the list of countries where democracy and the rule of law are threatened.

The revolutionary PiS steam locomotive was picking up speed for two years. It swept away the Constitutional Court and the independent prosecutor’s office. It ran over the public media. It began to devastate theatres, museums and research institutes.

What had been independent of state power before the autumn of 2015 has become completely obedient. The Constitutional Court issues sentences in line with the party’s line; prosecutors, police and special forces are puppets in the hands of politicians to such an extent that officers have no reservations about harassing personal enemies of the ruling elite.

Revolutionary purges have not only swept through administrative departments and the editorial offices of Telewizja Polska, but even through horse farms. 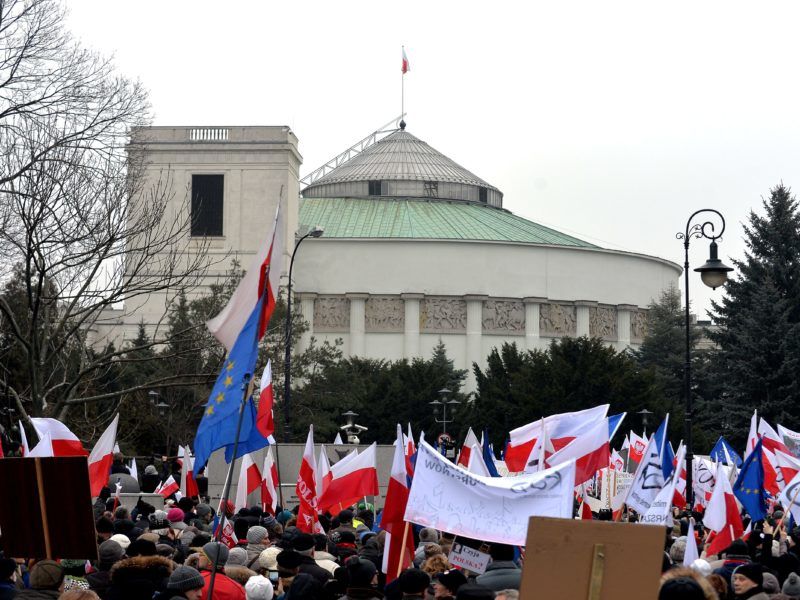 Poland’s media regulator has fined a major news channel over alleged biased coverage of anti-government protests in December 2016, and the broadcaster TVN24 vowed on Tuesday (12 December) to appeal.

The locomotive accelerated and today is running at a crazy speed. As I write these words, PiS senators are debating the changes that will subordinate the courts to the ruling party.

The deliberations of the upper chamber of the Polish parliament, just like the earlier deliberations of the Sejm and the work in the justice commission, are a farce. PiS has the power in each of them. The speaker of the Senate, belonging to PiS, brushes aside the opposition’s questions and works hard to end debates as soon as possible in order to pass the laws.

In August, the steam engine of the revolution swayed on its tracks because President Andrzej Duda vetoed laws subordinating the courts to the government. Now there is no point in counting on a presidential veto. The government will be able to influence the judges’ careers and, indirectly, the judgments they issue. The steam engine will go on and will accelerate further.

It is already clear that the next target will be the free press.

The National Broadcasting Council (KRRiT), dominated by PiS, has already targeted TVN 24, an information television company owned by the American group Scripps Network. The council imposed a 1.5 million zloty fine on the station for reporting last year’s huge anti-government protests in front of the Sejm.

It looks like Kaczyński is afraid of the free press. He prefers to control the state media rather than allowing an open debate. Very worrisome that he is following the example of Putin & Orbán. Poland deserves better https://t.co/EmvvUnGXis

Based on the analysis of an expert who makes no secret of his sympathy for the PiS government, the Council concluded that TVN 24 supported illegal activities threatening the security order.

Of course, the station can appeal the decision in court. But the courts have already been flattened by the revolutionary steam engine. It is hard to imagine that the judges subordinated to the ministry would give a judgment in favour of the television unfavourable to the government.

Unless PiS gets scared by the US State Department’s sharp response, which immediately recognised the punishment for TVN 24 as undermining media freedom in Poland.

Unless the party is impressed by the words of Guy Verhofstadt, the head of the Liberals in the European Parliament, who decided that the TVN24 case should accelerate the EU’s triggering of Article 7 of the EU Treaty and, as a result, lead to sanctions against Poland. 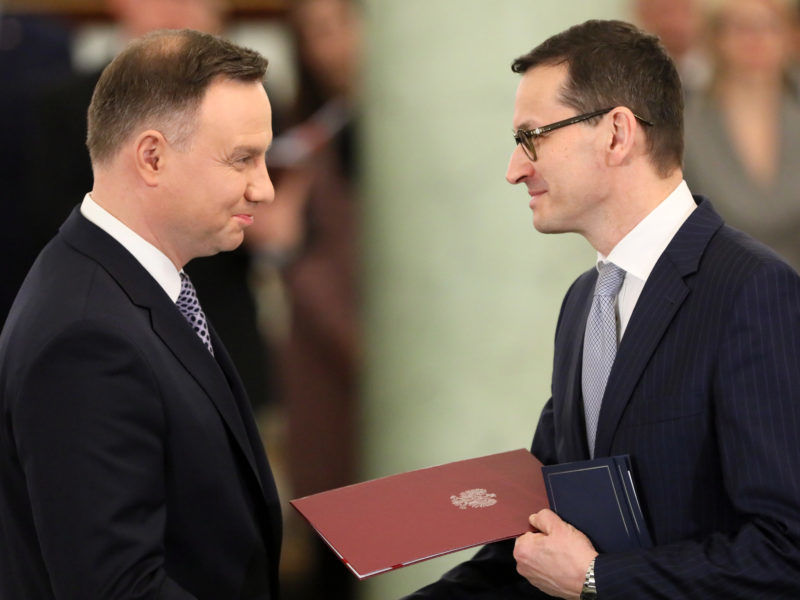 In such a situation, it is possible that PiS could spare TVN 24. But, of course, only for the moment. To me, it is clear that when the case turns silent and the attention of American diplomats and EU politicians turns to other events, PiS will try to gag the media again.

The revolutionary steam engine is rushing, it is accelerating, but neither the US nor the European Union, let alone Polish civil society or the opposition, will be able to derail it.

PiS will not rest until it subordinates all of the media to itself. Movements contesting the so-called “good change” introduced by PiS feed on what TVN24 shows, what “Gazeta Wyborcza”, weekly “Polityka” or “Newsweek” print.

These media report about anti-government demonstrations and hold those in power to account. That is why they are dangerous. Therefore, they must remain silent.

And the steam engine, in the meantime, has overcome another obstacle. PiS changed the electoral law for local elections. Thanks to this, the party will be able to freely shape the boundaries of electoral districts, to influence the result of the election. Next year, just before the parliamentary elections, it will probably be repeated.

It seems to me that the revolutionary locomotive may soon reach such speed that in Poland there will no longer be an institution capable of stopping PiS, civil rights will become a fiction and elections will be a façade, as well as the PiS-controlled Senate, Constitutional Court and the National Broadcasting Council.

We will live in a mixture of democracy and dictatorship – under surveillance and fed on propaganda.

Two years ago this seemed impossible. But at that time, the steam engine was only starting to pick up speed.

One response to “With freedom of thought under fire, Poland drifts away from democracy”