The agreement aims to ensure that if Canada launches a trade dispute against the EU, or vice-versa, they can be sure that the case can be adjudicated, appealed and settled in a ruling that both sides will respect as binding and final. 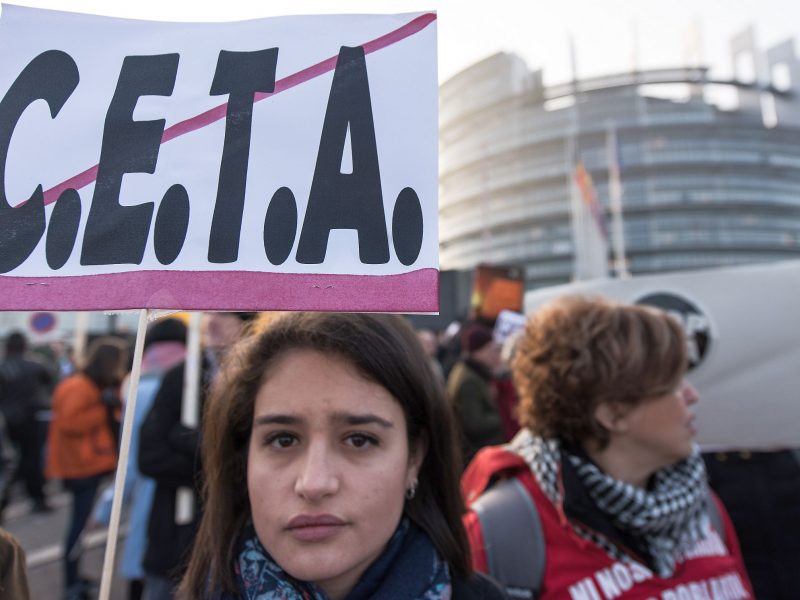 Louis Degos, an international arbitration lawyer, spoke to EURACTIV France about the French National Assembly’s ratification of CETA, the EU-Canada free trade agreement, which, in case of disputes, would resort to the use of often confidential arbitration procedure.

Such final rulings are widely seen as vital to tackling trade protectionism and supporting business confidence, and trade negotiators know that deals struck at the WTO will become part of a rulebook that has some teeth.

But under President Donald Trump, the United States has held up all appointments to the WTO’s Appellate Body, which makes final rulings in trade disputes, and the WTO is set to run short of judges from 11 December 2019.

Without an appeals process, trade disputes brought to the WTO risk going into legal limbo, rendering it useless as a place to enforce agreements.

The United States says the Appellate Body has a history of ignoring procedural rules and overstepping its own mandate, but critics say Trump is imperilling the global trade system because he wants to destroy an organisation that can overrule US law.

The Canada-EU agreement uses the WTO’s arbitration rules to replicate the Appellate Body as closely as possible, with former WTO judges hearing cases.

“The parties agree to abide by the arbitration award, which shall be final,” their bilateral agreement said.

The text of the deal said they had been prompted to act by extraordinary circumstances and utmost concern about the failure to fill judicial vacancies.

It is intended to be temporary and to last until the Appellate Body is restocked with judges. The United States has repeatedly said that it will not allow appointments because its concerns remain unaddressed, although 114 WTO members have petitioned it to do so.

The EU and Canada are expected to try to agree similar workaround arrangements with other WTO members such as China, India and Brazil, to ensure they can continue to rely on binding dispute settlement in future.

But some countries may prefer another method of avoiding legal limbo: by agreeing not to appeal.

Some trade experts think the United States, freed from binding judgments, could revert to a pre-WTO style of settling trade disputes, using diplomatic muscle to negotiate a solution rather than relying on judges in Geneva.