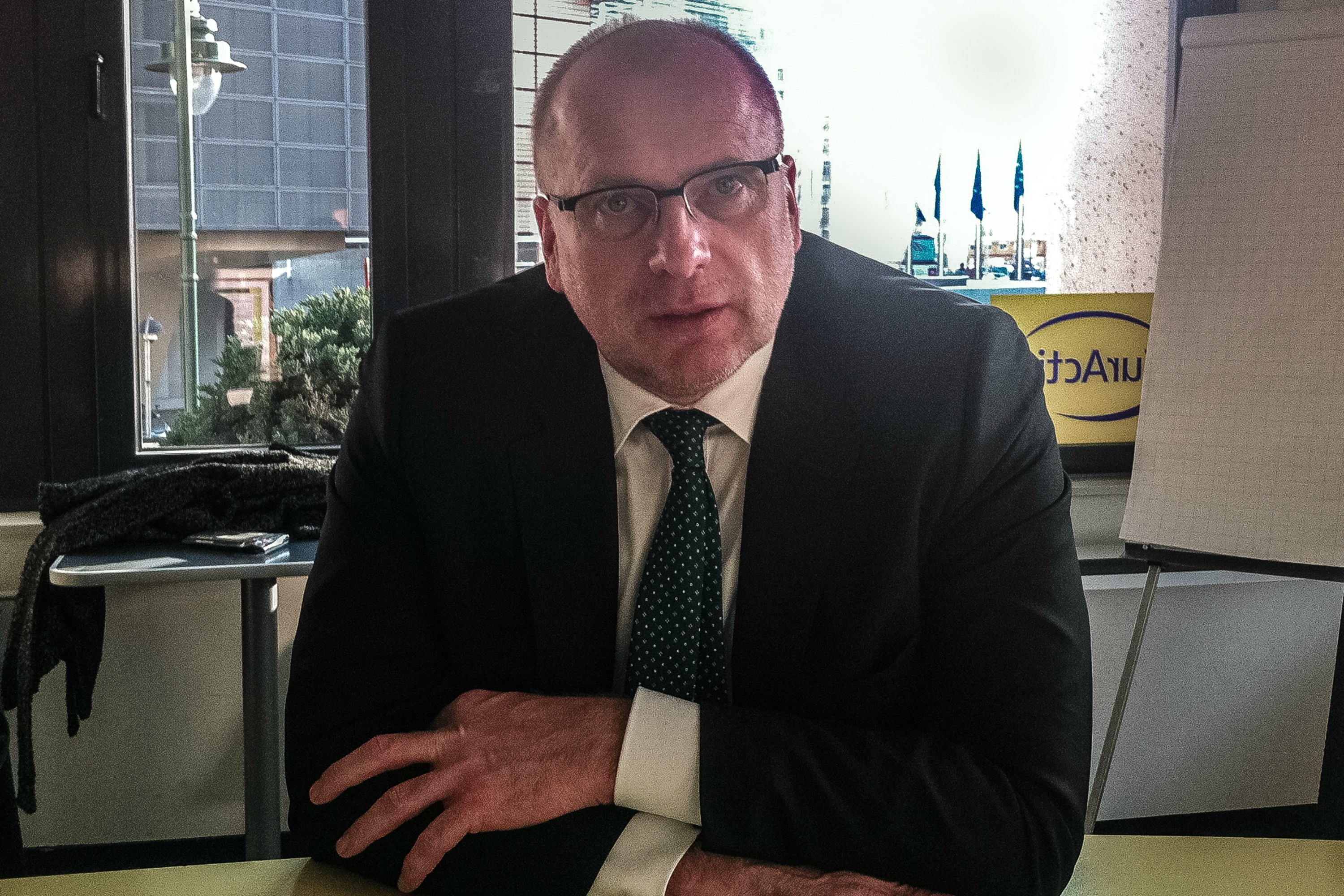 The EU will lose ground in Russia, because they discourage business, even in cases when there are no restrictions, Frank Schauff, CEO of the Association of European Businesses in Russia, told EURACTIV in an exclusive interview.

The Association of European Businesses represents and promotes the interests of European companies conducting business in and with the Russian Federation.

You came to Brussels to express the concerns of the European business community in Russia, in the current context of sanctions and counter-sanctions.

We came to Brussels with a delegation, as we do every year. We represent more than 600 mostly large European corporations working in or with Russia. As the main representation of foreign investors in Russia, we are very interested in the dialogue with the European authorities, especially given the circumstances we are given now with sanctions being imposed on Russia.

Who are your interlocutors in Brussels?

The main problem on our side is that if you look at the definition of sanctions and the purpose of sanctions, there should be a change in the behaviour from the side which is sanctioned, the Russian side in this case. But we don’t see a change in the political behaviour, because the Russians want to take a harder position than they would perhaps take otherwise.

The other point is that the sanctions have an impact, and might be even foremost for the European business. If you look at the financial sector, this plays a big role with regard to European projects. And if these financial sanctions are limited to certain areas, they have a much broader effect, because the banks are not very willing to finance projects related to Russia.

Another point is that sanctions lead to legal insecurity, because although it is not expressly stated, business is not done if there is any doubt about the legality of the sanctions. Here, the American sanctions seem to be much clearer in their wording and in their implementation.

On the whole, if this situation continues, it will endanger the predominant position which the Europeans have in Russia, in comparison with other competing countries, be it China, be it the US. Russia has from 45 to 50% of its foreign trade with the EU, and more than 50% of foreign investment in Russia comes from European sources. But the longer this situation takes, the more likely that the orientation of the Russian side might change.

I imagine that in the External Action Service you have been told that sanctions are a common decision of the 28 countries, that this is an important decision which needs to be enforced, and that for the time being, sanctions won’t be reversed…

The decision-making process is clear to us. But certain things, with regard to the ambiguity of the wording of the sanctions, were not really obvious to the people in the EEAS, and also in other DGs we talked to.

Can you give an example?

There is the question of the dual-use goods, which is part of the sanctions decisions, but depend also on the national authorities. The Bulgarians might treat an issue differently from the French or the Germans. Because of this, we hear that in many cases, companies would hesitate to start a project, because it takes too much time and too many resources to clarify issues.

Do the Russian authorities make your life more difficult?

The counter-sanctions of the Russian side, in the agriculture sector, certainly play a role. But, generally, the communication we have with the Russian authorities is not so bad. Given the current circumstances, they want to have good communication. They don’t want to scare off the foreign investors, because if a very large company would decide to leave the Russian market, this could have very many negative effects on the Russian economy.

Our chairman is going to deliver a speech on Friday in the presence of Mr. Putin. He had a meeting with the speaker of the State Duma [the lower chamber of the Russian parliament]. From my side, we had very intensive communication with ministers, also with the former Eurasian economic commission, because also it might be that they don’t want to lose touch with the Europeans.

Would the best solution be if the Minsk agreement is observed, and sanctions gradually lifted?

Definitely. We took a position a year ago that we are in favour of deescalation of the situation in and around Ukraine. Certainly, if the Minsk agreement is observed, this would be a big step forward. We also understand that economic sanctions would be taken away.

It is not surprising that we, as a business association, are not very much in favour of economic sanctions, because our members are certainly suffering from them. But it’s also clear that once decided, sanctions must be complied with.

But the Minsk agreement covers a long period of implementation, and it certainly means that sanctions won’t be lifted before the end of this year. Y

We understand this is a process which won’t happen from one day to the other. But it was important to me to hear from the German Minister of Foreign Affairs, Mr. Steinmeier, sees progress.

One response to “EU businesses in Russia: American sanctions are clearer”