A general view on buildings in Kazakhstan's capital of Astana, Kazakhstan,11 June 2017. The city, known earlier as Tselinograd, was an agricultural province in the steppe where the former Soviet Union government tried to grow record grain harvests. [Egor Kovalenko/EPA]

Kazakhstan is boosting its role in international and regional affairs by providing a platform for negotiations and being an intermediary between the superpowers. Astana’s ambitions to modernise the country are genuine, said Danila Bochkarev.

Danila Bochkarev is a senior fellow at the EastWest Institute.

Kazakhstan’s ambition to play a greater international role is obvious, as  the host of the Syria talks, as a promoter of nuclear non-proliferation, in its capacity as a non-permanent member of the UNSC. Reports suggest Astana has been active in mending relations between Russia and Turkey, brokering the Iranian nuclear deal and possibly mediating the conflict in Eastern Ukraine. Do you think Kazakhstan is becoming an important international player; is the EU aware of it and could this benefit relations between Astana and Brussels?

In a way, Astana is trying to use its intermediary role to ‘boost’ its international and regional position. It reminds me of Austria and Finland during the Cold War, which were able to increase their otherwise modest influence by providing a platform for negotiations and being an intermediary between the superpowers. This situation is similar to Kazakhstan’s position – a country located in a region dominated by the often competing interests of China, Russia and the United States. 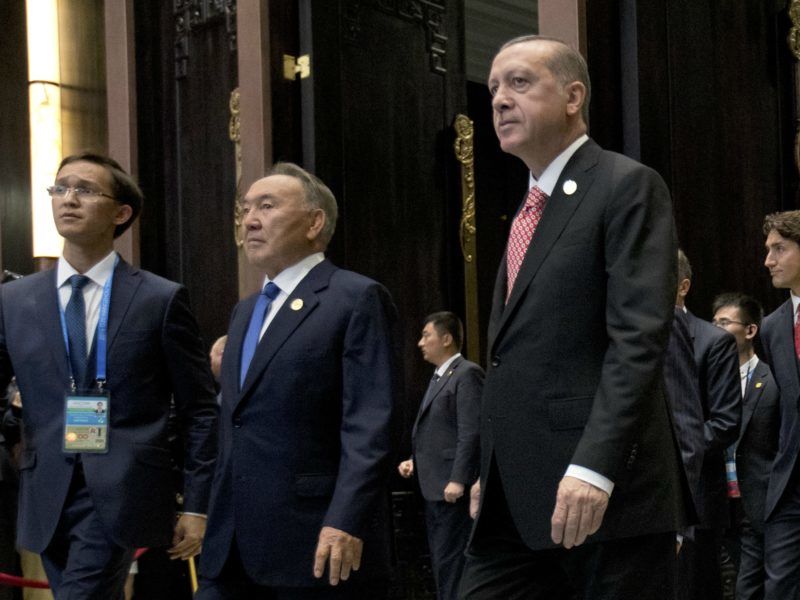 Central Asian countries are exploring forms of integration resembling those of the European Union, the latest one being the establishment of free movement of people and workers between Turkey and Kazakhstan.

Obviously the links of Kazakhstan with the Eurasian Economic Union, Russia, China, the US and EU are much stronger than with Turkey – there are linguistics differences, geographic distance and different economic and political interests. This explains that in terms of priorities  the Turkic Union is far behind…

Kazakhstan is one of the founding members of the Eurasian Union, with Russia and Belarus. What is new with this organisation and do you expect it could turn into something similar to the EU? In any case, Russia is pressing the EU to establish relations with the Eurasian Economic Union; do you think this is a good idea?

Regarding the Eurasian Economic Union, in a way it is reminiscent, including on the institutional level, of the earlier days of the European Union. For example, the executive body of the Eurasian Economic Union is named the Eurasian Economic Commission – similar to the European Commission. The difference is that the economic and political weight of Russia in the EEU is much bigger than the weight of the most influential EU member states – Germany, France or the UK. This, however, does not mean Moscow could force any decisions it wants on the EEU – the reality on the ground is much more complex. Brussels seems to be reluctant to establish a strong direct link with the EEU as it means the de facto recognition of another integration pole in Europe’s neighbourhood. However, if the EU wants to play a role in this region, it has to cooperate with all important actors including with the EEU.

How do you see the future of Kazakhstan-EU relations? Do you think a format similar to that used for the EU-Japan or EU-Australia summits is needed? Or would that be too much?

It is difficult to discuss the format of the EU-Kazakhstan relations. I would say it would be good if Brussels could reach Astana in different formats: both in bilateral and multilateral form (including via the Eurasian Economic Union). The best way, however, will be to focus on the concrete, specific issues where both parties could reach fast and mutually beneficial results.

Does Kazakhstan have the potential to play a positive role in the Organisation for Islamic Cooperation, also in the context of combating terrorism and violent extremism?

Astana could indeed play a positive role here as a culturally diverse state, situated both in Europe and Asia and with cultural links to both continents, where Muslim and non-Muslim populations have a good track record of cohabitation and cooperation.

Astana says it has plans to modernise the country, to make it more democratic, to improve the balance of powers, including by increasing the powers of the government and parliament. Do you think this effort is genuine, or is it only a PR exercise?

Modernisation is indeed one of Kazakhstan’s top priorities: Astana understands (and here we can draw parallels with Saudi Arabia’s Vision 2030) that oil is not enough to keep the economy afloat and develop the country.