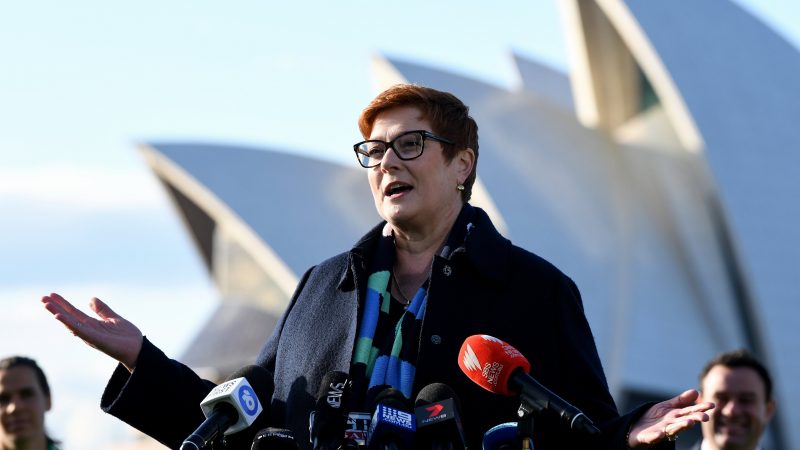 Australia said a decision to cancel two accords between Victoria state and China on the Belt and Road Initiative was taken to ensure consistency in foreign relations and was not aimed at any country.

The Chinese embassy earlier criticised the move by Foreign Minister Marise Payne to veto two agreements signed by Victoria state as “provocative” and said it would further damage ties with Australia.

Payne said on Thursday (22 April) that Australia was a federation and states entering into agreements with foreign governments are now required to consult with the federal government.

“This scheme is very focused on Australia’s national interest. It’s about ensuring consistency of our foreign relations across Australia and it’s most certainly not aimed at any one country,” she told ABC radio’s AM programme.

Beijing had been notified of the decision before it was made public on Wednesday evening.

Speaking to reporters in New Zealand after meeting with her counterpart Nanaia Mahuta, Payne said Australia sought a clear-eyed and practical engagement with China, particularly as the world emerged from COVID-19.

“We also have to acknowledge that China’s outlook, the nature of China’s external engagement, both in our region and globally, has changed in recent years, and an enduring partnership requires us to adapt to those new realities,” she said.

China is the largest trading partner of New Zealand and Australia.

Mahuta on Thursday repeated comments that New Zealand valued the Five Eyes security alliance – which also includes Australia, Britain, Canada and the United States – but questioned whether it was the right platform for New Zealand to speak out on human rights issues.

The comment, first made on Monday, has been widely interpreted as referring to recent Five Eyes joint statements criticising China.

Payne said the Five Eyes was a vital strategic alliance and Australia sought to deepen cooperation with its partners, who are liberal democracies.

In a joint written statement that did not mention China, Payne and Mahuta said they had “reaffirmed their intent to work together to preserve the liberal international order that has underpinned stability and prosperity in the region, and to foster a sustainable regional balance where all countries- large and small – can freely pursue their legitimate interests”.

They also agreed on the need for coordinated regional and global action on human rights and climate change, the statement said.

Australia’s conservative coalition government had declined to agree to a country-level MOU with China on the Belt and Road Initiative. But Victoria Labor Premier Dan Andrews signed an MOU to promote the infrastructure development initiative in 2018 and a framework agreement in 2019，saying it would bring Chinese investment to his state.

Hans Hendrischke from the University of Sydney Business School said the cancellation of the agreements would have minimal commercial impact because no projects had begun.

“It had no legal force and there were no specific deals,” he told Reuters.

Diplomatic relations between Australia and China have worsened since Canberra called for an international inquiry into the origins of the coronavirus, prompting trade reprisals from Beijing.

Fitch Ratings said economic co-dependencies between Australia and China will restrain Beijing from targeting major exports such as iron ore.