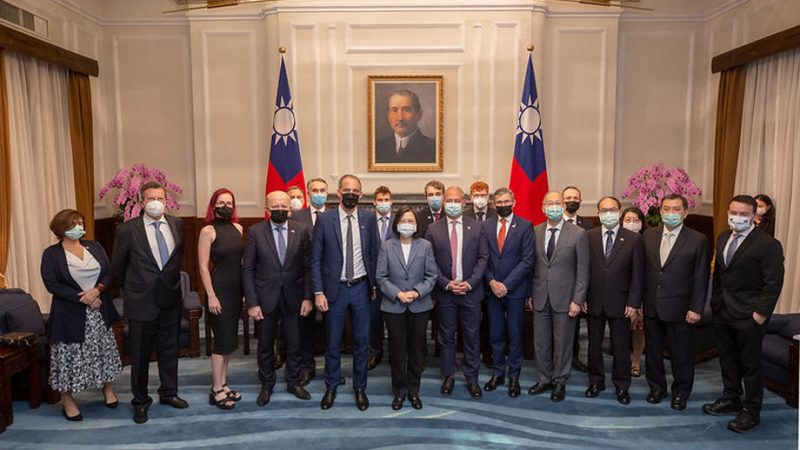 China vowed Friday (5 November) to punish “diehard” Taiwan politicians, saying it would ban several from visiting the mainland, as tensions between Beijing and Taipei spiked to their highest level in years.

China claims Taiwan as its territory — to be seized one day, by force if necessary — and has intensified efforts in recent years to isolate the self-ruled island on the international stage.

China has dramatically ramped up military activities in recent years, with a record number of planes intruding into the island’s air defence identification zone (ADIZ) in early October.

There's a lot to unpack behind why China is sending military aircraft into Taiwan's ADIZ. As many of you pointed out in my last thread, it's not about the ADIZ, which is not backed by international law.https://t.co/ycuDpDZqAU

On Friday, the Taiwan Affairs Office in Beijing warned that “the mainland will pursue criminal responsibility for Taiwan independence diehards in accordance with the law, to be effective for life”.

She added that Beijing has prohibited them and their family members from entering the mainland, Hong Kong or Macau.

Their affiliates would also be restricted from cooperating with mainland organisations and individuals, she said, without giving more details.

Taiwan’s Su on Friday brushed off the threat from Beijing, saying he “won’t be intimidated.”

“It doesn’t (rule) Taiwan for one day but it’s bossing Taiwan around,” Su said of Beijing when asked about the list of “diehards” in parliament.

The nationalist Kuomintang party fled to Taiwan in 1949 after losing the Chinese civil war.

The island of 24 million people has since transformed into a vibrant democracy and major tech hub, leading many — including President Tsai Ing-wen — to assert Taiwan’s distinct identity, which Beijing attacks as separatism.

Beijing-Taipei ties have plunged since Tsai rose to power in 2016.

“Those who forget their ancestors, betray their motherland and split the country will not come to a good end,” Zhu said.

The comments came a day after the head of a visiting European Parliament delegation to Taipei called Taiwan’s democracy “a treasure” to be protected, promising to stand with the island.

The head of a European Parliament delegation on Friday urged the international community to interact more with Taiwan to help defuse tensions with China, dismissing its claim that visiting the island was a provocation.

Beijing on Thursday expressed “strong dissatisfaction and firm opposition” to what has been described as the first “official” delegation to Taipei from the European Parliament. 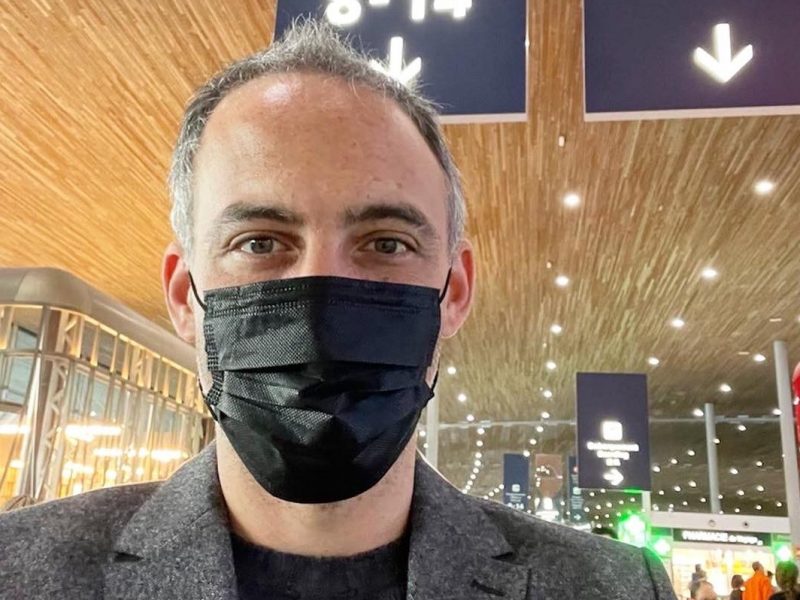 'You are not alone,' EU Parliament delegation tells Taiwan on first official visit

Taiwan’s democracy is “a treasure” to be protected, the head of a visiting European Parliament delegation said on Thursday, promising to stand with the island as tensions between Beijing and Taipei spiral to their highest level in years.

“It’s not a provocation to come to Taiwan. It should be normal,” French MEP Raphael Glucksmann told a press conference in Taipei.

He cautioned that isolation of the island would fuel tensions while “integration of Taiwan into our debate is actually defusing the deep concerns about security”.

“We are really convinced that the more you have interactions between the international community and Taiwan, the less dangerous the situation will be in the (Taiwan) Strait,” said Glucksmann, who led the delegation.

Glucksmann, a vocal China critic who was among five lawmakers sanctioned by the country in March, said he was not afraid of Beijing’s moves.

“We won’t do anything to provoke any other power but we won’t do things because we are afraid about provocation letters or sanctions,” he added.

Beijing also reacted with anger when a group of French senators led by Alain Richard travelled to Taipei last month, despite warning letters sent by its ambassador to Paris.

Last year, China called a visit to Taiwan by the president of the Czech Senate, Milos Vystrcil, a “provocation” and vowed he would “pay a high price”.