Some Chinese investments entail “macro-economic imbalances and debt-dependency” risk in the Western Balkans and impact EU objectives in the region, an EU spokesperson has said in light of a controversial energy project in Bosnia and Herzegovina. EURACTIV.com and EURACTIV Croatia report.

“Every country is free to establish its investment objectives. At the same time, the EU has concerns over the socioeconomic and financial effects some of China’s investments can have. There is the risk of macro-economic imbalances and debt-dependency,” an EU spokesperson told EURACTIV.

EURACTIV contacted the EU executive following a decision earlier this week of the parliament of the Federation of Bosnia and Herzegovina (BiH), one of Bosnia’s two entities, to grant prior consent for a €614 million loan for an energy project which involves China. 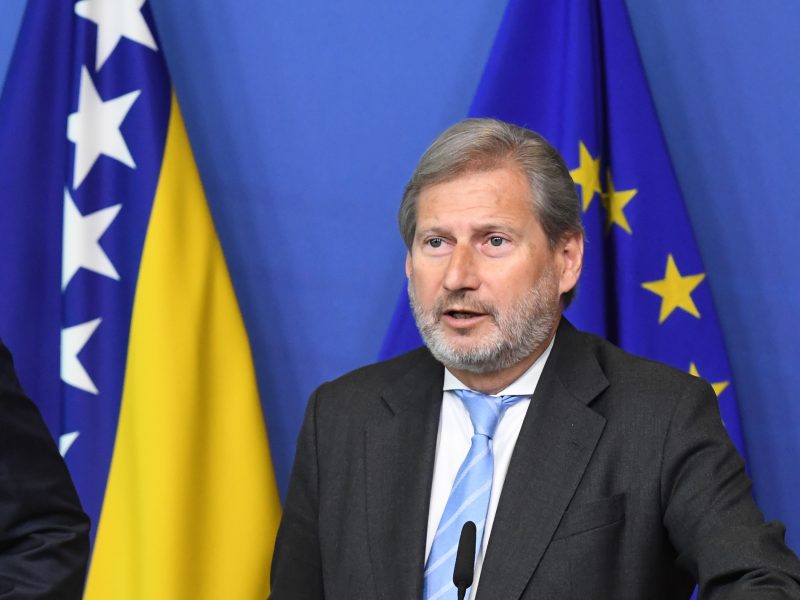 “The Federation needs to be energy independent,” the lawmakers said, adding that the Block 7 construction is a crucial project of public interest as it will provide energy and make Tuzla’s air “cleaner”.

Referring to China’s investments in the region, the EU spokesperson cited  Montenegro as a good example of how it works.

“A Chinese loan for a motorway is greatly limiting the country’s fiscal space and boosts public debt beyond 70% of GDP. So, these investments often come with strings attached. And that in return has an impact on our aim, namely to improve the stability and economic development of the Western Balkans regions but also further away, eg in Africa,” the EU official said.

On 9 April, the 21st EU-China summit is going to take place in Brussels, where the EU will seek a “balanced relation, which ensures fair competition and equal market access”.

On 28 March, Commissioner Johannes Hahn paid a visit to Bosnia and Herzegovina and pointed out that the country should endeavour to decarbonise energy production and invest more in renewables.

EU candidate countries (Albania, Montenegro, North Macedonia, and Serbia) as well as potential candidates (Bosnia-Herzegovina and Kosovo) have Stabilisation and Association Agreements (SAA) with the EU in place and are members of the Energy Community.

The EU official said those countries had to respect the relevant provisions of the SAA and the Energy Community Treaty with regard to state aid.

“In this respect, any state aid which distorts or threatens to distort competition by favouring certain undertakings or certain products, insofar as it may affect trade between the Community and in this case, Bosnia-Herzegovina, is not compatible with the proper functioning of the SAA and the Energy Community Treaty, respectively.”

The EU spokesperson added that the Energy Community Secretariat expressed clear concerns in reference to non-compliance with EU state aid rules regarding the development of the Block 7 project.

“BiH authorities have to address those concerns and seek a resolution to the benefit of all parties involved,” the official concluded.