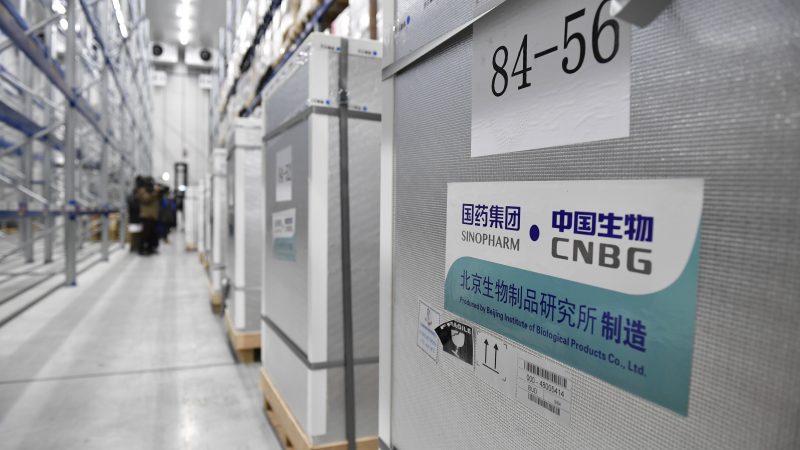 Containers with the vaccine against COVID-19 produced by China' Sinopharm are stored in the logistics center of Hungarian pharmaceutical wholesaler Hungaropharma in Budapest, Hungary, 16 February 2021. [Marton Monus/EPA/EFE]

The inoculations began Thursday (25 February) as some Hungarian doctors fret that Sinopharm’s Chinese maker has provided only minimal information on clinical trials of its vaccine, particularly for those aged over 60. 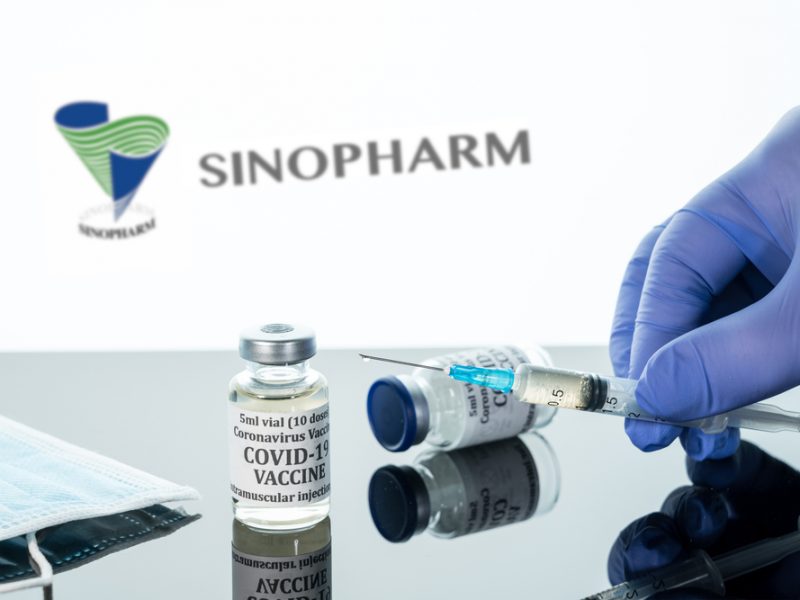 550,000 doses of the two-shot Chinese Sinopharm vaccine arrived in Hungary on Tuesday, making it the first EU country to receive the Chinese vaccine.

Vaccinations with the jab, however, can only start after the National Public Health Centre gives its …

Neither Sinopharm nor Russia’s Sputnik V jab, which Budapest also started rolling out this month in another EU first, are approved by the EU’s European Medicines Agency (EMA). 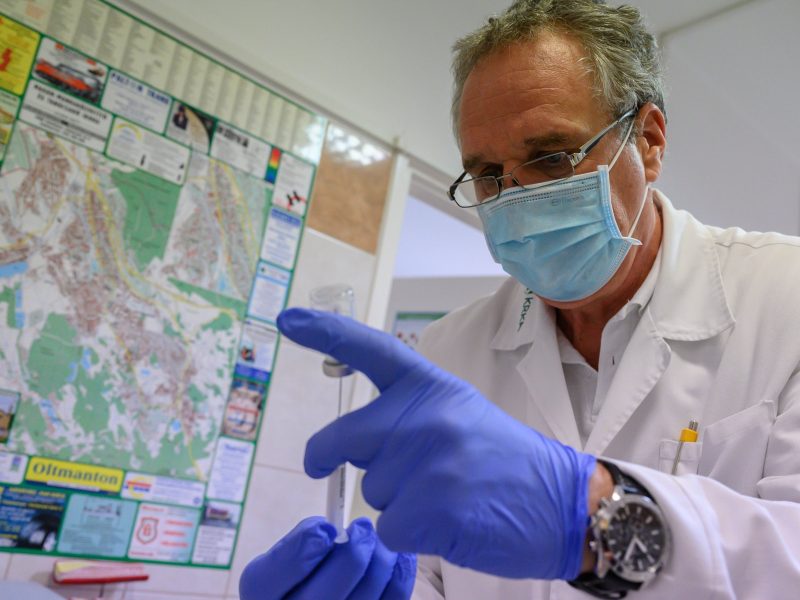 Hungarian health authorities have approved Russia’s coronavirus vaccine Sputnik V, the government said Sunday (7 February), with 40,000 doses of the jab already to be given.

In surveys of preferences among the five vaccines now used in Hungary, Sinopharm ranks last behind three western-developed vaccines — Pfizer-BioNTech, Moderna and AstraZeneca — as well as Sputnik V.

Prime Minister Viktor Orbán and health officials have urged citizens to put aside concerns about the Chinese vaccine while pro-government media have promoted its benefits.

For Cservak, waiting restlessly to be called into a vaccination centre — a pensioners club near the river Danube — scepticism about the Chinese drug is unwarranted.

“We are a country of 10 million virus experts, and some media are guilty of raising doubts in people who then hesitate to choose non-western vaccines,” the 75-year-old told AFP.

The first batch of 550,000 Sinopharm jabs from China arrived earlier this month accompanied by fanfare in public media.

Hungary expects to get a further one million doses in March and April in total, with 3.5 million more doses arriving in May, a senior minister said Thursday.

Some 50-55 doses each have already been dispatched to family doctors, who have been tasked with arranging appointments with patients on their roster.

“About 70% of the 67 patients on my list accepted to come in for a shot,” Dr. Emese Bone told AFP while staff helped arriving patients to fill out forms.

“But several elderly heard that there is not enough data on its effects on their age group, and while they think anything is better than getting Covid they decided to wait,” said Bone.

“A few worried about the lack of EMA approval, while three changed their mind about coming after hearing they might not be able to travel in Europe if they get non-EU jabs,” she said.

According to Szilvi Eszes, a nurse administering the jabs, those in the queue unsurprisingly had few reservations about the Chinese vaccines as they had already registered on a government vaccination website signed so far by around 2.5 million people.

“They might prefer Pfizer or Moderna but this is what is here now, they are free to say no, although who knows what will be available later and when,” she told AFP.

After receiving her shot Ilona Mester, 59, said she “can hardly wait” for the second dose in a month’s time.

“When they told me yesterday it would be the Chinese vaccine I wasn’t worried, I had read good things about it, and only had to think for a bit before accepting the appointment, I would have taken any vaccine, to be honest,” she said.

So far, almost half a million Hungarians have received at least one vaccine dose, mostly Pfizer shots, but officials said Thursday that the pace of inoculations will double with the newly procured Chinese jabs.

All those who have registered on the government’s website can be vaccinated by early April, said the country’s chief surgeon.

The inoculation drive comes as an extension of a partial lockdown in place since November until 15 March was announced Thursday following a steep rise in new infection cases.

“Without the Chinese and Russian vaccines we would be in big trouble,” Orbán said Friday in an interview, while criticising the “slow” pace of deliveries from the EU.

“Hungary can be the most vaccinated country in Europe by Easter,” he said, pledging to receive his own Sinopharm jab next week.

Critics have accused the 57-year-old premier of pressuring health authorities to green-light non-EU vaccines to win favour from China and Russia.

A leading doctors association said it could not recommend the Chinese or Russian drugs to colleagues “in good conscience” due to inadequate documentation.

But among those leaving the vaccination centre relief was the main emotion.

“A year ago I felt myself a young man, now I am an old man, I horribly miss not going to the pool or gym, and travelling, so I came here to get liberated and my old life back,” said Laszlo Cservak.

EU Council and Commission Presidents made it clear on Thursday that a future EU vaccination certificate would be valid only for jabs approved by EMA.