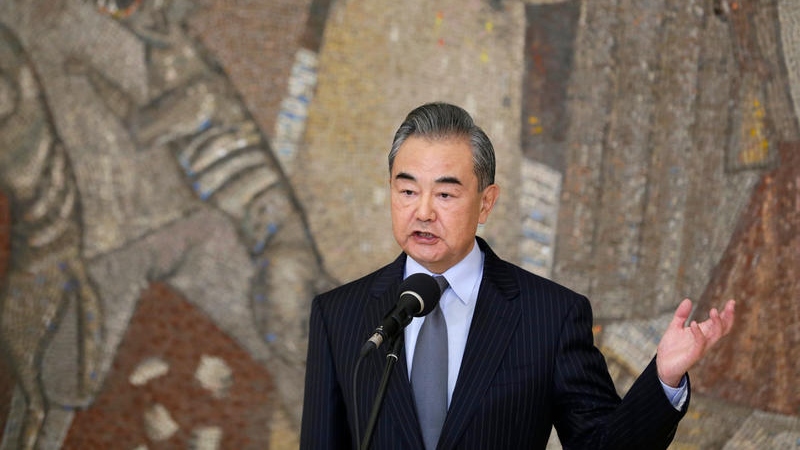 A senior Chinese government official said on Saturday (19 March) that sanctions imposed by Western nations on Russia over Ukraine are increasingly “outrageous”.

Vice Foreign Minister Le Yucheng also acknowledged Moscow’s point of view on NATO, saying the alliance should not further expand eastwards, forcing a nuclear power like Russia “into a corner”.

China has yet to condemn Russia’s action in Ukraine or call it an invasion, though it has expressed deep concern about the war. Beijing has also opposed economic sanctions on Russia over Ukraine, which it says are unilateral and are not authorised by the UN Security Council.

“The sanctions against Russia are getting more and more outrageous,” Le said at security forum in Beijing, adding that Russian citizens were being deprived of overseas assets “for no reason”.

“History has proven time and again that sanctions cannot solve problems. Sanctions will only harm ordinary people, impact the economic and financial system… and worsen the global economy.”

Russia calls its actions in Ukraine a “special operation” that it says is not designed to occupy territory but to destroy its neighbour’s military capabilities and capture what it regards as dangerous nationalists.

In a call on Friday between Joe Biden and Xi Jinping, the US president warned his Chinese counterpart of “consequences” if Beijing gave material support to Russia’s attack, the White House said.

Moscow has demanded legally binding guarantees from NATO that it will stop its expansion and return to its 1997 borders.

“This pursuit of absolute security (by NATO) precisely leads to absolute non-security,” Le said. “The consequences of forcing a major power, especially a nuclear power, into a corner are even more unimaginable.”

President Volodymyr Zelenskyy said this week that Ukraine could accept international security guarantees that stopped short of its longstanding aim to join NATO.ч

‘On the tight side of history’

China stands on the right side of history over the Ukraine crisis as time will tell, and its position is in line with the wishes of most countries, Chinese Foreign Minister Wang Yi said.

“China will never accept any external coercion or pressure, and opposes any unfounded accusations and suspicions against China,” Wang told reporters on Saturday evening, according to a statement published by his ministry on Sunday.

Wang said the most important message Xi sent was that China has always been a force for maintaining world peace.

“We have always stood for maintaining peace and opposing war,” Wang said, reiterating that China will make independent judgements.

“China’s position is objective and fair, and is in line with the wishes of most countries. Time will prove that China’s claims are on the right side of history.”

While saying it recognises Ukraine’s sovereignty, Beijing has repeatedly said that Russia has legitimate security concerns that should be addressed and urged a diplomatic solution to the conflict.

Pundits say Chine studies very carefully the Western reaction to Russia’s invasion of Ukraine. China is harboring hopes of asserting its sovereignty over Taiwan. Such move however would trigger a massive response, especially from the United States.