Draghi takes distance from Russia and China, anchors Italy to the West 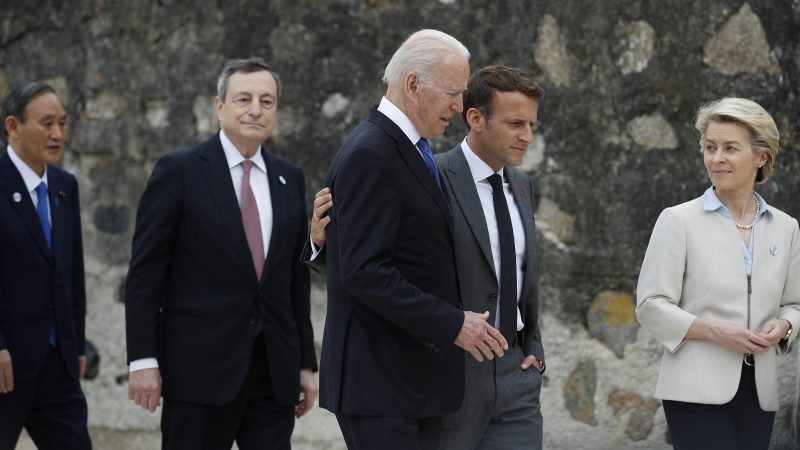 Italy’s Prime Minister Mario Draghi has clearly aligned his country with the EU and the Atlantic alliance, with strongly worded messages at the recent G7 and NATO summits that end his predecessors’ ambiguous position towards Russia and China.

After years in which Italy’s populist and far-right parties cosied up to autocratic regimes in Moscow and Beijing, Draghi’s comments return Italy to the West’s democratic fold.

For the former European Central Bank (ECB) chief, a veteran of Goldman Sachs and the World Bank, Italy’s place is at the heart of the West, as part of the European family and with like-minded democracies.

After the G7 summit last weekend with US President Joe Biden, Draghi railed against “China and in general all autocracies… which use disinformation… stop planes in flight, kidnap, kill, do not respect human rights, use forced labour”.

The tough language anchors Italian diplomacy “in its history”, according to the premier, and breaks with the attitude of the previous government led by Giuseppe Conte, comprising the then anti-establishment Five Star Movement (M5S) and Matteo Salvini’s far-right League.

Salvini, who was deputy prime minister, was a big admirer of Russia’s Vladimir Putin and then-US President Donald Trump. Of the Russian leader, he said: “There should be dozens of men like him in this country, who act in the interest of their own citizens.”

In March 2019, under Conte’s government, Italy became the first G7 country to sign up to China’s new “Belt and Road” project of transport and trade links stretching from Asia to Europe.

During a visit by President Xi Jinping, it signed a “non-binding” protocol to take part in the project, sparking concern in Brussels and Washington.

Draghi promised to “examine it carefully”, when asked about the protocol on Sunday.

“Nobody is disputing the fact that China has the right to be a large economy like the others that were sitting around the table. But what we discussed were the methods the country uses,” he told reporters.

For Jean-Pierre Darnis, scientific adviser for the Rome-based think tank the International Affairs Institute, the change in attitudes is clear.

“Mario Draghi has re-established at the head of the Italian government a classic pro-European, pro-Atlanticist policy,” he told AFP.

Draghi, the former banker, also knows how to do his sums.

While Italy is the main beneficiary of the EU’s €750 billion post-coronavirus recovery fund, it had an €18.6 billion trade deficit with China in 2019 — before patterns of global commerce were disrupted by the coronavirus pandemic. The shortfall with Russia was €6.4 billion.

In terms of countries to which Italy exports, China and Russia are ranked ninth and 16th, far behind Germany, France and the United States, official figures show.

For Massimo Franco, a commentator with the Corriere della Sera daily, Draghi’s comments against China and Russia were intended not only for Italy’s allies, but also were “a message aimed at the parties in his government”.

M5S and the League remain in government as part of a national unity coalition that encompasses almost all of Italy’s main political parties, which agreed to serve under Draghi to tackle the pandemic.

Expectations are impossibly high of the man credited with helping save the eurozone during the debt crisis while at the ECB, but it gives him a strong personal mandate.

Salvini makes no secret of his continued proximity to political leaders who do not share Draghi’s world view, and is notably close to Hungary’s Viktor Orbán.

Journalist Franco said the premier was speaking at the G7 to those “political forces that have intermittently shown the temptation to slide — and slide the country — to ambiguous positions, to the point of giving the impression of a dangerous equidistance between NATO and Russia or China”.