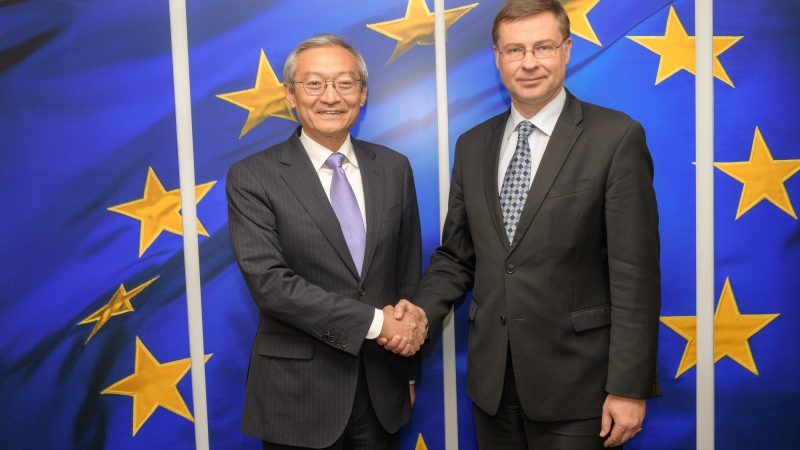 Valdis Dombrovskis, Vice-President of the EC in charge of the Euro and Social Dialogue, receives Zhang Ming, Head of the Mission of China to the EU. [European Commission]

China’s massive Belt and Road Initiative (BRI) is seen as a unique chance to strengthen economic cooperation between Beijing and Europe and a way to spur trade and the economies of the countries involved. But some consider it a strategic and self-interested tool for China to extend its sphere of influence.

On Wednesday (23 May), the European Business Summit held a roundtable to compare China’s and the EU’s vision of the BRI – sometimes called the New Silk Road.

Just starting within #Europeanbusinesssummit 2018 conference on Visions & Actions – EU-China Dialogue on the #Belt&RoadInitiative. Where global economy is heading for & what this means for all people and states‘ responsibility for shaping future @GUENGL @dieLinkeEP @EP_Trade pic.twitter.com/eMdyMIWA5D

The budget for this mammoth project is $1,000 billion, in accordance with its geographical immensity. It will link China to Europe by road – the Belt – and sea – the Road – through Central Asia and the Balkans, and it is also extending towards Africa.

“The BRI already brings together 86 members, countries and international organisations, and all parties have equal say. Projects are decided after joint discussion,” Zhang Ming, the ambassador and head of the Chinese mission to the EU, told the roundtable. 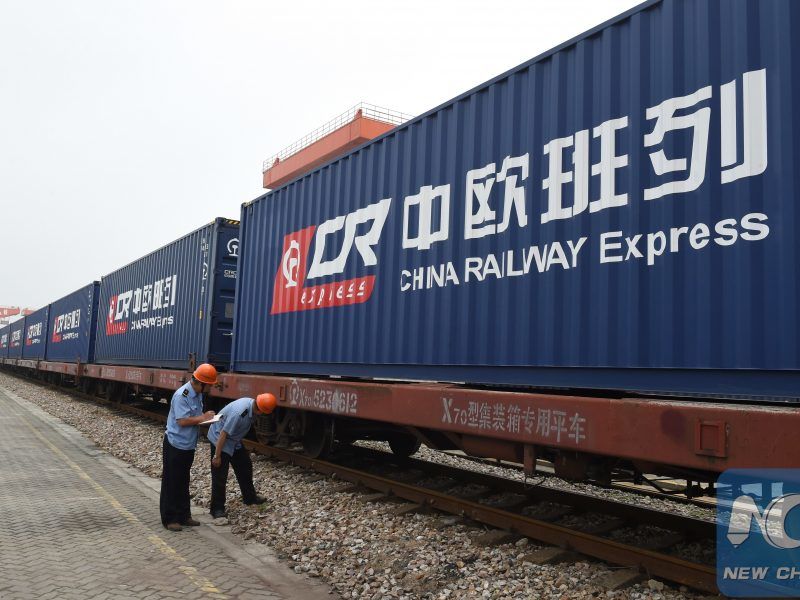 “We are following the principles of the UN charter, as well as international and trade rules. We also insist on transparency and sustainable development.”

Transparency is precisely one of the sticking points that make EU member states – especially those in the West – reluctant to sign the memorandum of understanding (MoU), a binding agreement that China wants to ink with as many countries as possible.

Luisa Santos, director for international relations at the European social partner BusinessEurope, pinpoints the lack of concrete opportunities for European enterprises. “Companies need predictability and transparency to apply for the project and ensure its sustainability,” she said.

She also stressed the fact that the number of European companies currently involved in the BRI is not significant enough to prove that the project can be trusted in the long run.

German MEP Helmut Scholz, a member of the Nordic Green Left, expressed concerns about the involvement of countries that are more fragile economically and about their ability to pay back the loans.

Investors need more certainty to get involved, and even though the Chinese genuinely wish to build a strong cooperation with the EU, they are not always willing to provide clear guarantees.

The first public clash between China and the EU happened during the New Silk Road summit in Beijing in May 2017, when Chinese officials tried to obtain their European counterparts’ signature at the last minute without mentioning it beforehand. But Dennis Pamlin, CEO of 21st Century Frontiers, said it could have been “cultural discrepancy”.

“China and the EU have a different cultural approach regarding business and transparency. For instance, the Chinese do not always see the point to bring an English-speaking translator when signing an agreement, simply because they consider that the negotiations are done,” Pamlin said.

So what the Europeans can see as asymmetry of information – or lack of transparency – is sometimes said to be only a cultural misunderstanding.

Despite that, eleven Central and Eastern EU member states have joined China in the so-called 16 + 1 format – an initiative by China aimed at intensifying and expanding cooperation with 11 EU member states and 5 Balkan countries.  A number of projects for infrastructures and logistics are well on their way.

The first country to join was Hungary in June 2015, followed by Poland the same year. In 2017, Estonia, Latvia and Slovenia were the last member states to join in. Five countries in the Balkans, which aspire for EU membership, are also signatories. With China’s establishment in the area, the expression “New Balkan’s Silk Road” is becoming common.

The BRI should be fully operational in 2049, just in time to celebrate the 100th anniversary of the People’s Republic of China (PRC).