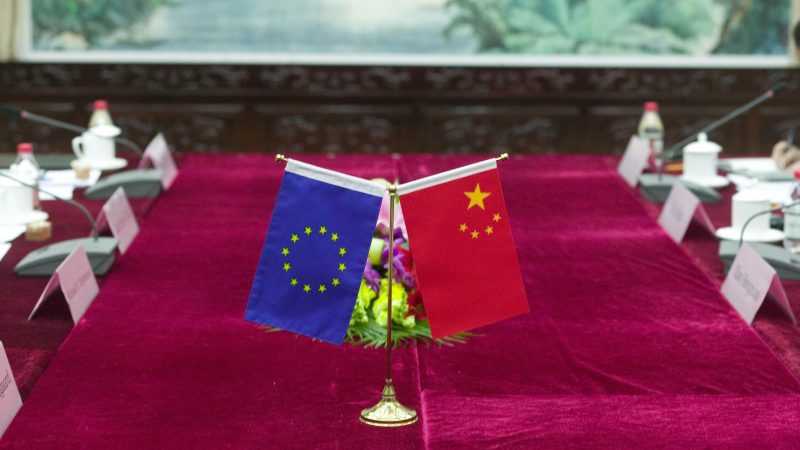 File photo. The EU and China flag are displayed ahead of a meeting in Beijing. [Europe by Satellite]

The European Union on Monday (21 December) called for China to release jailed lawyer Li Yuhan and other human rights defenders, as the bloc closes in on a major investment pact with Beijing.

Li was detained in 2017 after working as an attorney for rights lawyers swept up in Beijing’s “709 crackdown” — so named because it began on 9 July 2015.

“Credible sources indicate that, during her detention, Ms Li has been subject to torture and ill treatment and that she has not received adequate medical assistance,” a spokesperson for EU foreign policy chief Josep Borrell said in a statement.

“Her health condition has been seriously deteriorating while in detention.”

“The European Union expects China to ensure full respect for the rule of law,” it said.

The latest call from the EU for the rights defenders to be freed comes as Brussels and Beijing say they are getting near to sealing a long-awaited investment deal after seven years of negotiations.

The two economic powerhouses are keen to tie up the pact — which would lower barriers for EU firms to gain access to China’s lucrative markets — before the end of the year.

The deal would be a major boost for both sides and strengthen economic ties before the arrival of US president-elect Joe Biden in the White House in January, as Beijing squares off with Washington over trade.

Talks on the investment agreement have advanced despite major concerns in Europe over China’s human rights record, especially its clampdown in Hong Kong and treatment of the Uighurs.